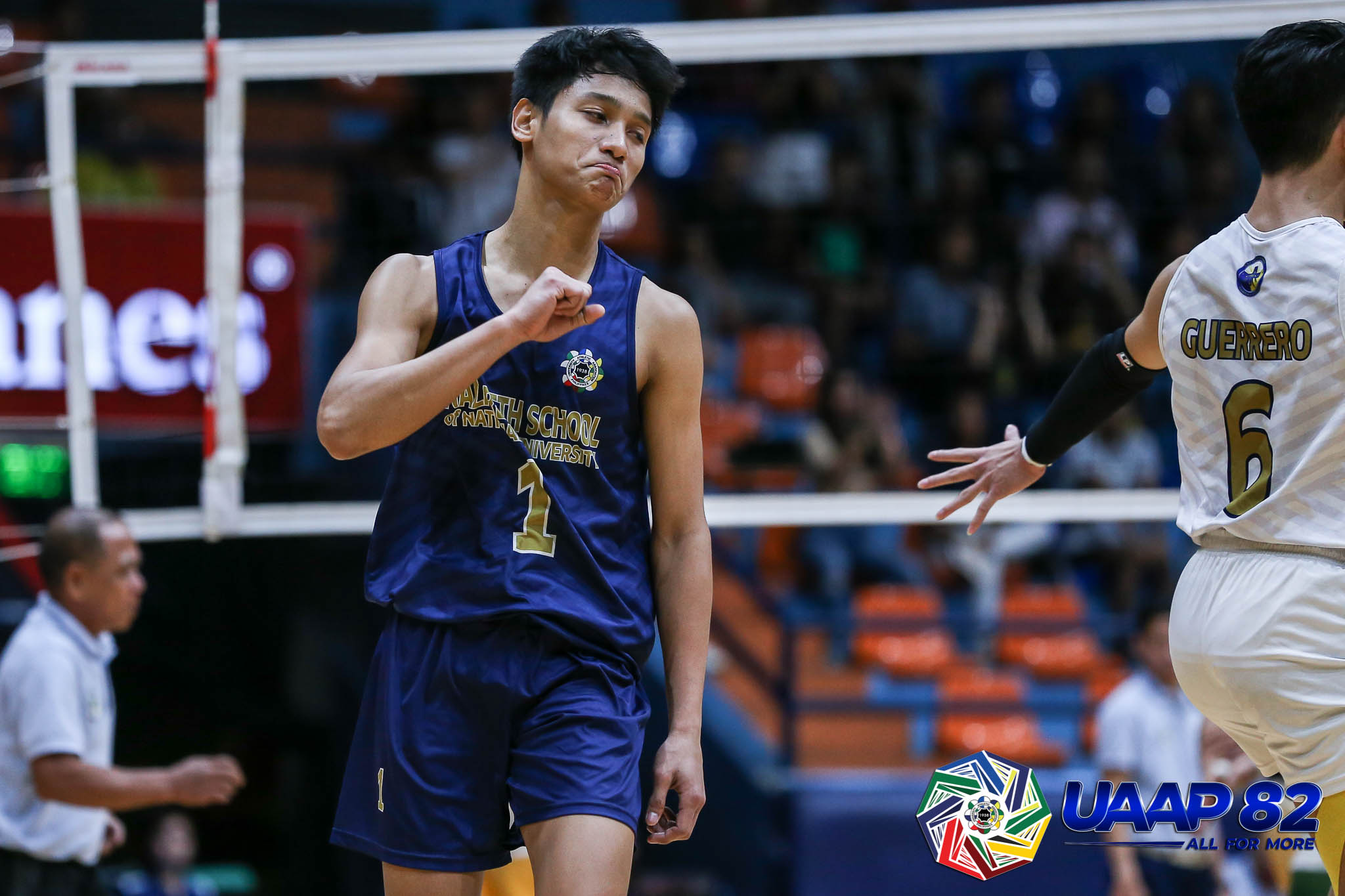 National University-Nazareth School moved to one win away from back-to-back UAAP Boys’ Volleyball titles after eking out a 25-21, 20-25, 25-19, 25-18 victory against top-seeded Far Eastern University-Diliman in Game One of the best-of-three finals at the Filoil Flying V Centre in San Juan Sunday.

Bryan Jaleco added 12 markers, including the drop ball that iced the victory, MJ Fortuna chipped in 10 markers while setter Dio Poquita had 15 excellent sets and 10 digs laced with three points.

NU zoomed to a 10-3 lead in the third period and exchanged points with FEU throughout to take a commanding 2-1 set lead.

Bandola sprained his left ankle in the third set after landing on a foot of his teammate during a combination play. Barroga said he will be ready for Game Two.