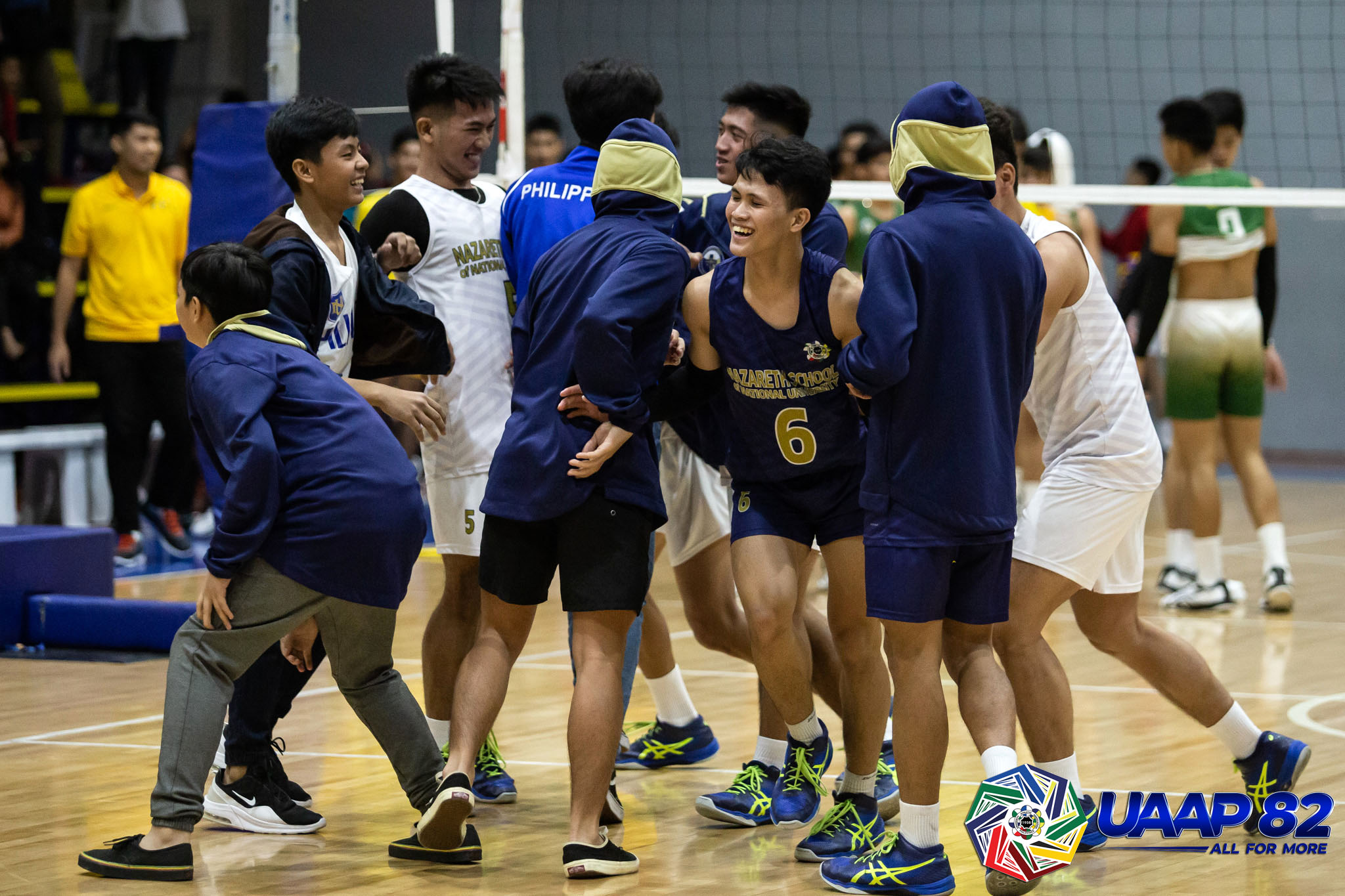 Trailing by a point in the fifth set, 9-10, the Bullpups unleashed a 6-2 finishing kick, capped by Bryan Jaleco’s block kill to score the victory.

The Baby Tamaraws, whose 10-match winning streak was snapped, committed a whopping 51 errors.

Rans Cajolo had six blocks to finish with 19 points while France Racaza and Jerold Talisayan each had 17 markers for FEU.

Evander Novillo unloaded all but one of his 12 points from spikes, John Gay had nine markers while Jude Aguilar patrolled the net with five blocks to end up with eight points as the Baby Falcons finished the eliminations in fourth place with a 6-6 card.

Adamson University hopes to gain favorable results of NU and UST’s final elimination round matched to advance in the Final Four.

John Paul Mangahis and Francis Babon each registered 13 points while Giles Torres added 10 as the Junior Warriors tied the Baby Tamaraws for the league’s best ranking at 10-1.

UE and FEU, which are already assured of twice-to-beat bonus in the Final Four, will dispute the No. 1 ranking on Saturday at the same venue.

The Tiger Cubs dropped to fifth place at 5-6, half-a-game behind the Baby Falcons.