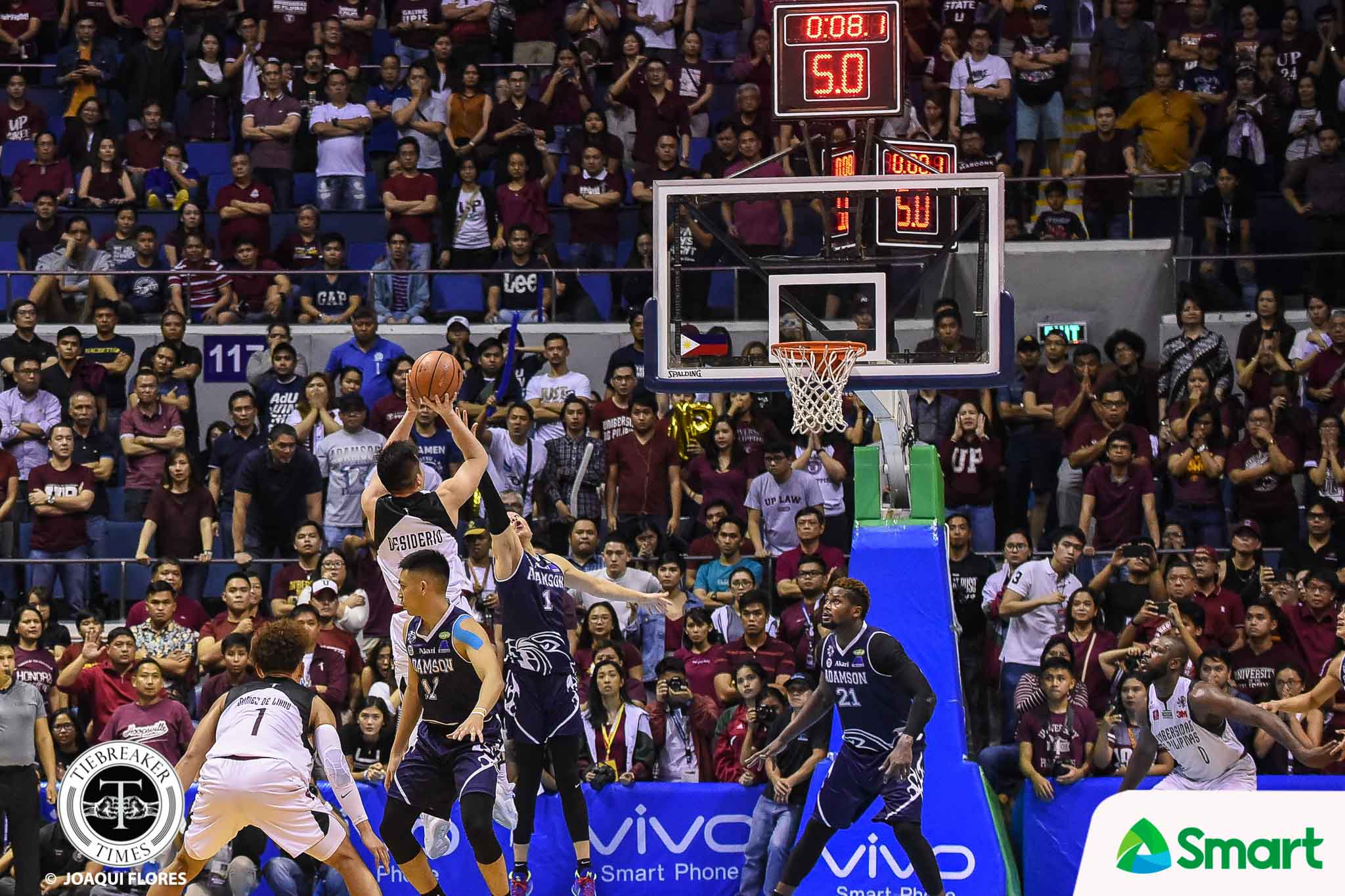 For the past year, Sean Manganti has haunted the University of the Philippines Fighting Maroons.

It all started back in October 4, 2017, when Sean Manganti nailed a putback game-winner to lift the Adamson Soaring Falcons to a 73-71 win.

Last October 28, Manganti was at it again.

The Fighting Maroons were able to cut the Soaring Falcons’ once-26 point lead down to just four with 1:33 left in the game. Jerom Lastimosa missed a floater, but Simon Camacho was there to gobble up the offensive board. From there, Camacho swung a pass to Jerrick Ahanmisi, who then threw a crosscourt pass to Manganti. Manganti gathered himself before knocking down the dagger that stopped UP’s rally.

After all the heartaches, the UP community wished someone could give Manganti the same heartbreak they have received.

And it came on November 28.

Both Paul Desiderio and Manganti were trying to keep their collegiate careers alive. A win in the knockout game would have extended their fight for at least two days.

But Desiderio did what a lot of Iskos and Iskas wanted to do.

For the UP senior though, it was nothing personal. He just needed to do his job. 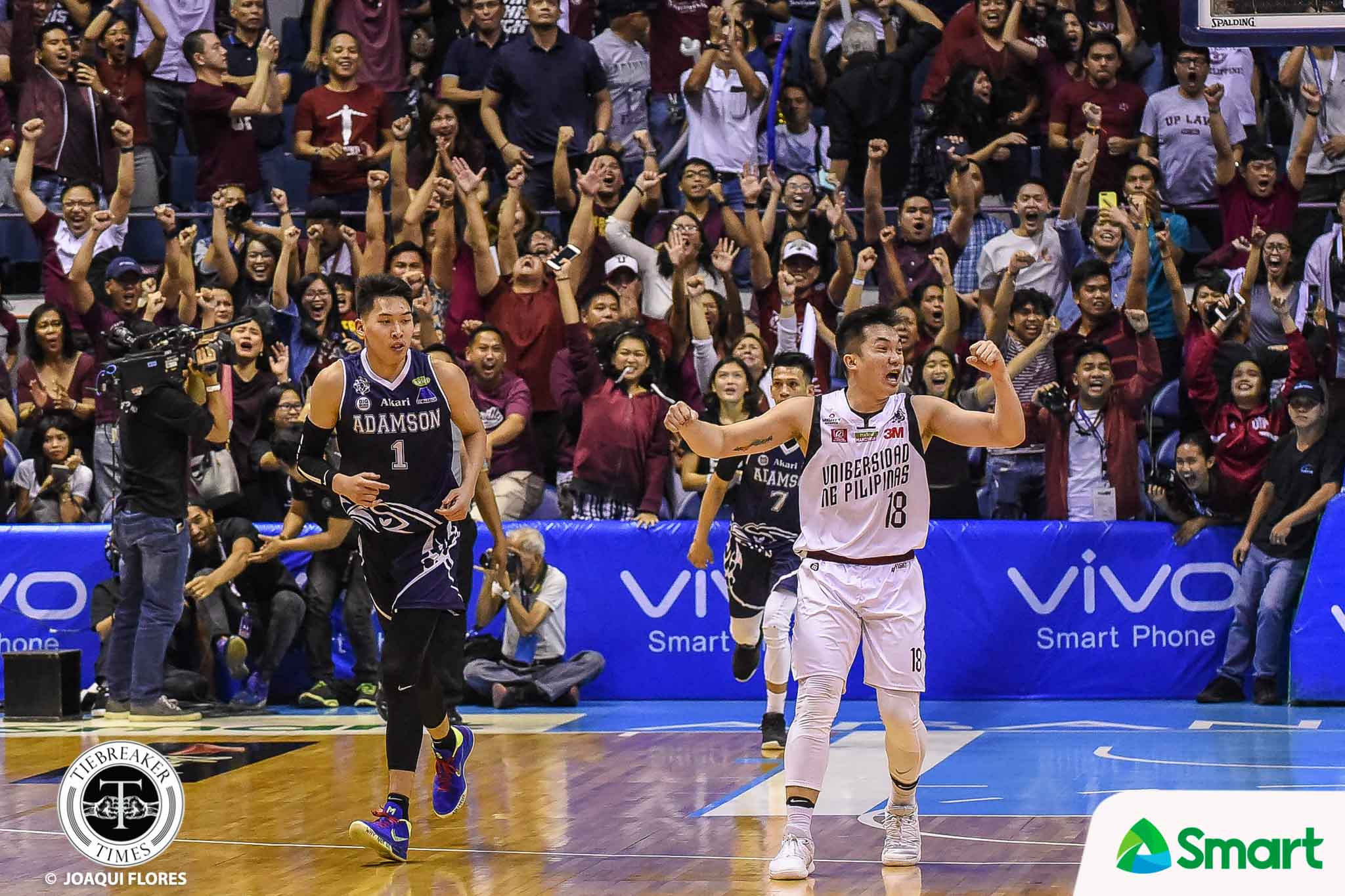 Desiderio’s only goal is to bring a championship to UP before he ends his journey with the place he has called home for the last six years. 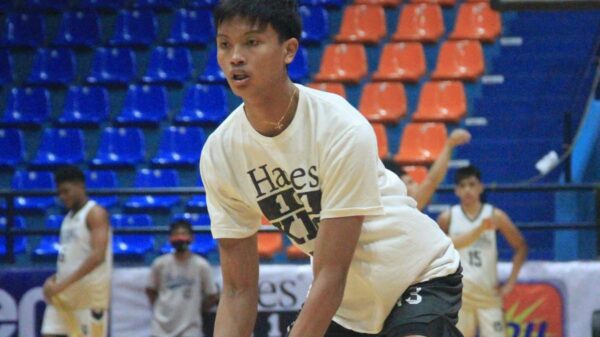