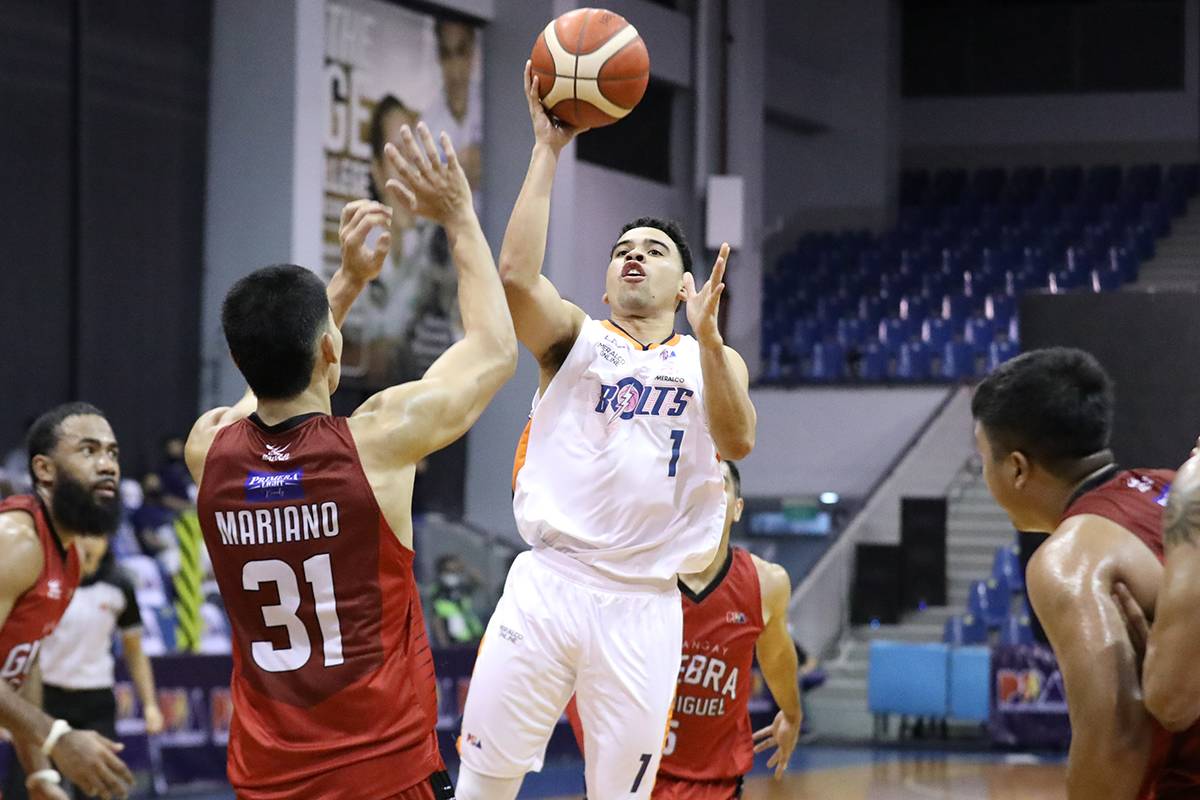 Aaron Black not only dreamt of simply hearing his name called in the PBA Rookie Draft. He dreamt of being picked high.

“It’s every kid’s dream to be in the first round or be a top three, top two pick. When you’re growing up that’s what you dream of, that’s what you work for,” he told 2OT, presented by SMART.

In the 2019 draft proceedings, though, 17 names were called before his, when he was selected by Meralco with the 18th overall pick.

It was obviously nowhere near what he had hoped for. But he was far from dejected, as he used it as a fuel to work even harder — and prove that draft positions mean nothing for rookies.

“I worked so hard during the pandemic thinking I have a lot of people to prove wrong. Because I didn’t just go to Meralco in the second round, I went to my dad’s team,” said the son of Bolts head coach Norman Black.

“It was a double whammy for me. But at the same time, it worked to my advantage in a sense that it pushed me to work even harder.”

Fast forward to now, and the Ateneo de Manila product is among the five candidates for Outstanding Rookie honors for the 2020 PBA season.

Black is up against Ginebra’s Arvin Tolentino, Alaska center Barkley Ebona, Aris Dionisio of Magnolia, and Terrafirma winger Roosevelt Adams for the award that will be given out in lieu of the usual Rookie of the Year plum.

Special awards will be handed out for the past season that was compressed due to the novel coronavirus (COVID-19) pandemic.

The 6-foot-1 guard averaged 7.18 points, 4.09 rebounds, and 2.09 assists in the eliminations, where he helped Meralco to a 7-4 record on its way to its first Philippine Cup quarterfinal trip in half a decade.

He was also instrumental in the Bolts’ conquest of erstwhile five-time reigning champs San Miguel, where they overcame a twice-to-beat advantage en route to their first-ever semifinal appearance in team history.

Their magical run, though, ended in the hands of a familiar foe in Ginebra in five grueling games. But the MVP Group-owned franchise showed what’s in store for its future, in which Black is very much a part of.

If ever he gets crowned as the bubble’s top rookie, Black will be the lowest draft pick ever to cop the award — Larry Fonacier currently has that distinction, as he won Rookie of the Year after being the 14th pick of Red Bull in 2005.

The second-generation cager doesn’t deny that he wants to bag it home and etch his name in the league’s history books.

“It’ll mean everything to me. This might be the only bubble conference ever, so for me just to have your name put in the history books that on this year he was the best rookie… I worked so hard for it and it’s something that I would enjoy,” he said.

“I’d be lying to you if I say I don’t want the award. It’s a credit as well to my teammates and coaches because without them I wouldn’t be able to even be in the conversation for that award.”