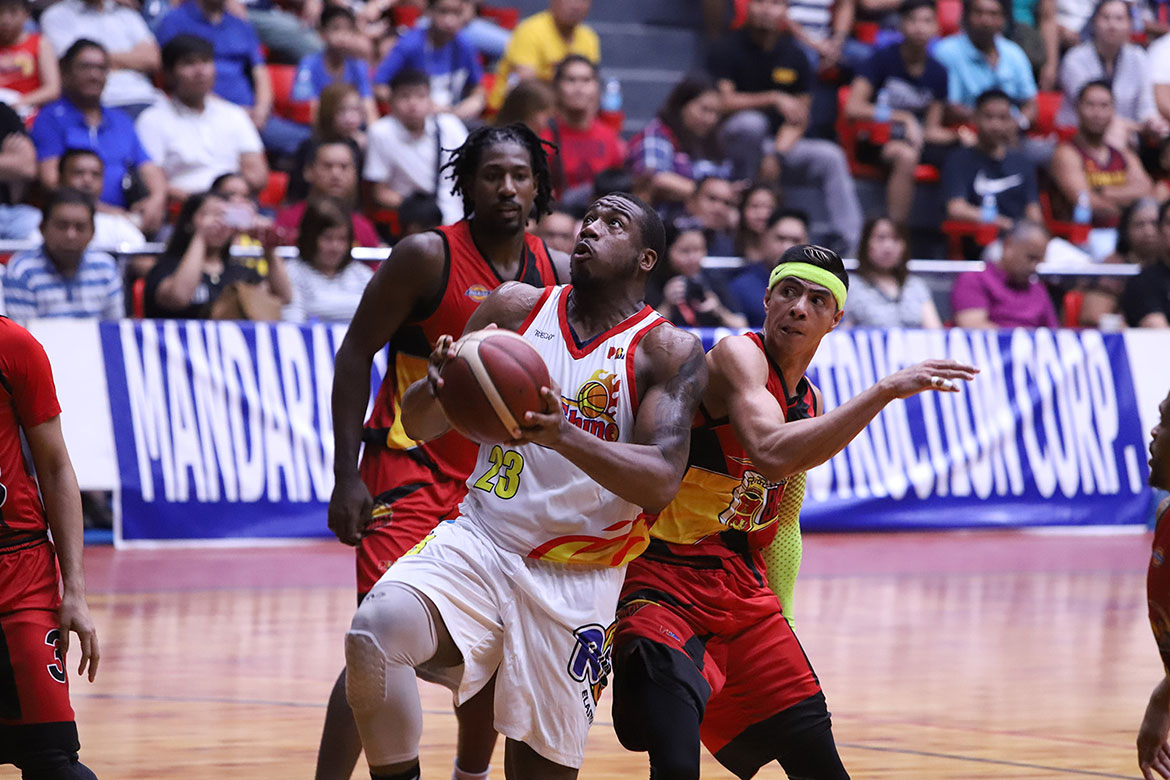 Gabe Norwood starred on both ends of the floor down the stretch, saving Rain or Shine from an epic collapse versus San Miguel, 91-86, in the 2019 PBA Governors’ Cup Saturday evening at Hoops Dome in Lapu-Lapu City, Cebu.

The Beermen trimmed a 65-85 deficit with 5:47 remaining in the final frame to just a field goal, 85-87, with 1:14 to go. Rich Ross split his freebies first, before Norwood stole the ball from June Mar Fajardo with 44 seconds left.

Norwood then calmly sank his charities with 43.2 ticks left, pushing the Elasto Painters’ lead to five, 90-85. The rest of his teammates stepped up on defense afterward, preventing their foes from making another bucket.

Norwood finished with 15 points — including nine straight in the third canto off triples — as he gave RoS its biggest lead of the game at 65-43. The victory also hiked the Elasto Painters’ card to 3-7 and kept its playoff hopes alive.

Javee Mocon made his presence felt as well, with a double-double of 16 points and 14 rebounds. Ross also produced 16 points alongside 12 boards, while Rey Nambatac chimed in 15 markers for the Elasto Painters.

“We started well and carried over ’til the end,” said coach Caloy Garcia. “It’s a morale-booster winning this game because we still have a chance.”

June Mar Fajardo tallied 17 points and 11 rebounds. Arwind Santos supplied 14 markers, including the booming triple from the right wing that capped off the Beermen’s 20-2 assault to trim the wide gap to just two points.

The loss was a rude welcome for new import John Holland, who has taken over the spot from the injured Dez Wells. The former NBA cager had 10 points, 10 rebounds, six assists, and two blocks in over 37 minutes of play.