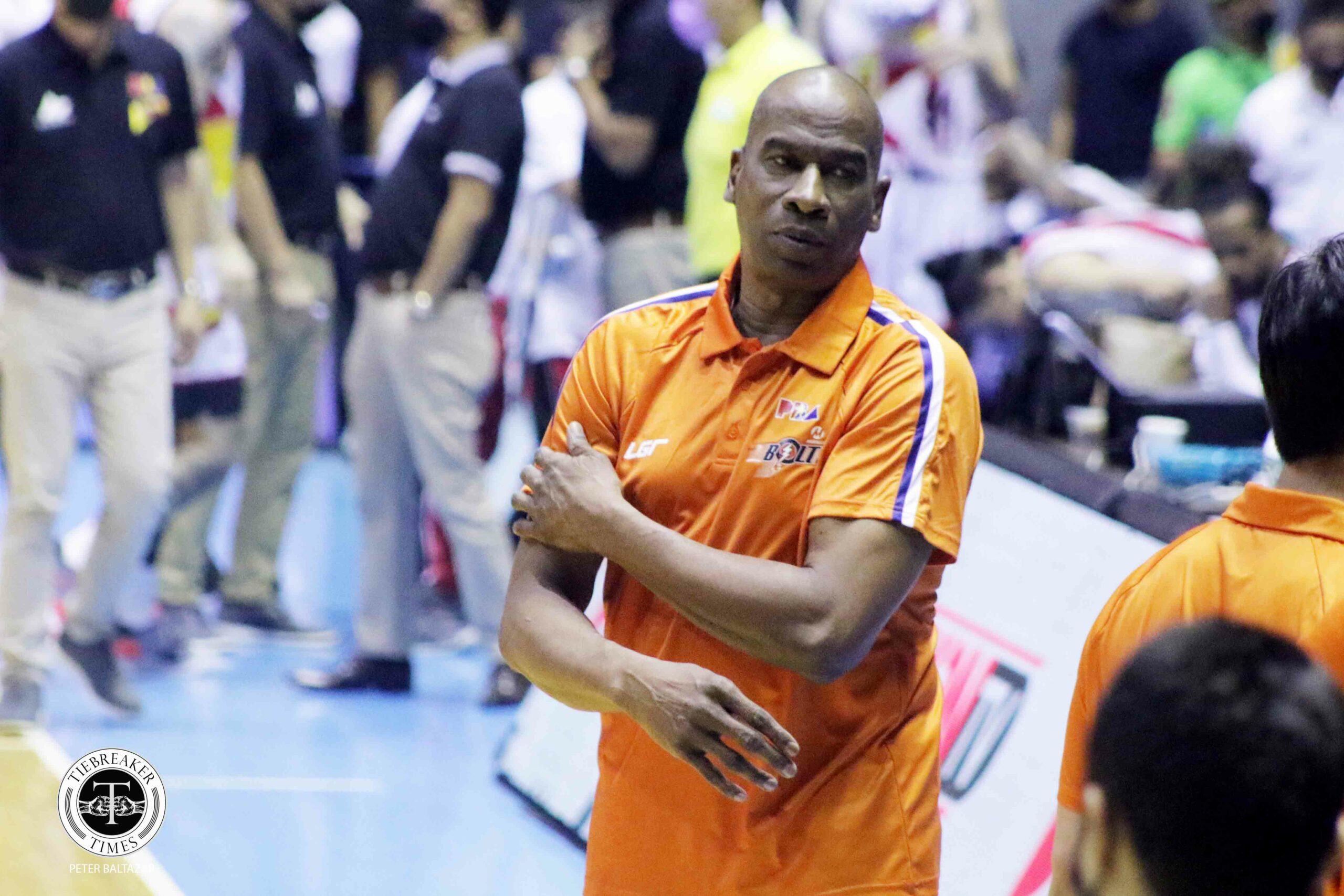 Chris Newsome got his groove back but Meralco, as a whole, wasn’t at its best and ultimately fell to San Miguel in Game Five of the PBA Philippine Cup semis.

The Bolts’ main man tripled his low output from the previous match with 24 points on a 56-percent clip, on top of six rebounds and four assists. But he committed seven turnovers and hardly received support in the 89-78 defeat.

“He scored better tonight and I thought he was more aggressive offensively tonight than he was last game. He did have a few turnovers but that is part of the game,” offered head coach Norman Black after the game, Friday night.

“Hopefully, he can continue to do that in Game Six and other guys can step up,” the champion bench tactician furthered.

Usual contributors Aaron Black and Allein Maliksi were not in their typical gunslinging ways, with the former scoring just six points on 11 attempts. He did, however, collect a team-high 11 rebounds and four dimes.

The veteran swingman, on the other hand, made 12 points, which he all scored from beyond the arc. He actually made three in a row to help the Bolts take a 44-41 halftime lead, but only nailed one come the second half.

“Aaron did not really shoot well tonight. Allein was explosive for a stretch, but he was not very consistent with that in this game,” said Black.

“I think if we look at what they’re trying to do defensively, they’re really trying to take my guards out of the game, by trapping them, by trying to deny them the basketball. So we have to find a better way of getting them open.”

That second half proved nightmarish for Meralco, for it only scored 12 points in the third, allowing San Miguel to take control of the game.

The Bolts, though, staged a fightback in the fourth quarter that saw them cut a 15-point gap to just two behind the fourth trey of Maliksi in the game, but their foes kept them at bay behind Jericho Cruz and Rodney Brondial.

It also didn’t help that their big men weren’t as effective as in Game Four. Cliff Hodge only scored 12 points after an 18-point outing, while Raymond Almazan had just eight markers to his name after dropping 17.

“They gave us the same shots that we were getting last game, except that our bigs did not do us well as far as being able to receive the ball off the double teams and we were not able to make plays,” lamented Black.

“My bigs were not able to make the same plays they made last game,” continued the 64-year-old bench tactician.

Meralco is now in a dire situation with a 3-2 deficit in the best-of-seven series but Black remains defiant and vowed retaliation in Game Six on Sunday.

“I did not think we matched their energy as far as the intensity was concerned. So that is something we have to change going into the next game, Game Six,” he said.

“We’ll bounce back. We’ll be back on Sunday.”