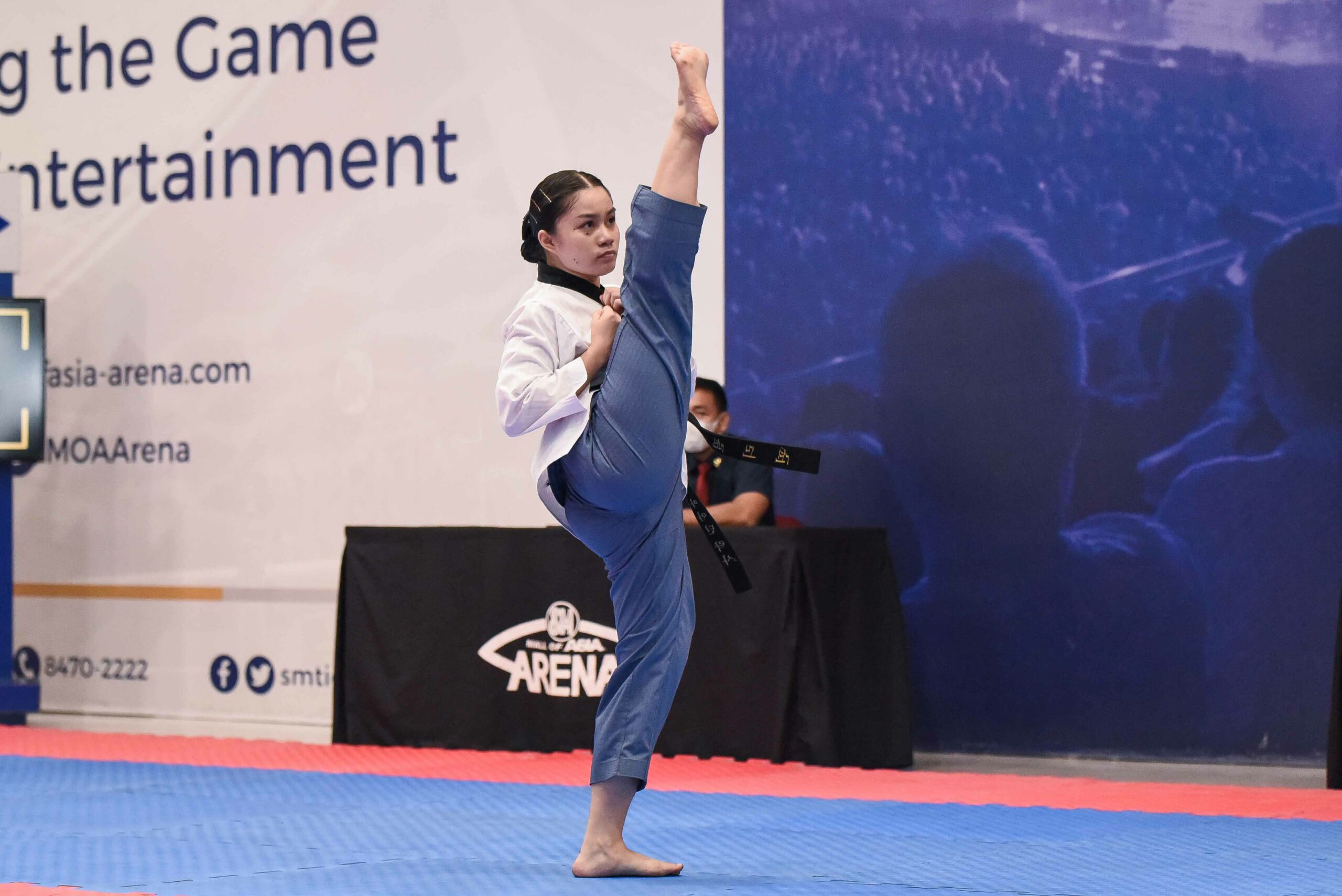 University of Santo Tomas has long prided itself on a successful taekwondo program, and when the UAAP decided to include poomsae in its calendar of events, the Tiger Jins grabbed on the opportunity and took the inaugural championship in style by sweeping all five events.

The gold standard — a championship — is the benchmark UST Poomsae had set itself and a setback three years ago by missing the podium all but made the Tigers go hungrier to get back on top.

And on Tuesday, UST regained the UAAP title it ceded to De La Salle University for two seasons. And one upstart shone the brightest for the Black, Gold, and White.

Aidaine Laxa has been making the rounds on both the national scene and international scene — competing with the Philippine national team, but she has yet to don the UST colors in the UAAP, and when she had the chance she bagged two medals and two awards — the Rookie of the Year honors and the Most Valuable Player award. 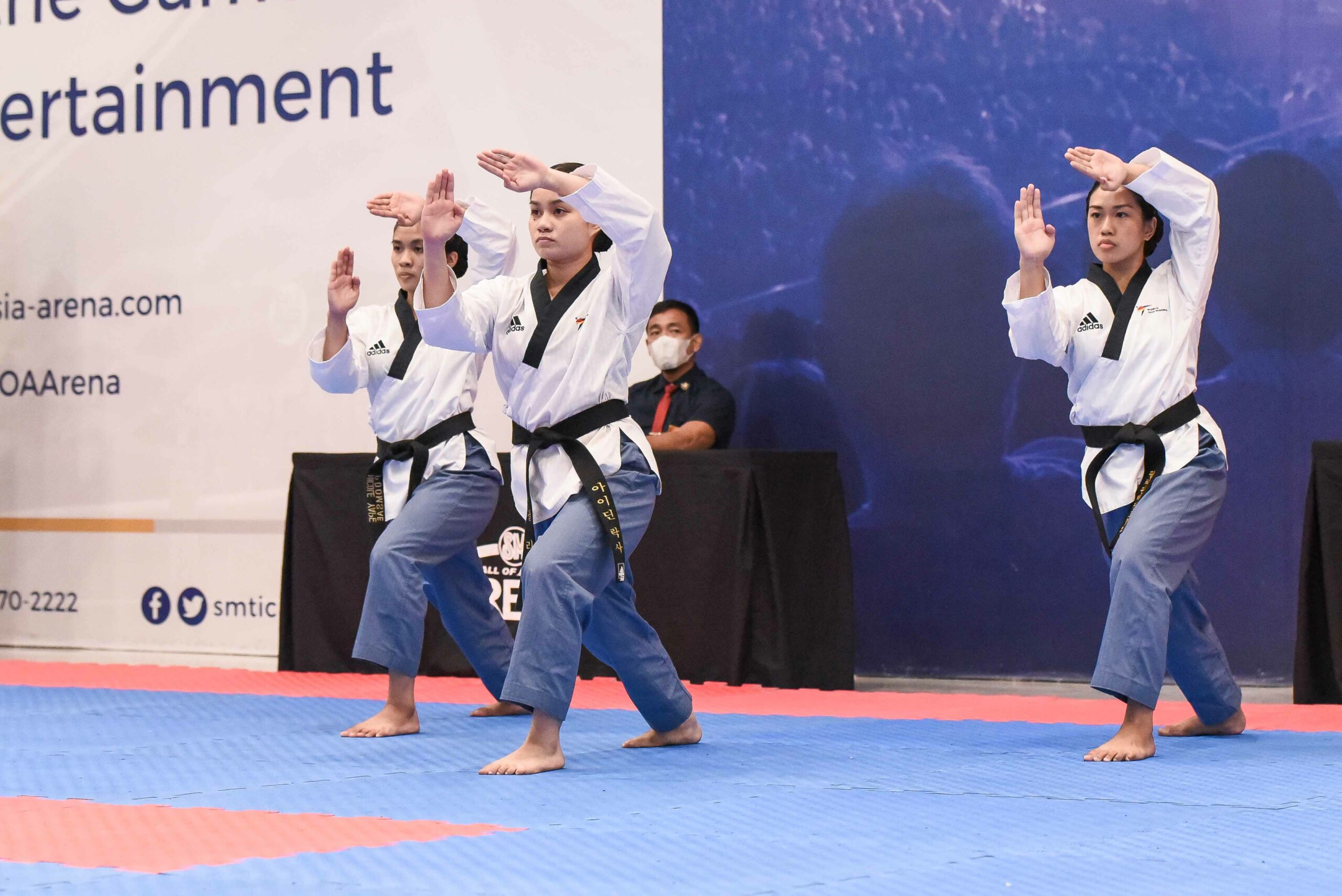 The Tomasina was just grateful to everyone who has been part of her initial foray into the league. She said, “Super, super thankful po for my coaches, my teammates, and sa lahat po ng sumuporta, kasi last season po [referring to Season 82] no podium po kami; tapos ngayon po na-champion po namin. So I’m thankful for everyone po, for the efforts. Sa lahat po ng hardwork na champion po namin to.”

Being an experienced national team member, Laxa knew that all eyes will be on her come the UAAP season, but instead it was an opportunity to show what she can do rather than be overwhelmed by the billing.

All this as coaches Rani Ortega and Junior Reyes just pushed them to be at their best.

And despite some weeks of having separated from each other before the season as some like Laxa went to Vietnam for the Southeast Asian Games, and in years before that where they were literally isolated from each other due to the COVID-19 pandemic, it was a matter of working on their individual strengths so that when they come together, it just a matter of indeed coming together for a more polished performance. 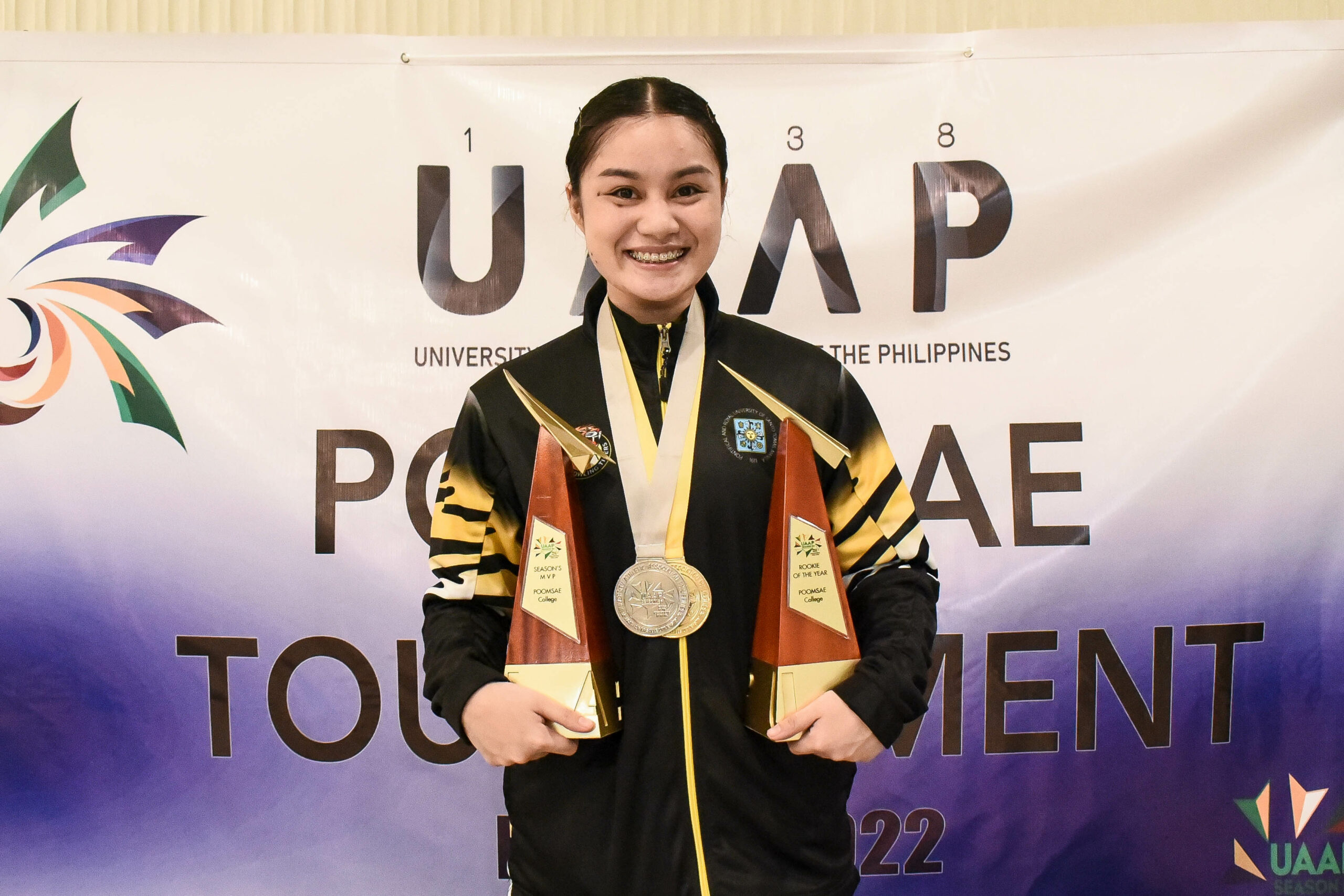 When the dust settled on Friday and the gold rush happened with UST bagging the mixed pair, male team, and female team golds, along with a silver in female individual and bronze in male individual, Laxa knew everyone did their best and it just happened the judges saw it, too.