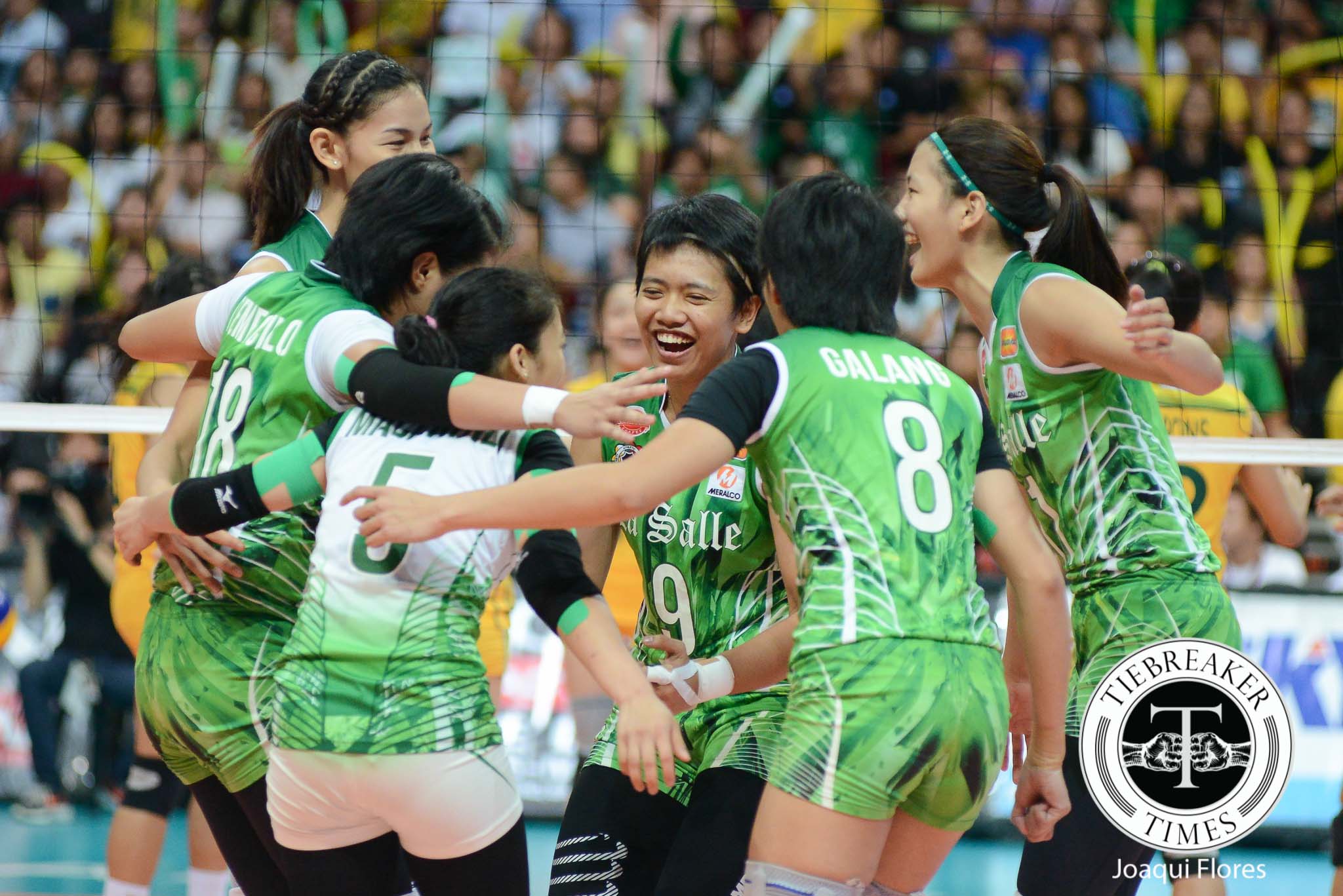 The Lady Spikers again opened the match strong, dominating the first set right from the first point. FEU immediately responded in the second set, keeping pace with La Salle then surging ahead, 23-19, after three straight aces from Heather Guino-O. Following a timeout, the Lady Spikers rained heavy serves on FEU’s unsuspecting defense. Majoy Baron brought the Lady Spikers to a 24-23 lead after two straight aces. Bernadette Pons brought her team to a deuce twice off combination plays. But La Salle managed to finish the set thanks to a timely ace from Ara Galang.

Where theh faltered in their previous meetings against FEU, La Salle shined. Leading 22-16, the Lady Spikers stopped a rampant FEU rally down the stretch. The Lady Tams got within two, 22-20, but La Salle’s veterans made all the big plays. Cyd Demecillo, Ara Galang, and Kim Fajardo scored La Salle’s last points.

The Finals will begin on Saturday, 4 p.m. at the Smart Araneta Coliseum where La Salle and Ateneo meet for the fifth consecutie year. This season will be the tiebreaker as both squads split the first two titles.