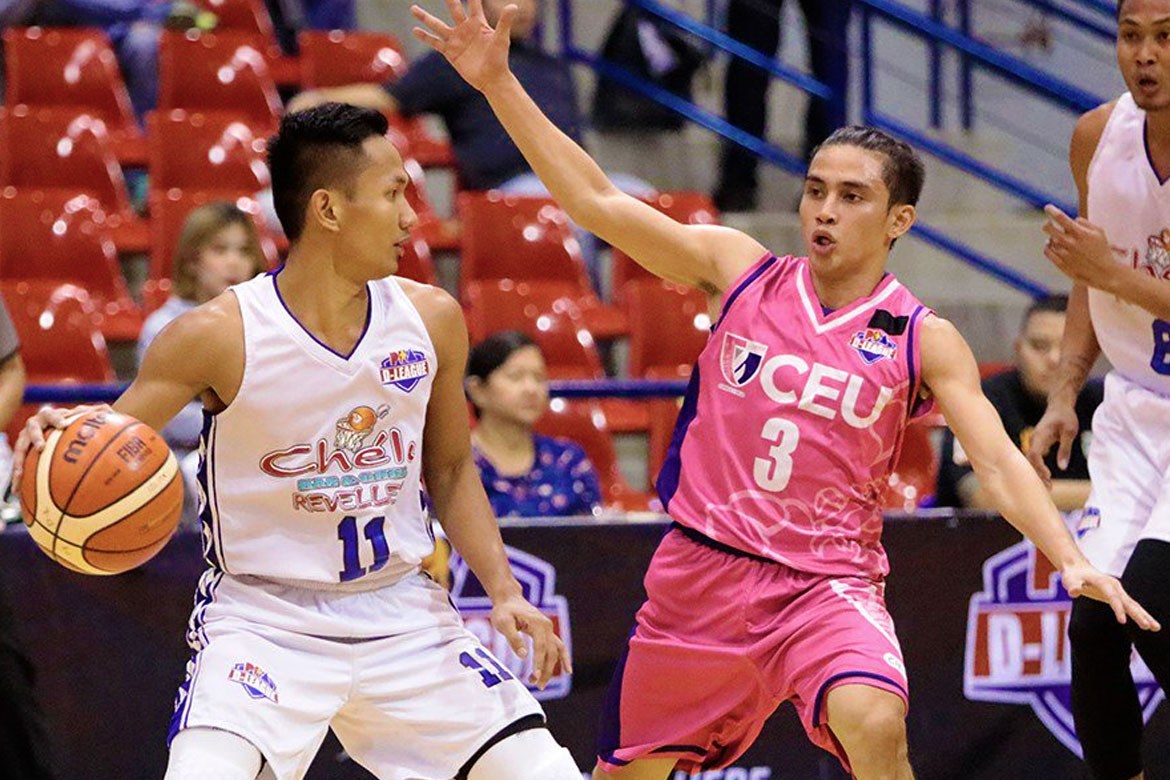 Jeff Viernes admitted that he and the Che’lu Bar and Grill Revellers aren’t completely satisfied despite dominating the CEU Scorpions in Game One of the 2018 PBA D-League Foundation Cup semifinals, Tuesday evening.

The diminutive Viernes led the way for the Revellers in the 112-97 decimation of their Mendiola-based counterparts, scoring 14 of his 21 points in the fourth quarter alone to help bring his side closer to the championship round.

The Revellers were already ahead comfortably by 20 in the third canto, but the Scorpions made a spirited rally in the final frame, where they were able to trim the deficit to just four, 94-90, with 3:11 remaining in the game.

Chris Bitoon’s triple from the top of the key and Viernes’ four straight points helped Che’lu regain their footing, 101-90, with 2:17 left in the game, and that was more than enough to fend off the pesky school-based side.

Head coach Stevenson Tiu has been vocal of his Che’lu’s complacency in games. Asked if they had been able to address that issue, Viernes hopes so.