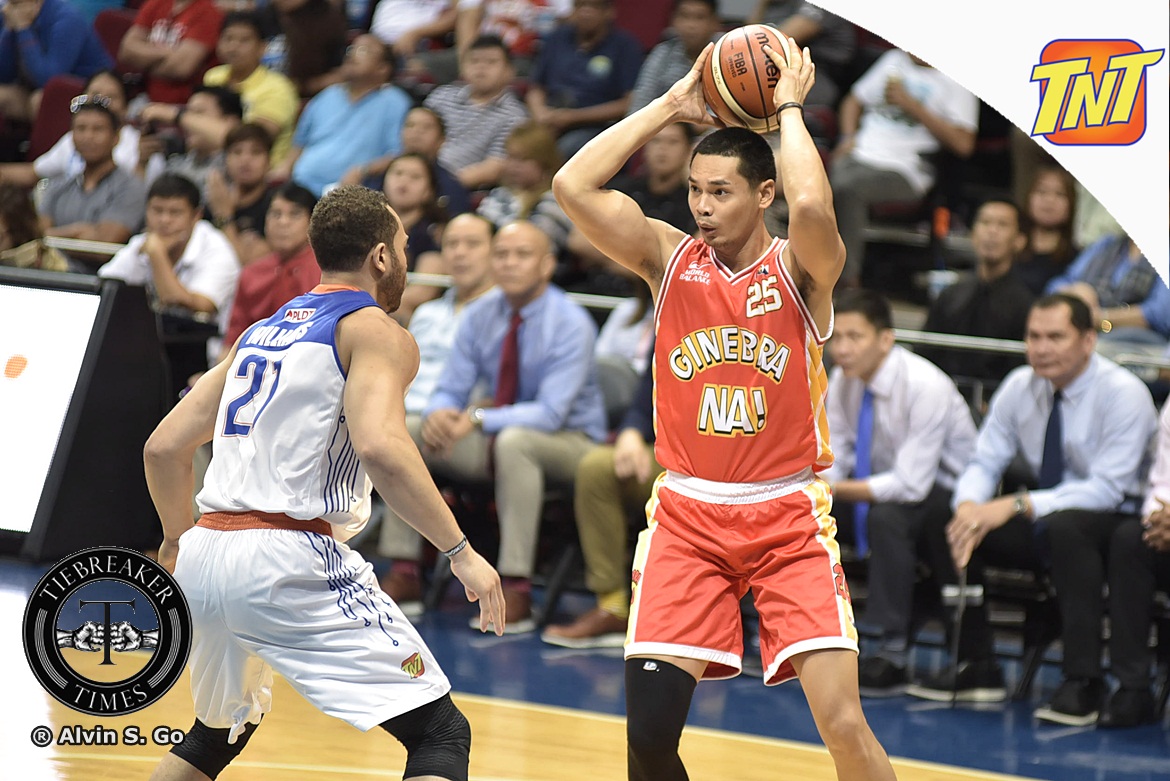 The “Never Say Die” spirit of the Barangay Ginebra Kings will once again be tested, this time in the 2017 Commissioner’s Cup, as the top-seeded team are now down 0-2 in their race-to-three semifinals clash against the TNT Katropa.

But despite being on the brink of elimination, the Barangay — especially center Japeth Aguilar — still has that flow of positivity in them.

“Hindi pa naman kami nawawalan ng pag-asa,” said Aguilar, who had 17 points on an excellent 8-of-10 shooting from the floor along with nine caroms in their 103-107 defeat, Tuesday night at the SM Mall of Asia Arena.

However, the Gin Kings are aware of the deep hole they have crashed into — one they are familiar with, with the most recent experience coming in the 2017 Philippine Cup, where they emerged as runners-up after racing up from the bottom.

“Our backs are against the wall again. We’ll do it the hard way again,” lamented the 6-foot-9 Pampangueño.

In the game itself, Aguilar also rued the dismal outing the Barangay had in the waning minutes, where they allowed the Katropa to run to a 12-2 spree powered by Anthony Semerad’s four triples that dictated the result.

“Bandang [last] five minutes, hindi kami naka-execute ng offense namin and they made a big shot, so yun, we kind of steered away from our offense, medyo nag-one-on-one,” admitted the eight year veteran.

Game Three is set on Thursday, June 15, at the Big Dome, with the Katropa looking to close out the whole Barangay. But Ginebra are looking forward to it already, as they try to save their conference.

With time on his side, Andre Paras looks to further hone game with AMA