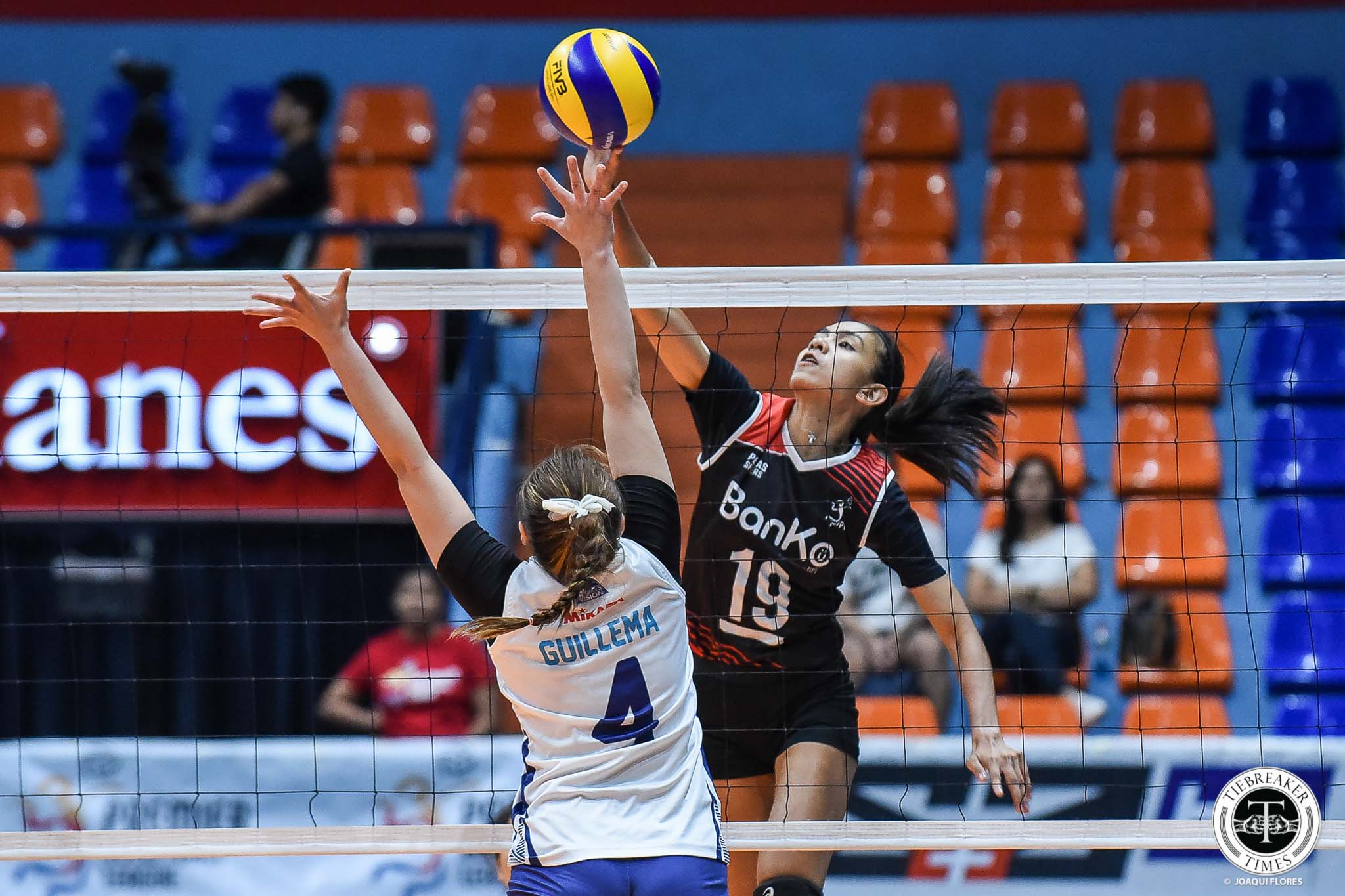 Whoever loses in the battle for third will have a playoff for the last semis spot on Sunday against Motolite, who currently hold  a 3-6 win-loss record. This is, however, if and only if Motolite score an upset victory over league-leaders Petro Gazz. In a scenario where Motolite succumb to the Angels, both BanKo and PacificTown-Town will head into the Final Four.

Up by just a solitary point at 22-21, Tiamzon carried the scoring cudgels in the fourth set to put the game away for good. She finished the match with 19 points.

Vajdova scored 13 points – off 11 attacks and two aces – to go along 16 excellent receptions and 11 excellent digs for a volleyball triple-double that went down the drain. Dzakovic had 12 points from nine attacks and three blocks.

The Perlas Spikers inched closer to the Final Four, as they improved to a 4-5 slate. They force a two-way logjam for the third and fourth spots together with the PacificTown-Army, who also hold an identical 4-5 slate. Both teams will face off on Saturday to secure solo third.

The Water Defenders will try to salvage a win in their last elimination round game on Thursday, when they face the Creamline Cool Smashers at the FilOil Arena.