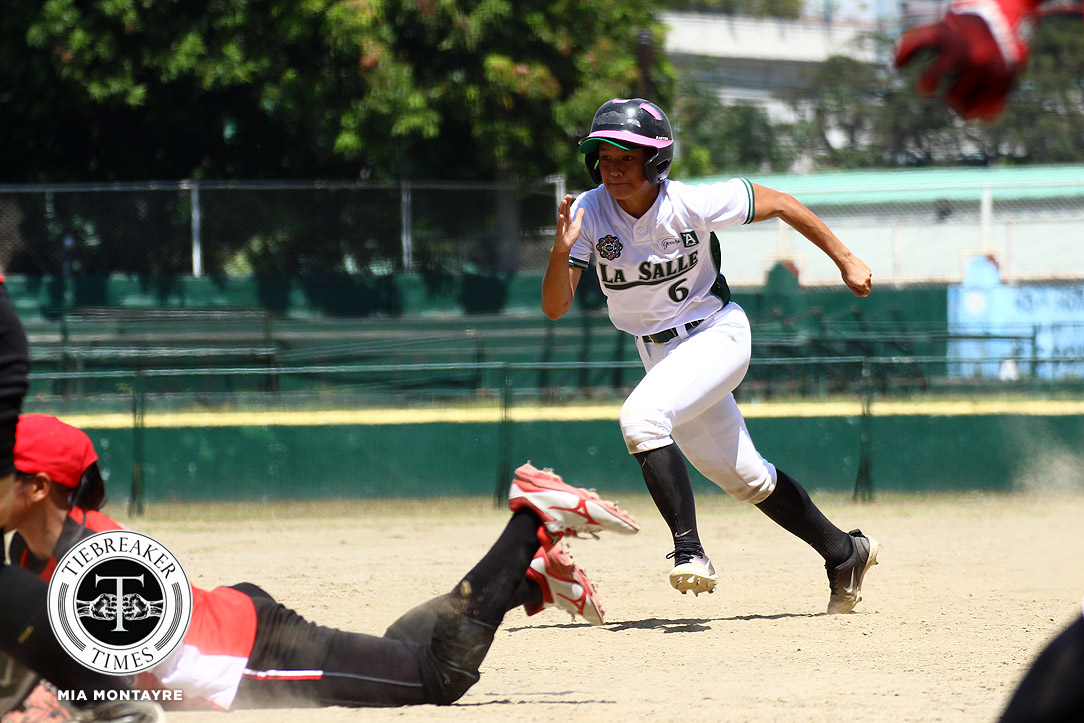 The UAAP Season 81 softball got its early shocker as the De La Salle University Lady Green Batters stopped the University of the East Lady Warriors, 5-3, and took their first win of the season, Saturday afternoon at the Rizal Memorial Baseball Stadium.

Nica Velasco, who is now on her fourth year for the Lady Batters, showed her wares to lead the last year’s sixth placers past the favored opposition. The shortstop finished the game with two hits, but her first one was a booming triple that opened up the scoring for the Lady Batters.

Lalaine Cunanan and Chinny Ejar each drove in singles to start La Salle’s side at the third inning to get into potential runs. Velasco then sent the ball into deep right field to send her two teammates home.

The Lady Warriors took the early lead at 1-0 in the first inning, as Lordes Blanco took to the plate off an error by La Salle, but could not overhaul the result of that Velasco effort.

After a scoreless fourth inning, the Green and White punched in a run in each of the last three innings to ensure the win, which can also be credited to the rousing debut for rookie pitcher Kiana Juan.

The Lady Batters will try to make it two-in-a-row when they face the University of the Philippines Lady Maroons on Monday, February 18, at 9 a.m. On the other hand, the Lady Warriors will take on the defending seven-time champions Adamson University Lady Falcons later that day at 11 a.m.