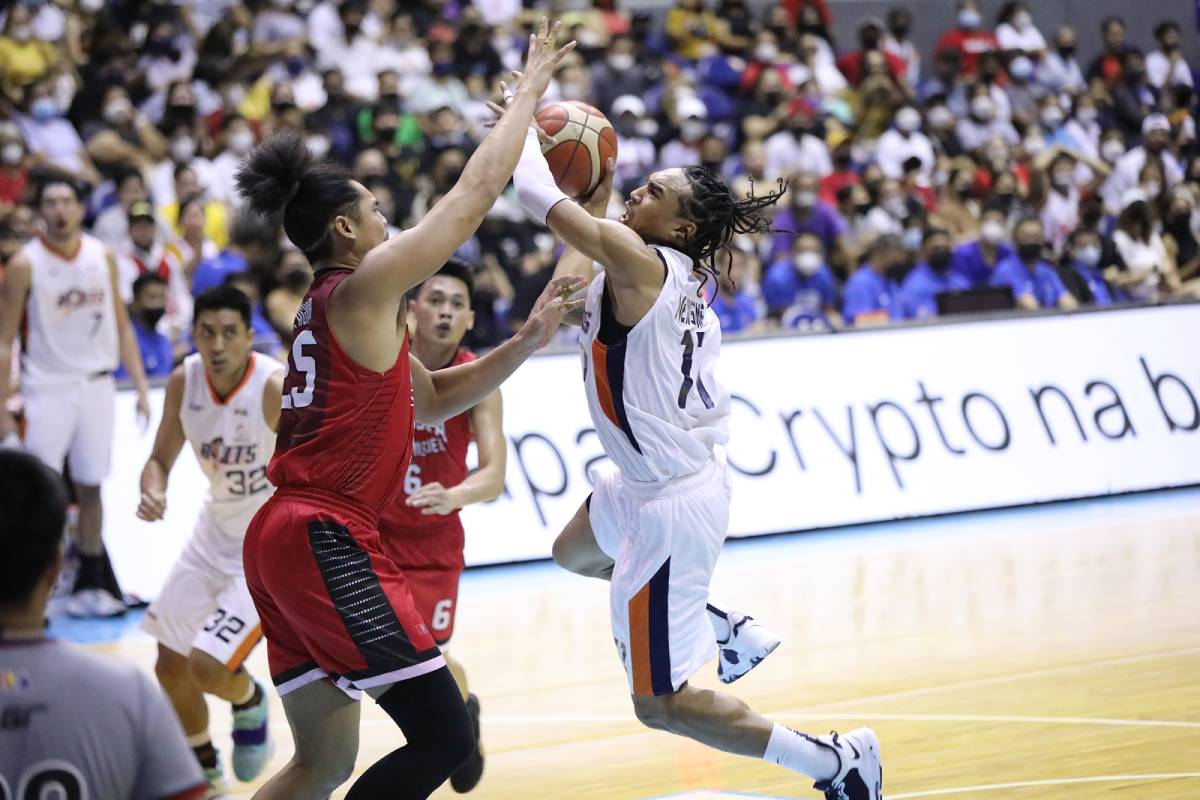 Meralco straight out dominated Ginebra in Game One of their best-of-three quarterfinals in the 2022 PBA Philippine Cup.

A win in Game Two will give the Bolts a semifinals ticket and finally, a series win versus their archenemies in the Barangay.

And if that happens, it will end years of torment for Meralco at the hands of Ginebra.

The other time they played a series was in the 2020 Philippine Cup semis.

In those five series, Meralco won nothing.

So moving on the verge of winning a series – albeit it be just a best-of-three – was something Chris Newsome gets excited about.

“Everybody knows the history of Meralco-Ginebra especially the guys that’s been here in Meralco for a long time,” said Newsome who unloaded 19 points, nine rebounds, and six assists in the Bolts’ 93-82 victory.

“That’s definitely something that been in our heads and something that we wanna overcome,” he continued, talking about their series of unfortunate endings against the Barangay.

And despite the multiple heartbreaks, Meralco is not afraid of meeting Ginebra time and again in the post-conference action.

If for one, the Bolts crave the Barangay.

“I don’t think we’re tryna avoid Ginebra at all. Whenever it comes to a playoff series everyone here wants the challenge and till we can overcome that challenge I think it’s nice that we can just keep battling out,” added Newsome.

“We actually keep getting chances so I look at this as another opportunity to overcome and climb that mountain. The rest of the guys feel the same way and we’re always gonna be hungry to battle Ginebra.”

Meralco, though, isn’t in the celebratory mood just yet. Only 50 percent of the job is done and the squad needs to close out Ginebra on Friday at the FilOil EcoOil Centre in San Juan, a smaller venue compared to the SMART Araneta Coliseum.

And what is the Barangay known for? Their Never Say Die aspirit.

“We know we’re going up against a champion team. They’ve beaten us every series. This is just one game, we need one more game,” said Bolts assistant coach Luigi Trillo.

“As much as the guys played well, we know what Ginebra’s about, they’re gonna come back hard in that second game.”