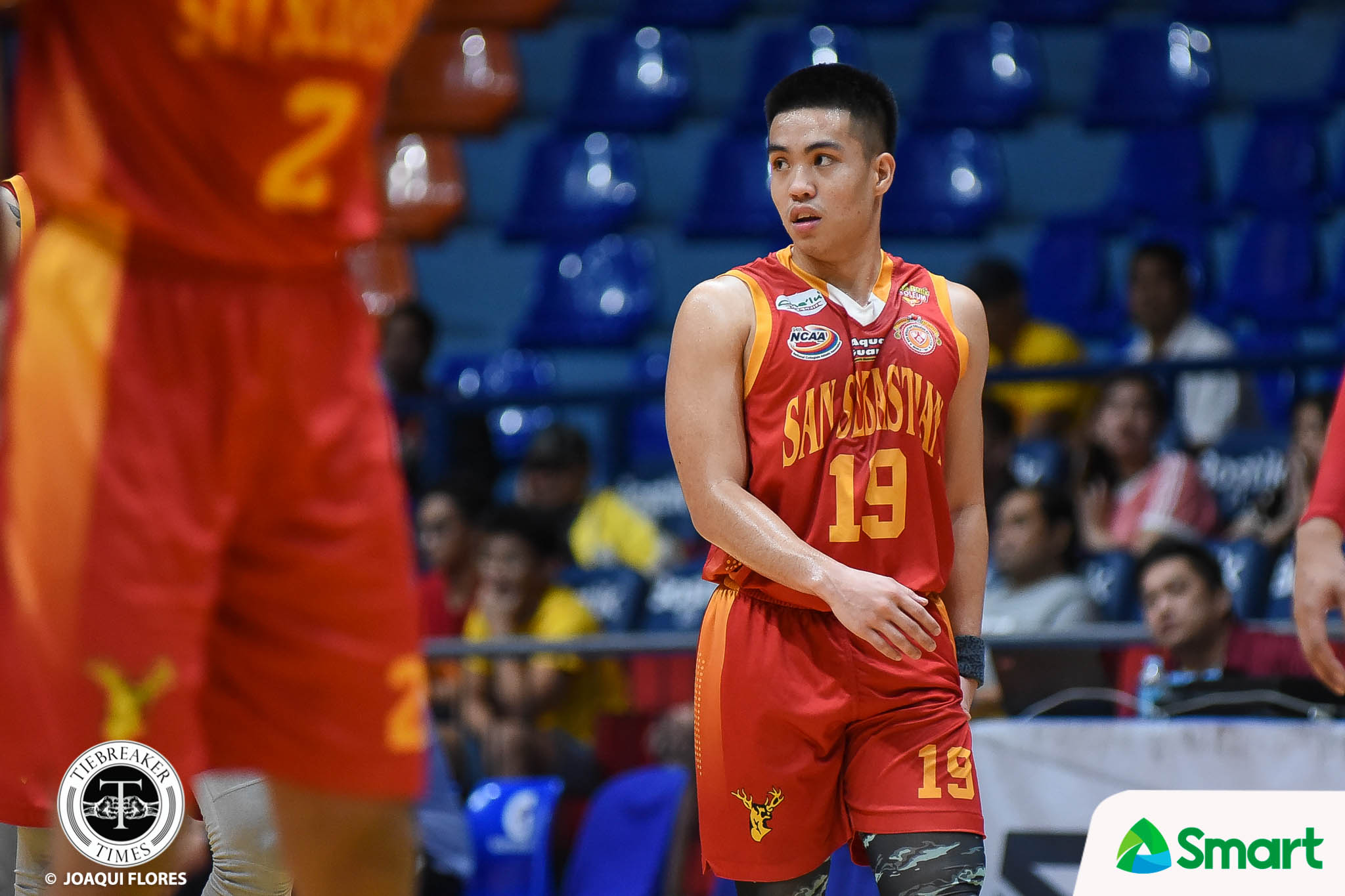 After suffering an embarrassing loss to the same team just 34 days ago, the San Sebastian College-Recoletos Golden Stags were able to get back at the Emilio Aguinaldo College Generals, 78-67 , Friday afternoon at the Filoil Flying V Centre in San Juan City.

Last August 3, the Generals were able to stun the Golden Stags, 79-77, in overtime to pick up their first win in the NCAA Season 94 Seniors Basketball Tournament.

This is San Sebastian’s first win with RK Ilagan in the lineup. The third-year guard was the reason why the Golden Stags forfeited their first two wins of the season, before he was suspended for the last five games of the first round by the school. Ilagan returned to the lineup last Tuesday in San Sebastian’s 70-88 loss to the Lyceum Pirates.

Behind the duo of Michael Calisaan and RK Ilagan, the Golden Stags surged in the final frame to pin the Generals down.

Down 50-52 early in the final frame, Calisaan took it upon himself to provide the energy for his team. The graduating senior sparked a 15-0 run to turn things around and give San Sebastian a 65-52 lead with 5:42 run.

Calisaan had 15 points and seven rebounds. Ilagan, who put on the finishing touches, scored 16 points.

With the win, San Sebastian lift their slate to 2-9. And Macaraya is hoping that this becomes the starting point for the team’s resurgence.

“We need to win more games and bigyan ng more confidence yung mga bata. Maaga pa pero it will be a good learning experience for the next season,” said Macaraya.

Hamadou Laminou finished with a double-double with 13 points and 10 rebounds. JP Maguliano – who had 30 points on 11-for-16 shooting to go along with 17 rebounds during their first round outing – tallied 11 points and 11 rebounds.

San Sebastian will next face the CSB Blazers on Tuesday, September 11. EAC will have a tough task in its next outing as it takes on the Lyceum Pirates on Thursday, September 13.