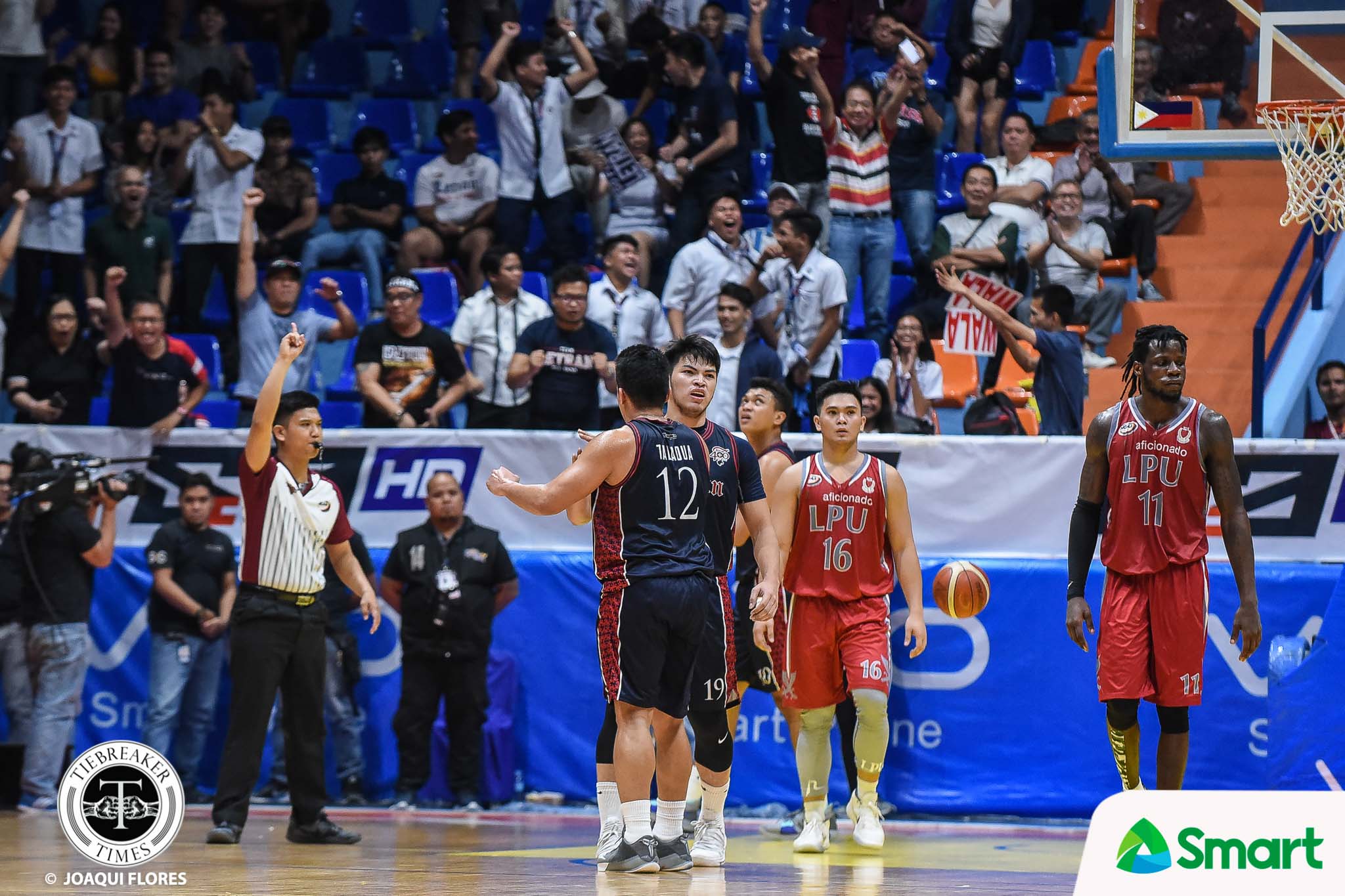 It was a head-scratcher, to say the least.

In a contest that will be forever remembered for one controversial call, the Colegio de San Juan de Letran Knights overcame the Lyceum of the Philippines University Pirates, 80-79, Friday afternoon at the Filoil Flying V Centre.

Letran were able to exact vengeance on Lyceum, who defeated the Knights, 87-82, last August 17.

Moreover, Jerrick Balanza was in attendance for the game – making his first appearance since his surgery.

Behind JP Calvo and Larry Muyang, Letran sormed back from a 10-point third quarter deficit to figure in a nip-and-tuck final frame.

Muyang tallied a double-double with 23 points and 16 rebounds to go along with four blocks. Calvo, on the other hand, 18 points, six assists, and four rebounds.

Calvo though went down with cramps in the final quarter. That’s when Bong Quinto stepped up, scoring 10 of his 20 points in the last seven minutes of the game – including an and-one play that gave Letran a 78-76 lead.

A split on the stripe by Mike Nzeusseu was answered right back by a Quinto triple to give Letran an 80-77 edge with 1:53 left.

With 40.8 seconds left, Jaycee Marcelino knocked down a triple to knot the game. Both teams could not score afterwards. As everyone was preparing for overtime, the referees were gathered to review Marcelino’s shot. It appeared that he was stepping on the line. Surprisingly, the game officials decided to count the shot as a two, giving Letran the victory.

With this, Letran extended their winning streak to four games, lifting their record to 11-4. Lyceum dropped their second game to fall to 14-2.