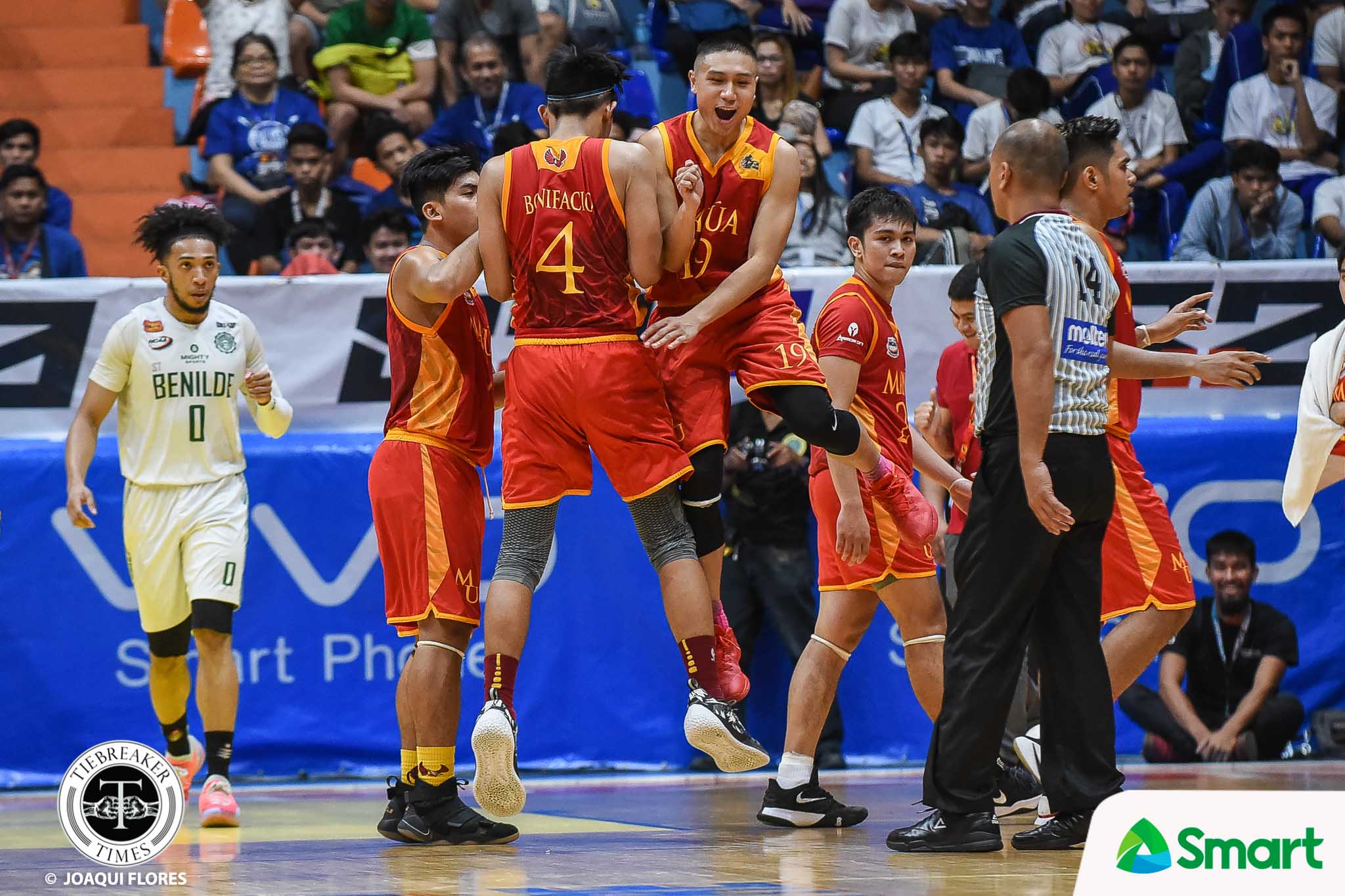 Coming off a character-building win over the JRU Heavy Bombers, the Mapua University Cardinals continued to ride their momentum, stunning the College of Saint Benilde Blazers, 86-83, at the Filoil Flying V Centre.

The win kept Mapua’s playoff hopes alive, raising their slate to 4-8 –- three games behind Benilde, who dropped to 7-5. Moreover, the Cardinals have surpassed their win total from last season.

And just like last Thursday, it was Laurenz Victoria who stepped up and take the biggest shots.

Behind Justin Gutang, the Blazers stormed back from 15 points down, taking a 72-70 lead with 5:56 left. Justin Serrano scored three straight buckets to give Mapua a 78-73 cushion.

That’s when Victoria took over.

The Mapua lifer scored on a running hook over Edward Dixon to extend their lead to seven. Jimboy Pasturan and Yankie Haruna tried to rally Benilde back, but Victoria knocked down another big bucket to stop them from their tracks.

A three-point play by Clement Leutcheu sliced the lead to just two with 57.6 ticks left, but a jumper by Warren Bonifacio proved to be the dagger.

“We are just happy. Ang aming adjustment was not too much. I did not play everybody. Ngayon, kung sino lang nakikita ko sa ensayo na masipag, yun lang ang ginagamit ko,” Co disclosed.

Mapua look to make it three in a row as they face the Letran Knights on Friday, September 21. Benilde, on the other hand, look to snap their skid when they take on the Arellano Chiefs on the same day.