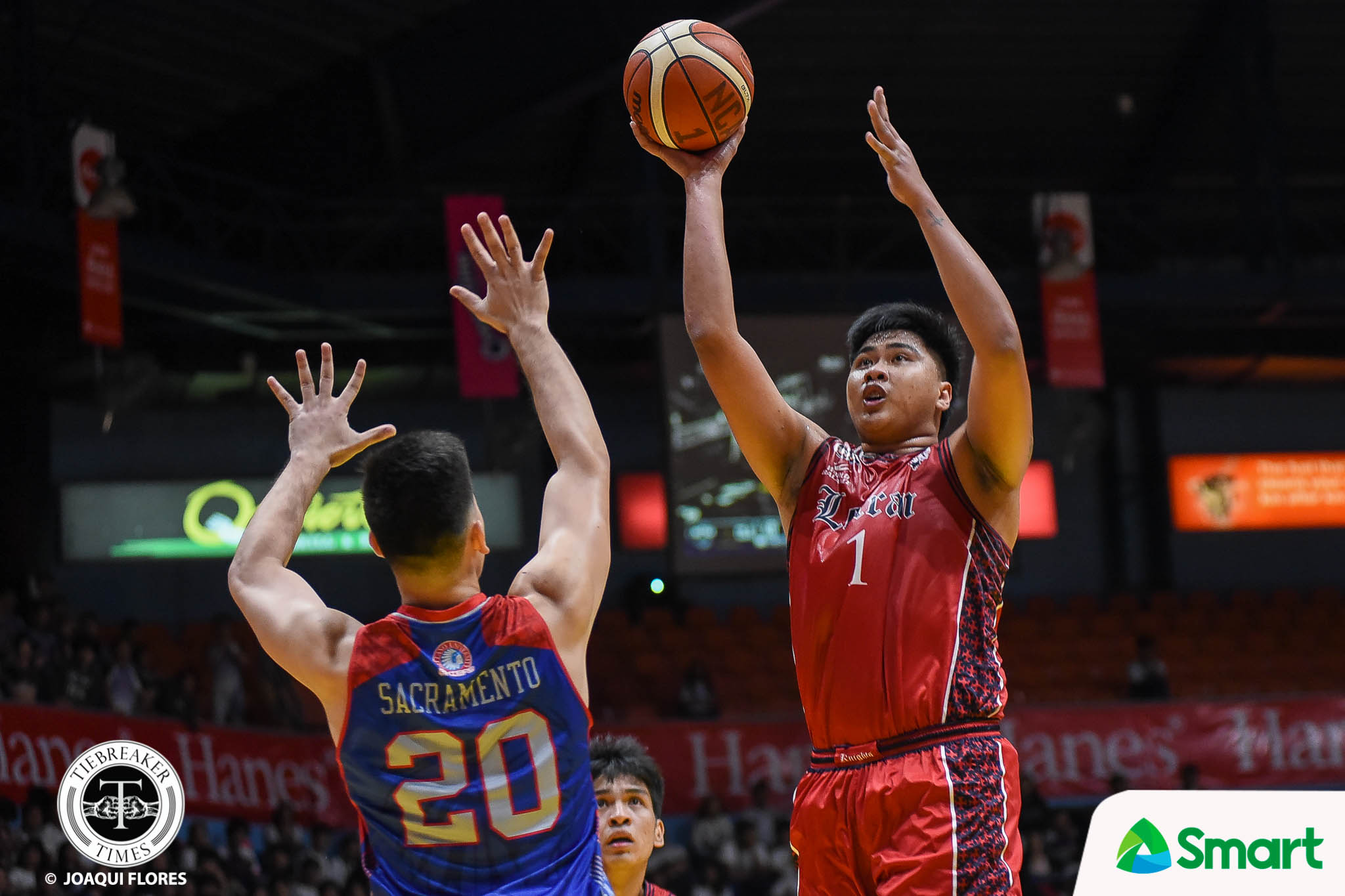 In their most impressive showing of the season, the Colegio de San Juan de Letran Knights completely had their way against the Arellano University Chiefs, taking a dominant 88-70 victory, Tuesday evening at the Filoil Flying V Centre.

But for Knights head coach Jeff Napa, he is still not satisfied with the win.

Letran showcased their embarassment of riches in the game as six players scored in double-figures, two tallying double-doubles.

Larry Muyang had his way in the paint, finishing with 16 points on 6-for-7 shooting to go along with 10 rebounds. Christian Fajarito had 11 points and 11 rebounds. Muyang and Fajarito only played for 22 minutes respectively.

The Knights imposed their height on the Chiefs, out-rebounding them 50 to 33. In addition, the Knights had 42 inside points.

Baskets by Bonbon Batiller, Jeo Ambohot, and Muyang had their way to restore order and push the lead back to as high as 18 points.

Jerrick Balanza and JP Calvo had 14 and 13 points respectively, while Bong Quinto and Bonbon Batiller added 11 points each.

Michael Canete was limited to just two points in the final quarter after scoring 21 in the first three. He gobbled down eight rebounds as well.

Rence Alcoriza and Levi dela Cruz had 13 and 11 points each.