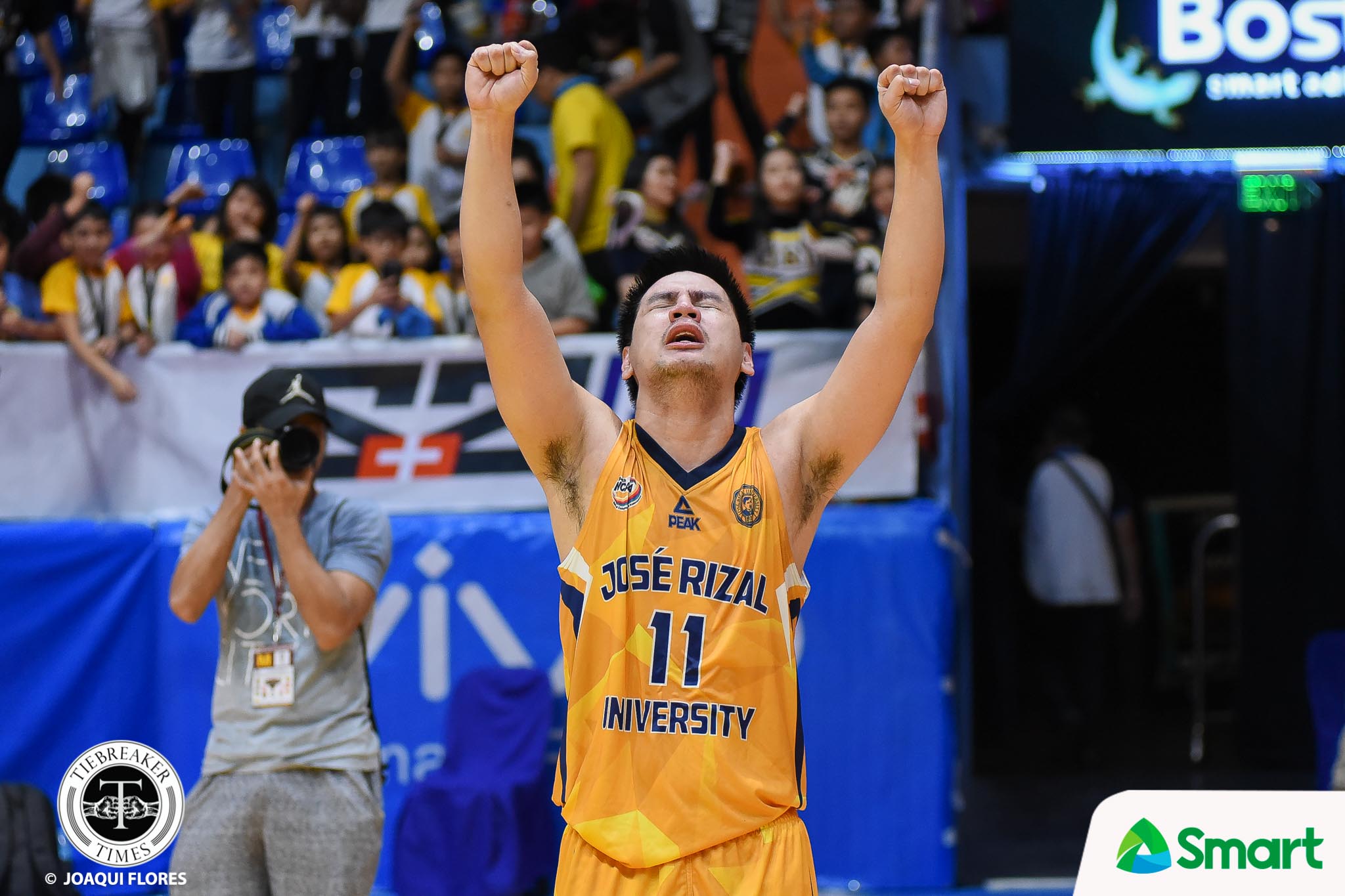 After seven games of frustrations and heartbreaks, Jed Mendoza and the Jose Rizal University Heavy Bombers finally broke through.

Friday afternoon, the Heavy Bombers punched in a win they could call their own, holding off the Emilio Aguinaldo College Generals, 57-55, at the Filoil Flying V Centre.

This is JRU’s second win for the season — the first coming of San Sebastian’s forfeited game last July 24.

But nothing comes easy in the NCAA as JRU played severely short-handed for the game with MJ Dela Virgen (ear infection), Darius Estrella (broken wrist), and Ry dela Rosa sitting out.

A depleted Heavy Bombers squad though came out to play right from tip-off, holding the Generals down to just six points and leading by as much as 16 points.

However, the Generals though came storming back in the final frame. The Heavy Bombers did not cave in this time around.

Up by just a solitary point with 55.2 ticks left, Jerome Garcia was wide-open from downtown. Argem Miranda had the presence of mind to recover on defense, swatting away Garcia’s attempt.

Rookie Mark Mallari split his stripe afterwards but Jun Silvarez was there to gobble the offensive rebound. His inexperience though got the best of him as he threw the ball away to give EAC a chance with five seconds left.

READ  Batang Gilas stamp class, one away from championship

Off a timeout, the Generals were able to get the ball to Hamadou Laminou. Silvarez atoned for his mistake with a huge swat to seal the win.

As the buzzer sounded, Jed Mendoza, who had 18 points, five assists, five steals, and four rebounds, dropped to the floor in tears.

Mallari stepped up in lieu of Dela Virgen with 12 points. Silvarez gobbled down 11 boards.

The Generals, who committed 28 turnovers, were led by Garcia’s 19 points. Laminou was lited to just 10 points and seven rebounds.