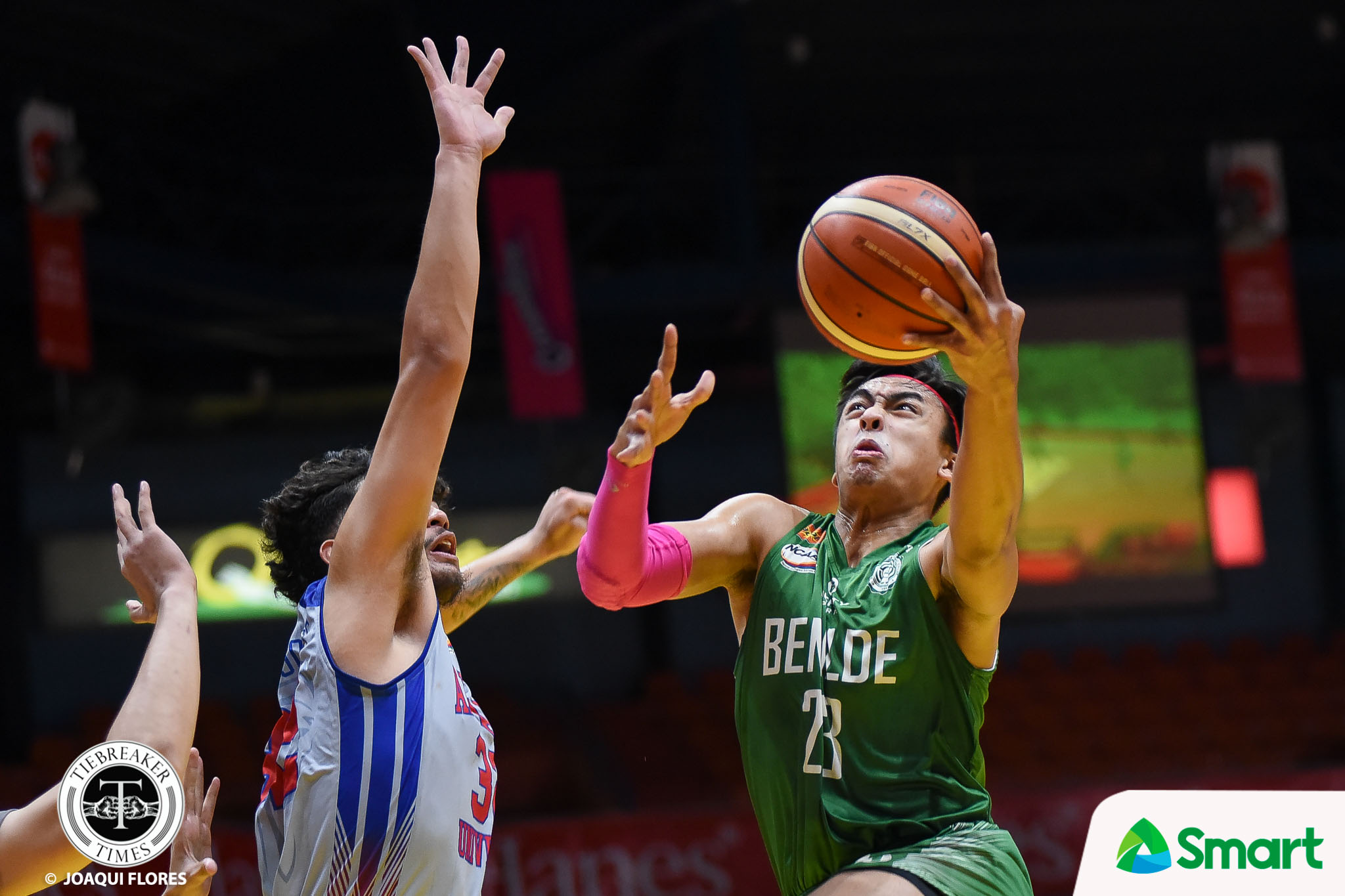 No Clement Leutcheu, no problem for the Blazers.

Even without their Cameroonian tower, the College of Saint Benilde Blazers maintained their poise in the end game, holding off the Arellano University Chiefs, 70-62, Friday afternoon at the Filoil Flying V Centre in San Juan City.

Leutcheu served a one-game suspension after accumulating two technical fouls in their win against the EAC Chiefs last Tuesday.

The Blazers had a strong start in the game behind Justin Gutang and the Benilde bench.

“As you can see, we always have a high assist rate per game and it’s because of our ball movement. Our second stringers were able to sustain the energy of the first group,” Tang remarked Tang as the Blazers led by as much as nine points in the first half.

Rence Alcoriza and Maui Sera Josef though rallied the Chiefs back in the final frame, cutting the lead down to just four points with two minutes remaining. Gutang was unperturbed, staying patient in the next possession before finding Edward Dixon for the dagger with 1:41 left in the game.

“We were really able to grind it out out there even if we were the smaller team. I also would want to commend Kendrix. Even if he wasn’t playing for us in the past, he was able to deliver for us today,” beamed Tang.

Benilde closes out its first round campiagn against the Perpetual Altas on Friday, August 24. Arellano faced the San Beda Red Lions on the same day.