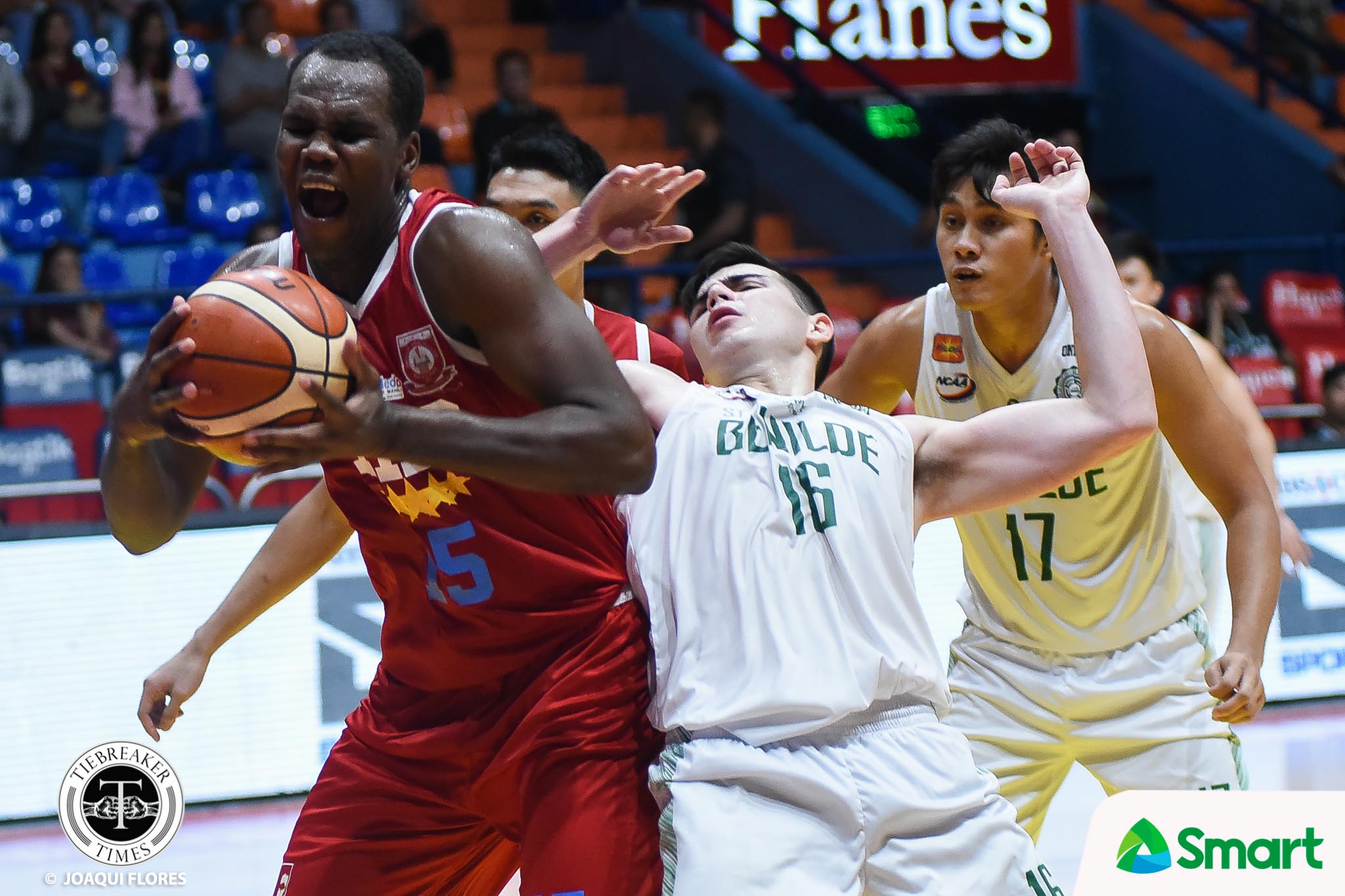 In a game between an also-ran squad and a Final Four hopeful, it was the hapless Emilio Aguinaldo College Generals who showed patience late, stunning the College of Saint Benilde Blazers, 69-67, Friday afternoon at the Filoil Flying V Centre.

With the win, the Generals snapped a seven-game losing skid to rise to 9th place in the NCAA Season 94 Seniors Basketball Tournament. EAC’s last win came at the expense of the Mapua Cardinals, 89-85, last August 10.

Though his team are already eliminated from contention, third-year Generals head coach Ariel Sison told his team that this game is more important for them than for the Blazers, who have dropped to fifth with an 8-6 slate.

And it showed during the last three minutes of the game.

Both squads figured in an error-filled two minutes, with the game knotted at 65-all midway through the final frame. But a broken play luckily ended up on JP Magullano’s hands, who calmly connected on a one-hander.

READ  Prince Eze did not want to lose for Perpetual

The Blazers had a chance to at least knot the contest late. Justin Gutang was able to convert on two free throws to end the cold spell of his squad. After getting a stop, Benilde had a crack to steal this one.

However, an excellent find by Gutang to Clement Leutcheu ended in a well-timed swat for Hamadou Laminou. Gutang’s putback missed and so was Haruna’s. Prince Carlos was able to grab the rebound but was visibly unaware of the time on the clock. With five seconds still left, he threw up a running, turnaround hook shot from beyond the arc that terribly missed.

Haruna and Gutang paced Benilde with 18 and 16 points respectively.

Benilde, the top free throw shooting team in the league, shot just 51 percent from the stripe.

EAC will next face the Arellano Chiefs on Tuesday, October 2. CSB, on the other hand, look to get back into the race on Thursday when they face the San Beda Red Lions.