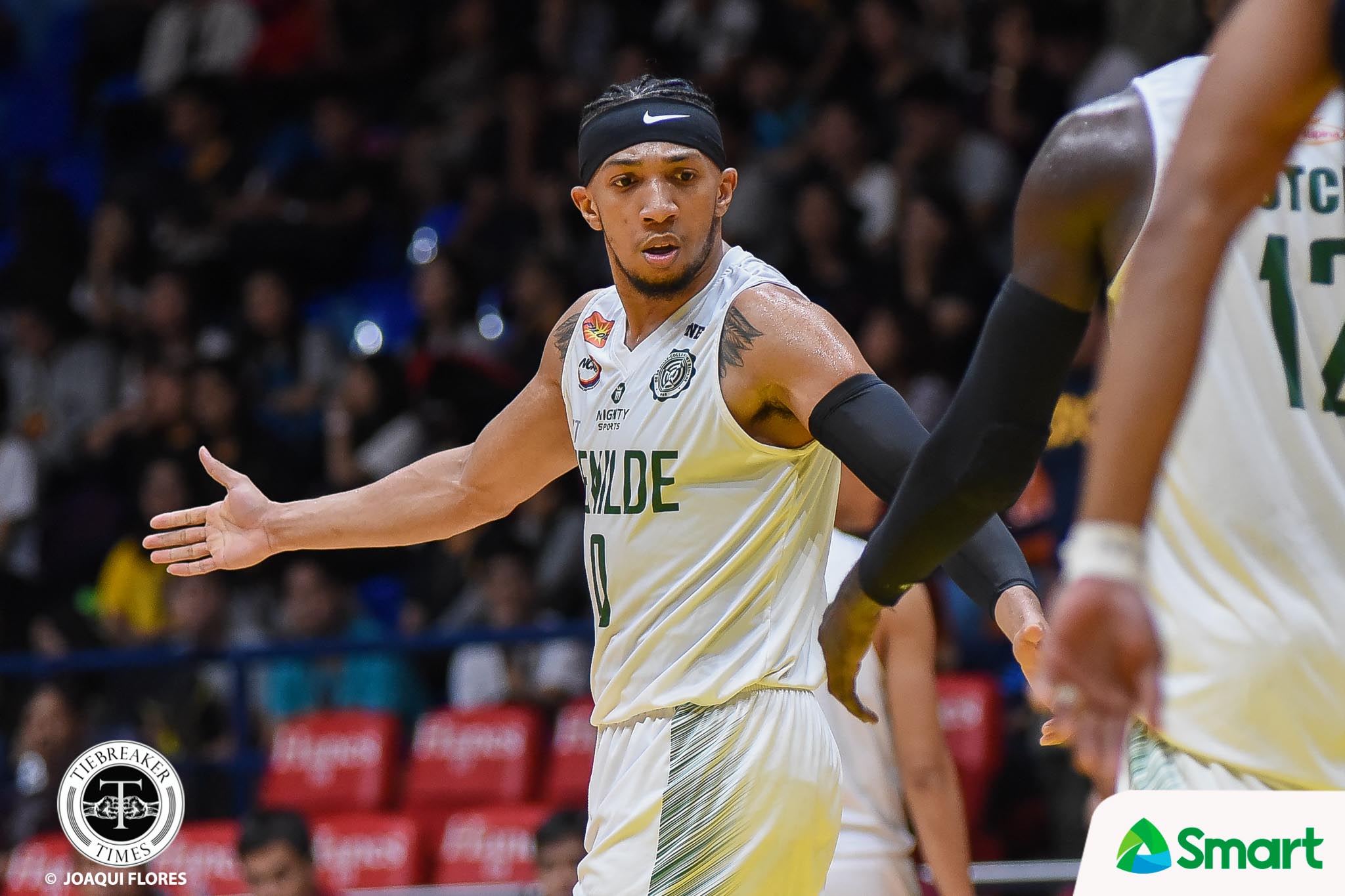 In the midst of a woeful second round, the College of Saint Benilde Blazers made sure to have something to celebrate, using a third quarter surge to dispatch the Jose Rizal University Heavy Bombers, 94-68, Tuesday afternoon at the Filoil Flying V Centre.

With the win, Benilde go up to 9-8 with one game left in their schedule. Moreover, they ended a forgettable run that saw the Blazers lose three straight games, including five of their last seven.

“I thought we started out slow this game but we were able to pick it up in the second half,” said second-year Blazers head coach TY Tang. “I’ve been telling them that whatever happens this season, we should end up with a win. We have two more games and we are hoping to win those games.”

Figuring in a tight first half, Yankie Haruna sparked a huge 32-point third quarter for the Blazers to blow the game wide open. Haruna, together with Unique Naboa, combined for 16 points during that spurt to give Benilde the lead for good.

“Just like what coach said, we started off flat. We had to adjust. We were pressing and that’s what we did in the second half,” said Haruna, who had 18 points, seven rebounds, two assists, a steal, and a block in this game.

Clement Leutcheu dominated in the final frame, scoring nine of his 17 points in the final 10 minutes of the game. He had 19 boards as well.

With their school sending over a letter of inquiry regarding four ineligible Perpetual student-athlete to the NCAA’s Management Committee, Tang and his team are hopeful that it results in what is right.

READ  JRU guns down EAC by 29 points to even slate

The Heavy Bombers, who end their campaign with a 3-15 record, were led by MJ Dela Virgen’s 25 points. Jed Mendoza and JR Aguilar had 12 points each with the latter grabbing nine boards as well.

Benilde take on the Letran Knights to close out their campaign on Tuesday, October 23.

Mario Wuysang comes out of retirement, will banner Zhuhai