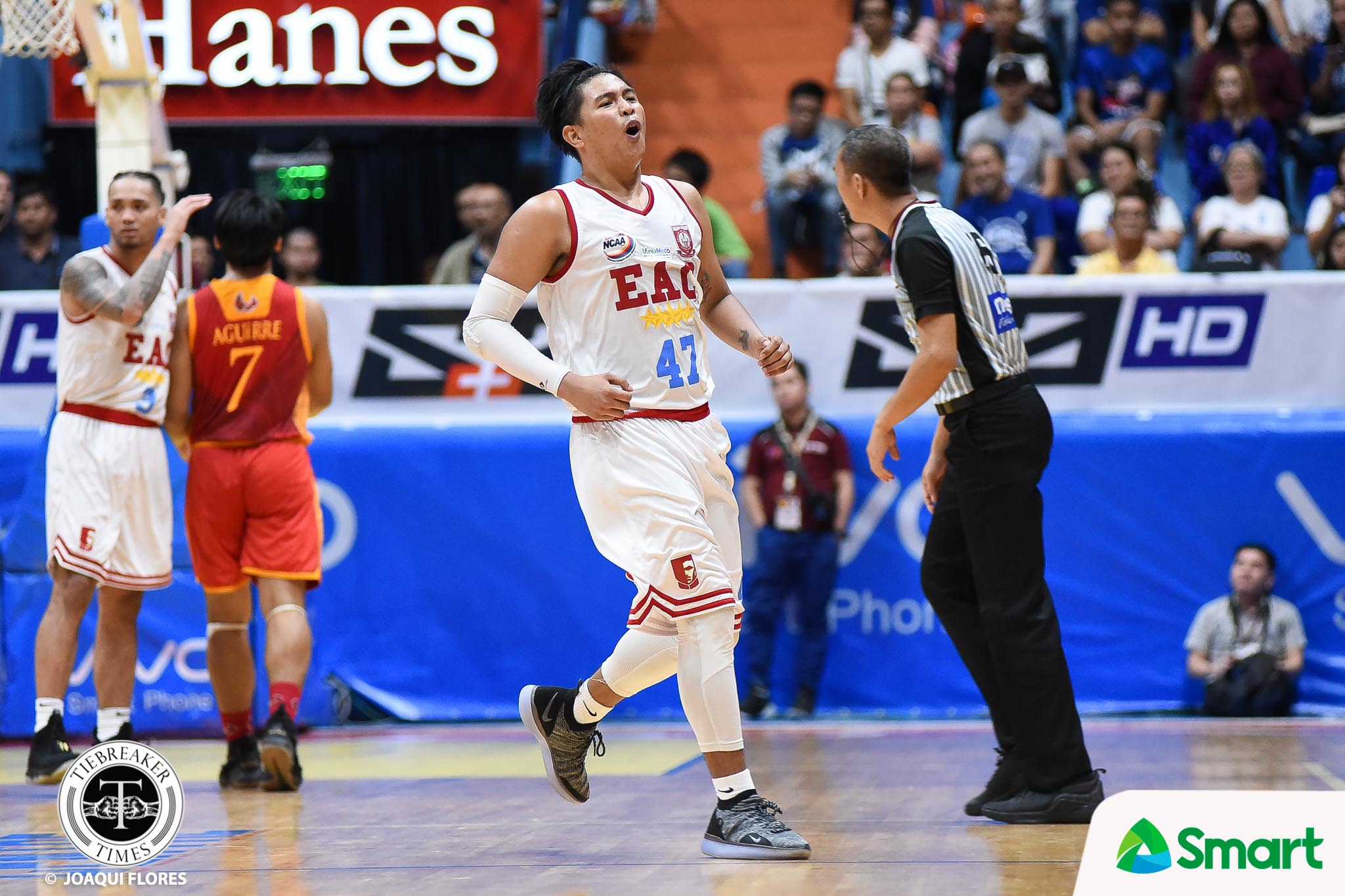 Even a frantic end game could not stop the momentum of the Generals.

Riding on the high of winning their first game of the season, the Emilio Aguinaldo College Generals did not let up, rallying back against the Mapua University Cardinals, 89-85, Friday afternoon at the Filoil Flying V Centre in San Juan City.

The Generals are now 2-4 in the standings while Mapua dropped its third straight game to fall to 2-5.

And they showed the work they have put on their free throw shooting to stave of the Cardinals.

“Well, actually, the free throw disaster that happened to us in our opening game, we worked on that,” recalled Sison after they missed 29 free throws in their 69-75 overtime to the Arellano Chiefs last July 19.

With EAC clinging to a solitary point lead with 13.5 seconds left, a scramble happened between the two squads as almost everyone on the floor dove for the loose ball. But it resulted to an unsportsmanlike foul called on CJ Cadua while a technical foul was slapped on Laurenz Victoria.

Denniel Aguirre muffed both of his free throws while Jerome Garcia made his. Garcia then made two more free throws afterwards to increase to increase the Generals’ lead to four with 8.4 ticks remaining.

Off a timeout, the Cardinals were able to get a quick two courtesy of a Noah Lugo floater. Again, the Generals knocked down two more free throws courtesy of Sean Neri to seal the win.

#ReadMore  Jerie Pingoy continues to rack up the steals

“I talked to them. Maui [Cruz] is sick. Sinabi ko kay Cadua, this is your opportunity. Just believe,” added Sison as Cadua finished with a career-high 10 markers.

Mapua led by as much as 10 points in the contest before Jan Natividad stepped up in the third frame, scoring 10 of his 12 points to rally EAC back.

Hamadou Laminou provided the anchor for EAC with 17 points, 12 rebounds, and six blocks while Garcia added 14 markers. Juju Bautista also finished with a double-double with 13 points and 13 rebounds.