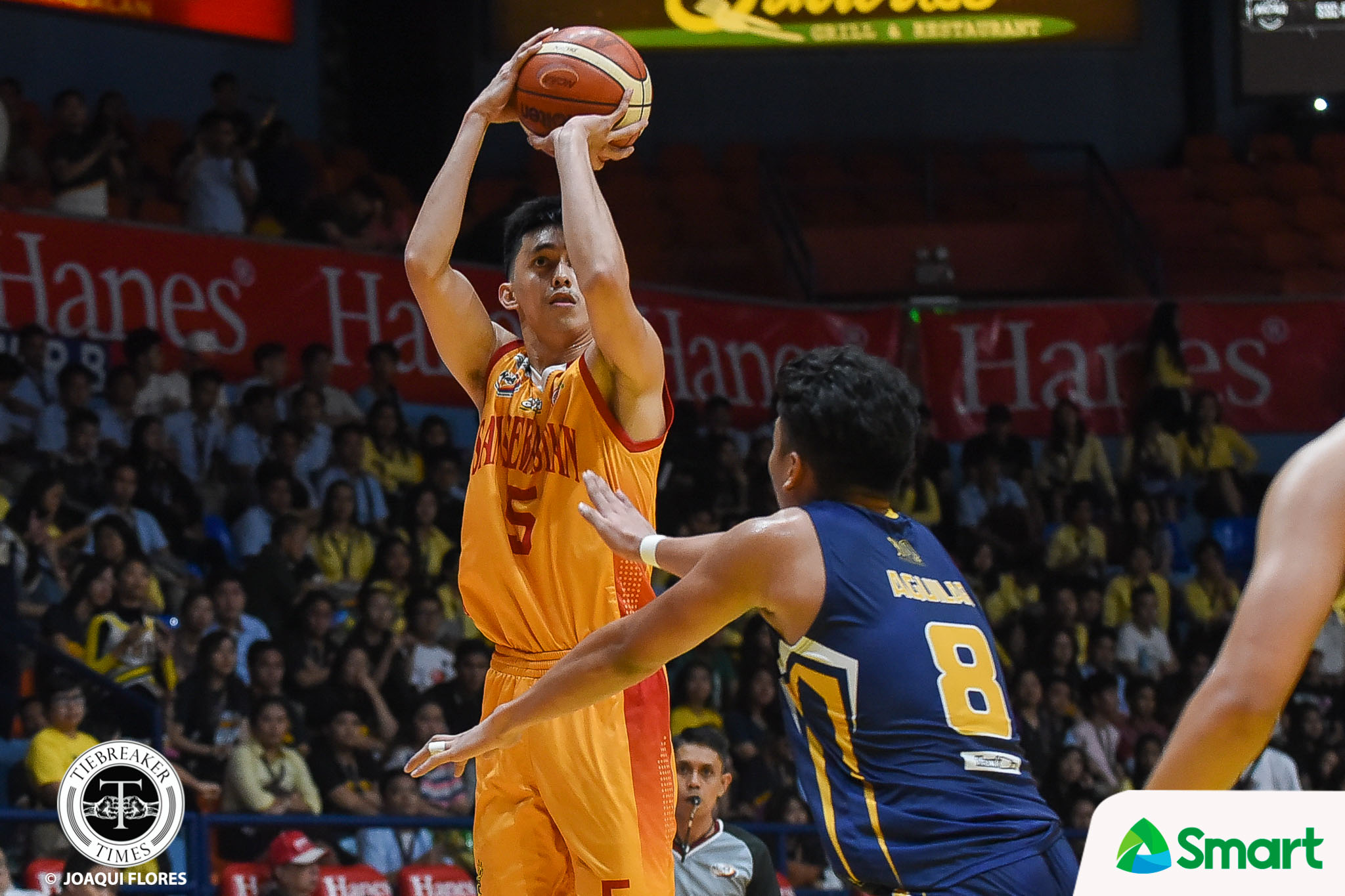 Last July 24, San Sebastian blasted JRU to the tune off of an 86-76 beating. However, they forfeited that victory – alongside one more – as RK Ilagan was caught playing in a ‘ligang labas’ game.

But it’s about moving on for Egay Macaraya and his team.

“Sayang din diba? Nandun din sana kami sa contention but past is past. Good thing about this, naka-move on na kami,” Macaraya said.

“The good things about this is nakapagpahinga kami. Masyadong long yung break at nakapagpahinga yung guys,” shared Macaraya, as last Friday’s game between San Sebastian and the Arellano Chiefs was postponed to a later date due to Ompong.

The duo of JR Aguilar and MJ Dela Virgen led JRU’s second quarter fightback, before Darius Estrella and Jed Mendoza took over in the third canto. However, Bulanadi continued to heat up to close out the game, not giving JRU a chance to get a taste of the lead for the entire course of the contest.

Ilagan had 16 points and 11 rebounds, while Alvin Capobres added 14 points and seven rebounds for San Sebastian.

This is San Sebastian’s third straight win to raise its record to 4-9 – 3.5 games behind fourth-running CSB Blazers. JRU dropped to 2-11 and are already eliminated for Final Four contention.

San Sebastian will next face the San Beda Red Lions on Thursday, September 27. JRU, on the other hand, look to snap their skid when they take on Perpetual Altas on Tuesday, September 25. Both games will still take place at the Filoil Flying V Centre.