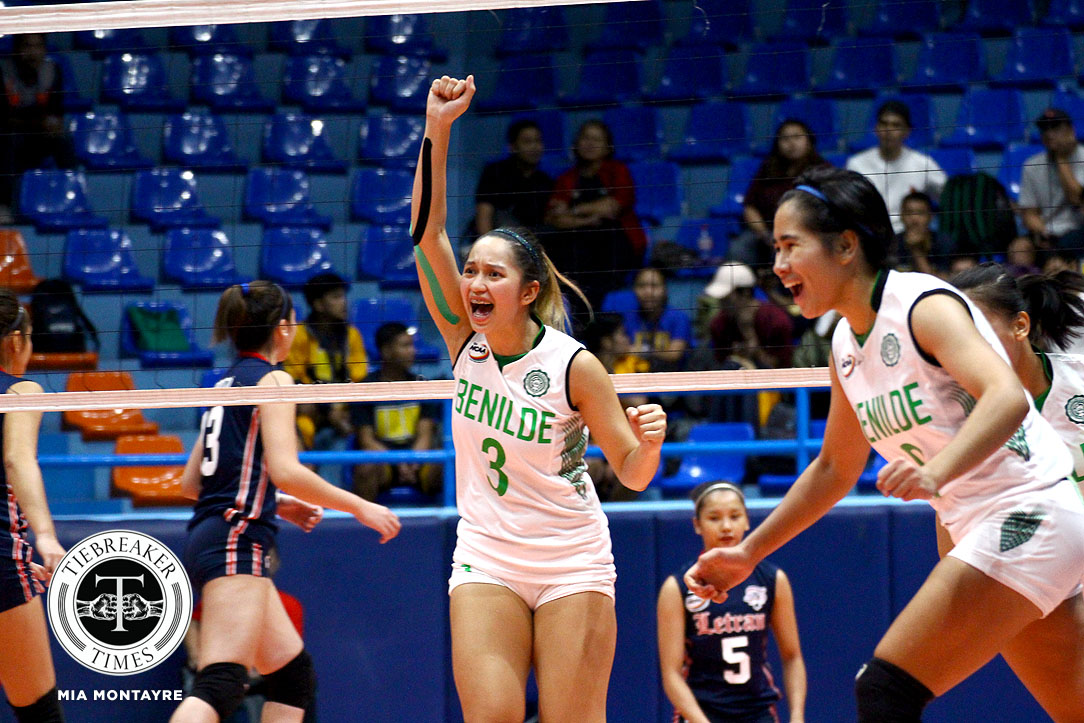 Rachel Austero was all over the place as the versatile spiker, listed as middle in this game, fired off 14 points off nine attacks and four aces. Skipper Ranya Musa also had 14 markers, 10 coming from spikes.

The Taft-based squad had to come back from a 9-14 deficit in the first frame, and used this momentum to deny Letran the first two sets.

Ultimately, with several offensive options, Saint Benilde was just too much for the ladies from Intramuros in the third set as setter Chie Cardiente finished with 20 excellent sets.

Newly installed head coach Arnold Laniog was pleased with the win, but also quick to say that the squad is still in progress.

Laniog, however, lamented Letran’s leading scorer – their 30 errors as Miracle Mendoza only had five points to lead the blue-shirts.

The Lady Blazers (1-0) will attempt to do better as they take on the Lyceum of the Philippines University on Thursday, January 11. On the other hand, the Lady Knights (0-1) will face the Mapua University on Monday, January 8.