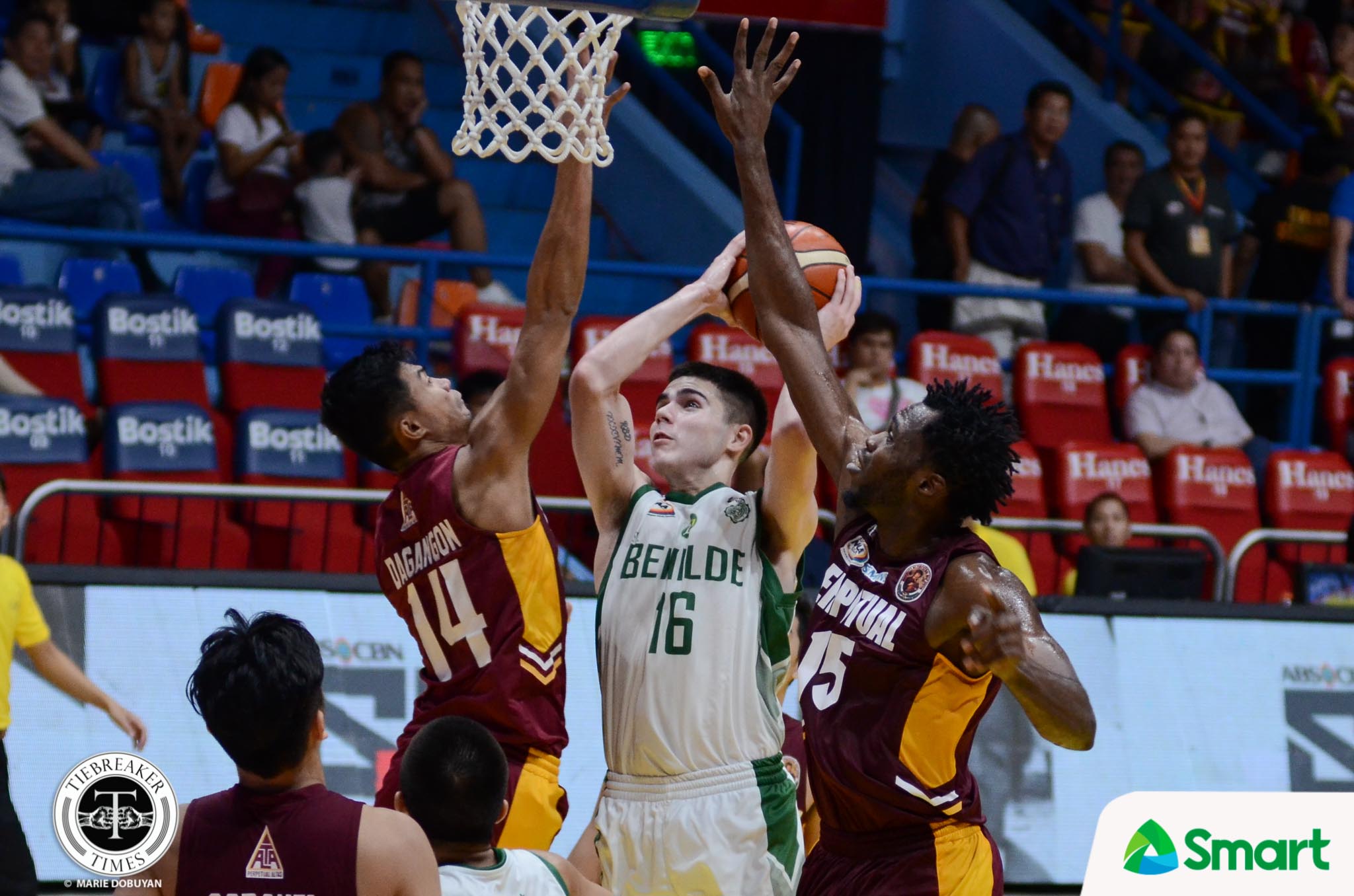 Proving that their first round win via technicality was no fluke, the College of Saint Benilde Blazers played their best basketball of the season, blowing past the University of Perpetual Help System DALTA Altas, 83-55, Friday afternoon at the Filoil Flying V Centre in San Juan City.

“Well, finally a win is a win for me, for us! Last time around, it was also the last minute that they got the win from us. I believe that that game was supposed to be ours,” recalled first-year Saint Benilde head coach TY Tang as the Blazers won its first round encounter against Perpetual last July 11 via technicality.

This is just Saint Benilde’s third win in 12 tries, while Perpetual dropped to 4-7, tied with Arellano in seventh. Moreover, this is the Blazers’ first win since August 8, beating the Mapua Cardinals 74-69.

“This time we wanted to win convincingly. We just played good basketball on both ends of the court and we were composed. Finally, we were able to get over that hump,” added Tang.

After setting his career-high 27 points last September 8, Edward Dixon continued to ride the heater run he is in, leading the Blazers with 21 points on 9-for-14 shooting to go along with seven rebounds and two steals.

Carlo Young, who was making his return after a one-game suspension, provided the spark for Saint Benilde, scoring all 14 of his points in the opening half.

“I though that we moved the ball well today. Not only Carlo and Edward, there was also JJ [Domingo] and the others that helped us get this win,” remarked Tang.

And the Blazers surged to an early lead, as they were able to limit the Altas to just nine first-quarter points.

The Altas could not gain any sort of momentum in the game, committing their season-high 29 turnovers that led to 26 Benilde points. Moreover, the Blazers’ defense zoned in on MVP candidate Prince Eze, limiting him to just six points and 16 rebounds in 33 minutes of action.

“We just took advantage their coach leaving them behind on short notice. They just made a new system in terms of their offense. We focused our defense on Eze and set-up our defense on their post. We just capitalized on that,” said Tang as Benilde led by as much as 32 points in the final frame.

No Altas scored in double-figures as Keith Pido led Perpetual with nine points. However, Perpetual shot a combined 35 percent from the field compared to an efficient 44 percent for Benilde.

Saint Benilde look to make it two in a row on Thursday, September 21, against the San Sebastian Golden Stags at 4:00pm. Perpetual, on the other hand, will have a tough next assignment, taking on the Lyceum Pirates on the same day at 2:00pm.