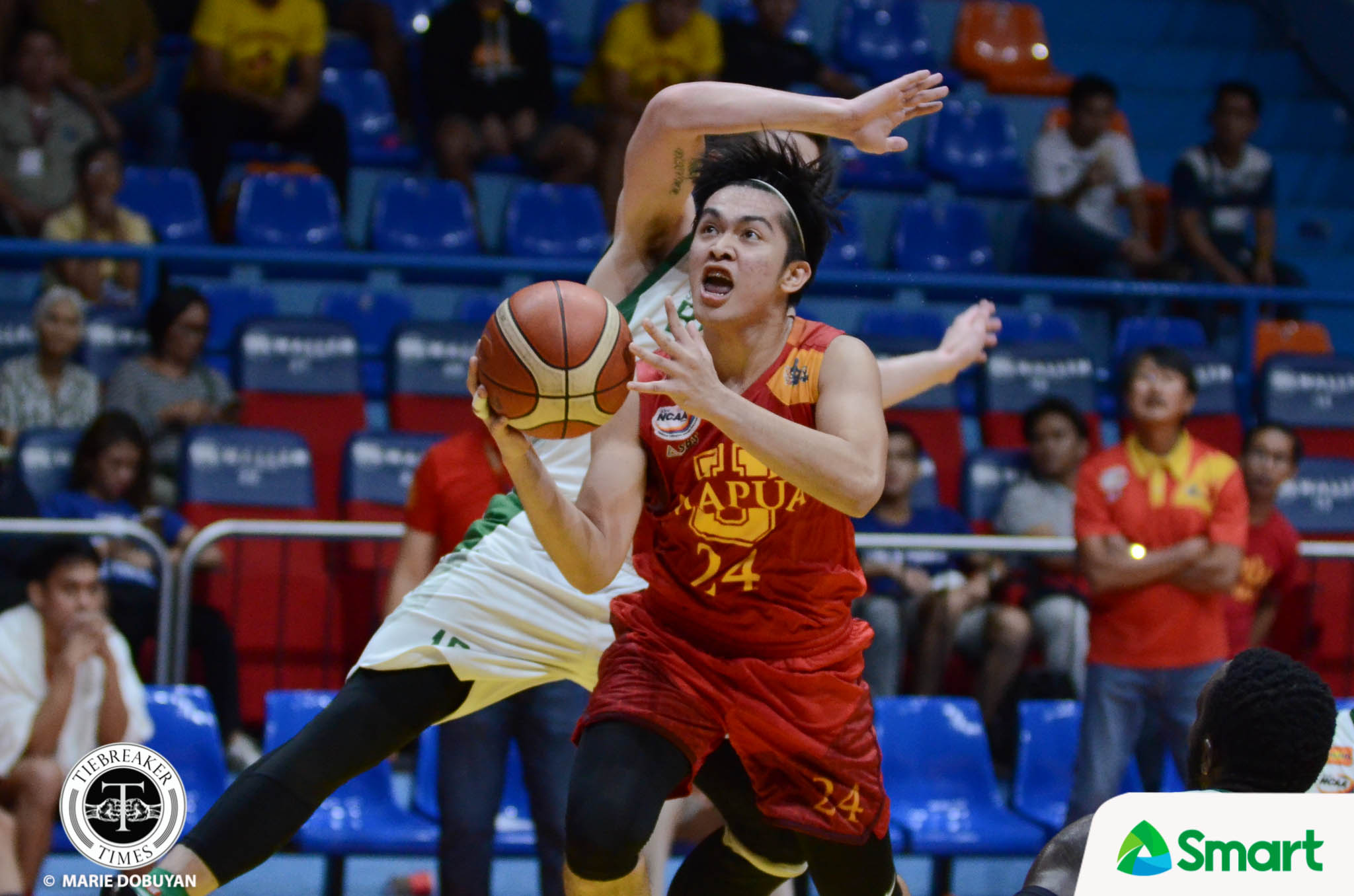 In a battle of two struggling programs, the Mapua University Cardinals were able to outlast the College of Saint Benilde Blazers in a surprise thriller, 79-69, Thursday afternoon at the Filoil Flying V Centre.

The win is a glimmer of light to what has been a dark season for the Cardinals, a team that last tasted victory last July 11 when they stunned the Letran Knights 78-75.

Sophomore guard Laurenz Victoria led the Cardinals with 19 points on 8-for-15 shooting to go along with seven assists.

“What can I say, it’s been a long time. Thank you to Laurenz. Basta we keep on practicing and we still do our system, we run, kasi yun ang sistema kasi we are small, we run,” Co added.

It was a heartbreaking defeat for the Blazers, a team that had defeated the Cardinals in the first round 74-69 last August 8, as they had held on to one-possession lead for the majority of the ball game. However, they would be stuck at 69 points in the final 2:49 of the contest.

“I did something, I made a good decision today, I just stayed to seven or six players playing, and luckily, nag-produce sila,” Co disclosed.

Christian Bunag was able to knot things up at 69-all with a short stab, while a miss by Dino San Juan led to a breakaway lay-up for Victoria.

Misses by JJ Domingo and Gerard Castor led to freebies for Denniel Aguirre and JP Nieles to seal the win.

READ  Six-year wait all worth it for Miguel Salud

Clement Leutcheu finished with 18 points on 7-for-11 shooting to go along with nine rebounds while rookie Unique Naboa added 12 points.

Mapua hope to sustain this strong push and build on it for next season when they face the Perpetual Altas on Thursday, October 5 at 4:00pm. Saint Benilde, on the other hand, look to do the same when they take on the JRU Heavy Bombers on the same day at 2:00pm.