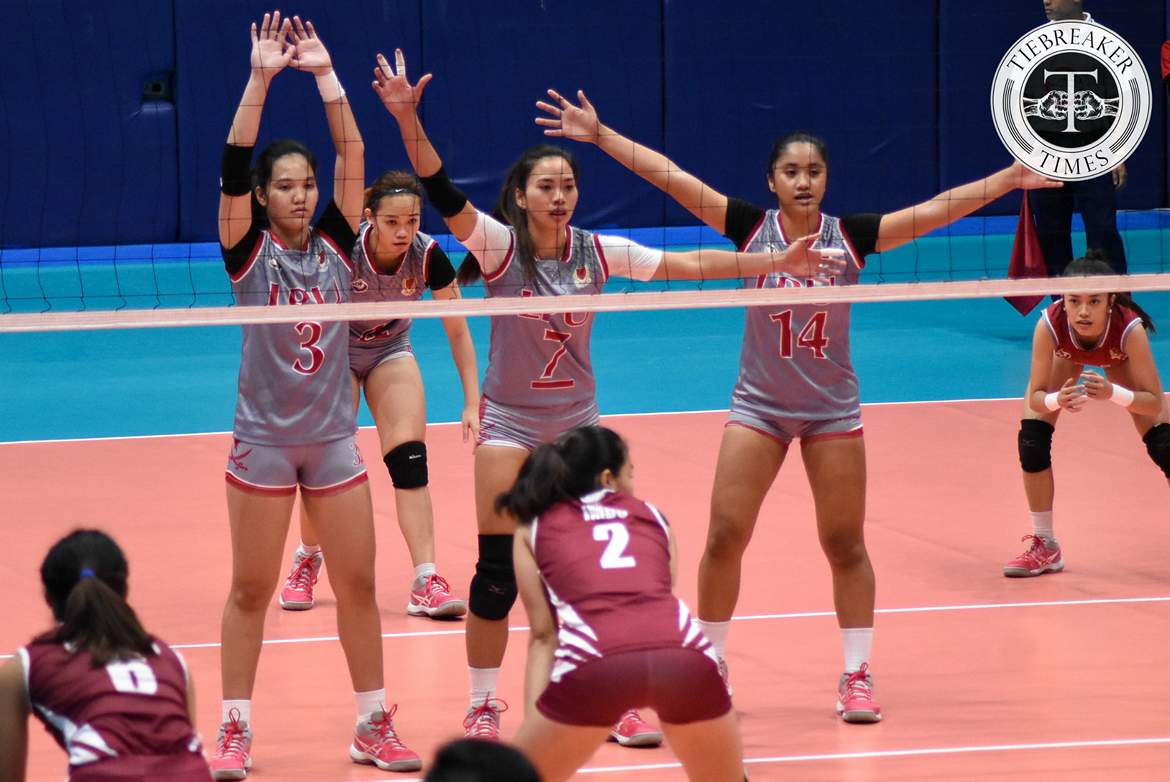 Not wanting to fall prey to an upset, the Lyceum of the Philippines University Lady Pirates put on a clinic in the fourth set and ultimately subdued the gritty Mapua University Lady Cardinals, 26-24, 24-26, 25-21, 25-17, to take their first win of the season, Monday afternoon at the FilOil Flying V Centre.

Monica Sevilla and Elaine Juanillo stepped up for the Lady Pirates with 18 points each. Juanillo topped the squad on attacks at 15, while the former was a presence at the net with six blocks.

The result was 30 errors that kept Mapua in the game. Lyceum also had huge reception problems, leading to 16 aces from the Cards, six off which came from Dianne Latayan.

Nonetheless, with fourth-year setter Cherry Genova finding Sevilla and Juanillo clicking, nothing stopped the Pirates to snag that third and fourth frames.

The Lady Pirates (1-2) will try to extend their winning run as they face Colegio de San Juan de Letran Lady Knights (1-2) on Thursday. The Lady Cards (0-3) will take on the San Beda College Lady Red Spikers (2-0) on Friday.

Carl Cruz breaks out after months of limited time with Alaska