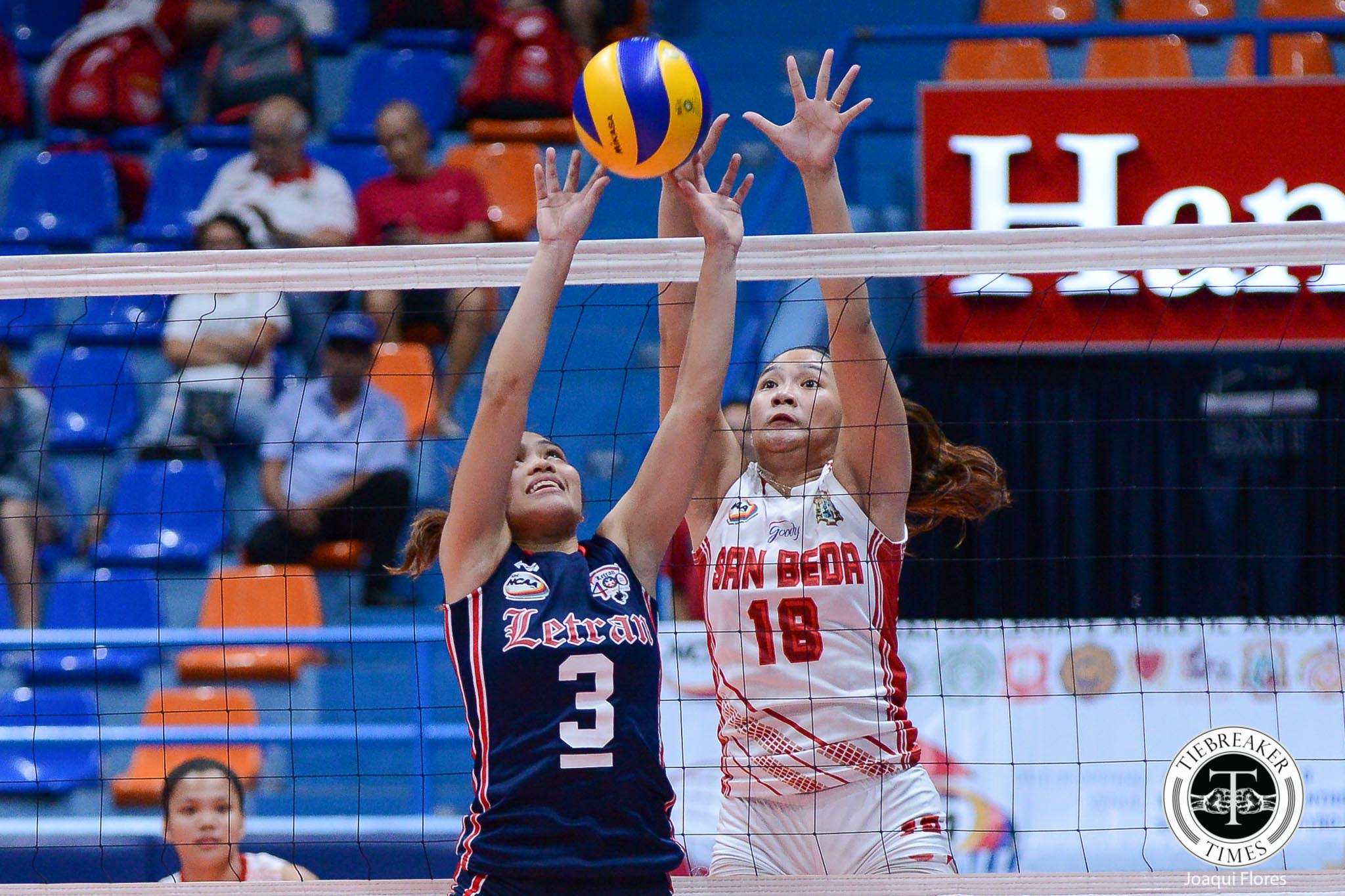 With their undefeated record at stake, last season’s Rookie of the Year Cesca Racraquin pulled the San Beda College Lady Red Spikers out of a huge deficit in the fifth frame and guided them to a 17-25, 25-15, 25-16, 27-29, 15-12 win over arch-rivals Colegio San Juan de Letran Lady Knights at the FilOil Flying V Centre.

The open hitter saw her team out of a 2-8 hole in the decider through steady serving that produced two aces in an 8-0 run. The Lady Red Spikers closed the match out thanks to quick transition plays, ending the match after an errant Letran attack.

San Beda head coach Nemesio Gavino lauded his team’s maturity in tight situations. However, he acknowledged that their slow starts might eventually cost them against better teams.

San Beda (5-0) take on the Lyceum of the Philippines University (1-4) on Wednesday at the FilOil Flying V Centre. Letran (2-3) figure in a pivotal tiff with Final Four implications when they take on the San Sebastian College-Recoletos (3-2) on Thursday.