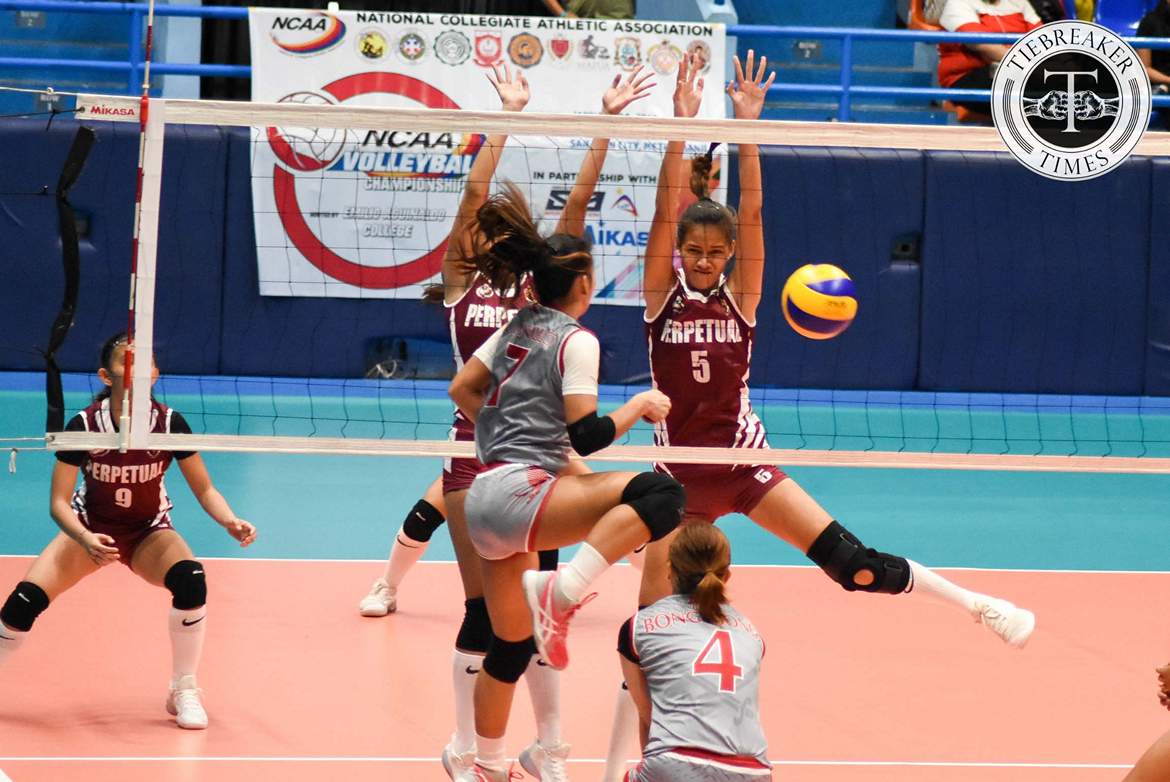 The Las Pinas-based Perpetual Help Lady Altas fended off a severely shorthanded Lyceum of the Philippines University Lady Pirates squad in three sets, to open their season with a win, Sunday early afternoon at the FilOil Flying V Centre.

The maroon-shirts relied on their height and speed advantage to dominate the Lady Pirates on all fronts. The Lady Altas had a 32-25 lead on attacks, as well as a seven to three spread on blocks. The side also pounced on the opponent’s floor defense with 11 service aces.

Head coach Cariño was pleased with how the ladies responded to the sudden health concern suffered by starting opposite hitter Jhona Rosal. “Buti na lang yung team, nag-train ng maayos. Ready for such incidents” he said.

The former Alta was overall satisfied. “I’m impressed,” he exclaimed. “But there is still more to learn.”