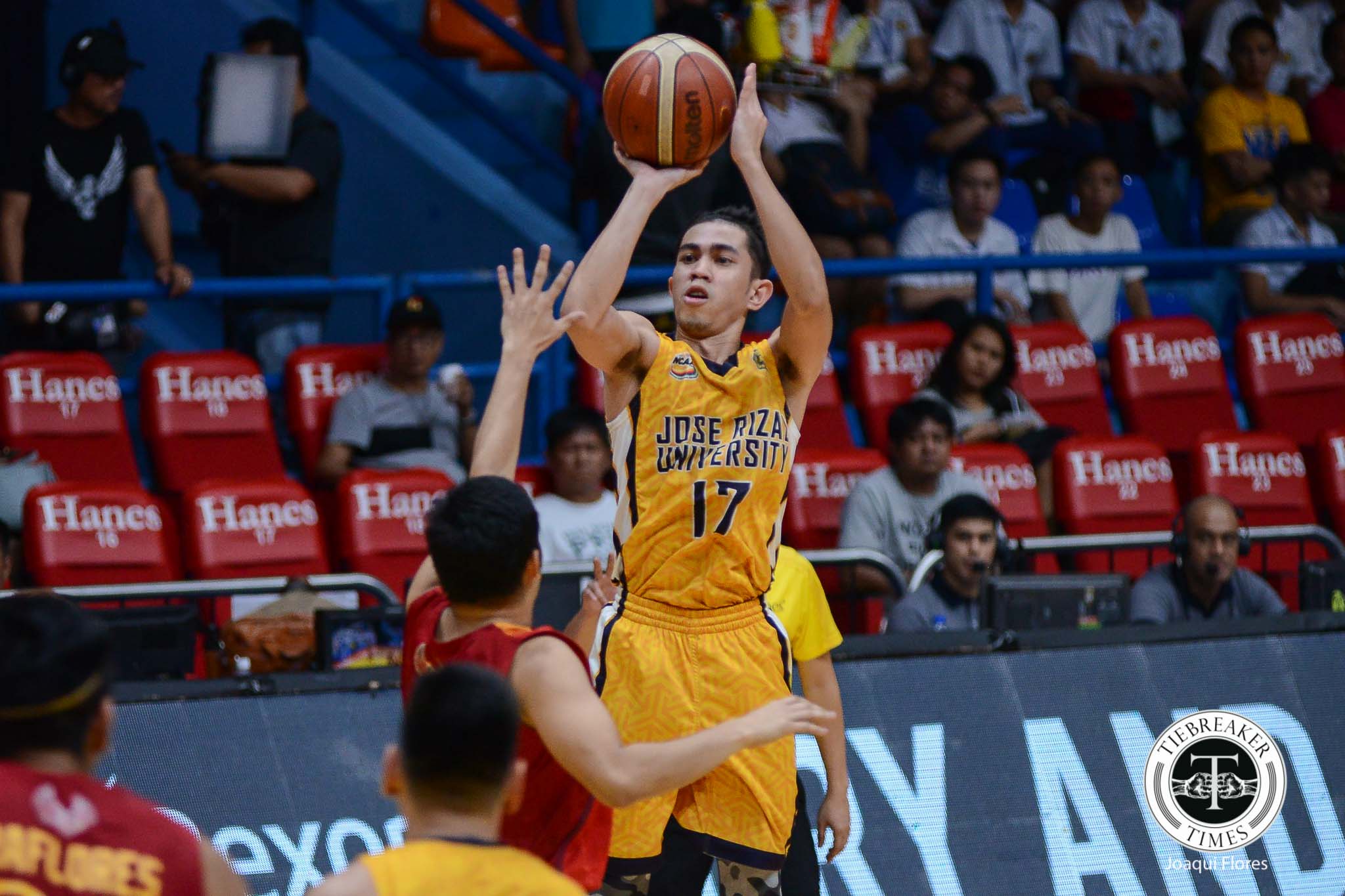 In what was expected to be a romping, the Jose Rizal University Heavy Bombers relaxed against the Mapua University Cardinals, settling for a 68-59 win to end their first round campaign with a four-game winning streak, Tuesday afternoon at the Filoil Flying V Centre in San Juan City.

JRU ended their first round run with a 6-3 record, good for third, while Mapua finished dead last with a 1-8 card.

“A win is a win but the way we played, I’m not happy about it. They thought they [could] easily win against Mapua. Mapua gave them a hard time,” admitted JRU head coach Vergel Meneses.

Aaron Bordon picked up his career-high in the game with 17 points and four rebounds, while Jed Mendoza added 12 points, five rebounds, and two assists.

“He should not be happy with how he’s playing. He has to learn more, he has to mature at di sya pwede makuntento with the way he’s playing now,” Meneses remarked about Bordon.

And the same goes for the Heavy Bombers, as they let their guards down after leading by as much as 19, 64-45, with five minutes left in the ball game.

Lazy passes and getting into bad situations against the Mapua press led to turnovers, that led to easy bucked for the Cardinals. JRU were fortunate that Abdulwahab Abdulrazak was able to score on a put-back to stop the JRU bleeding, after Mapua sliced the lead to just seven, 66-59, with a minute remaining.

“We’re not yet in the same level with San Beda and Lyceum,” admitted Meneses. “Even Letran.”

Christian Buñag led the eight-man Mapua squad with 15 points and 21 rebounds, while Laurenz Victoria had 12 markers and five boards.