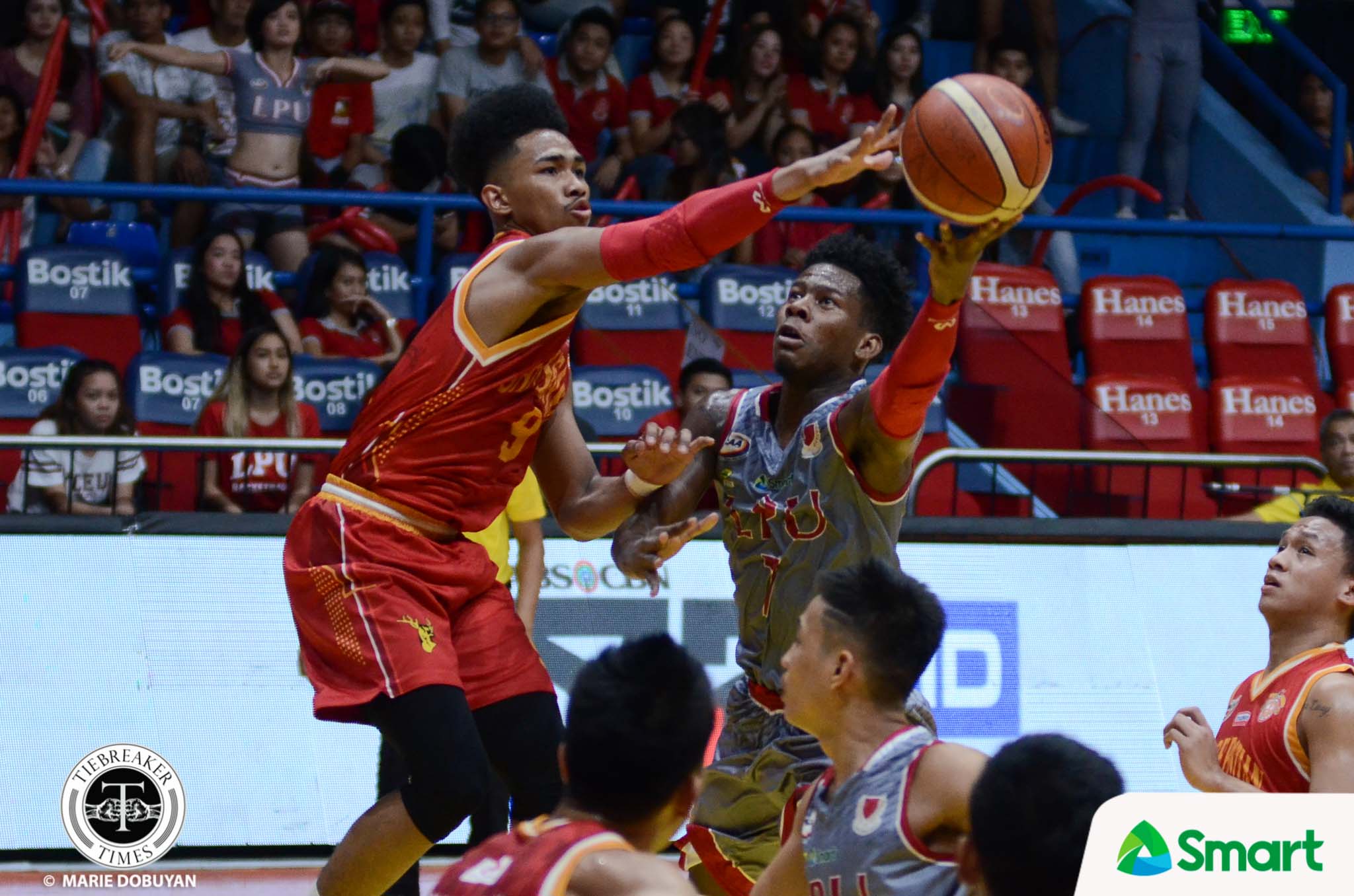 The Lyceum of the Philippines University Pirates achieved another milestone, as they earned their 15th straight win after outlasting the San Sebastian College-Recoletos Golden Stags, 78-73, Friday evening at the Filoil Flying V Centre in San Juan City.

Lyceum’s current win streak is the second-best start in the league’s 93 year history. San Beda own the best start record, going on an 18-0 rampage in Season 86.

But besides making team history, CJ Perez, the leader of this magical run, achieved a personal feat after scoring his personal-best 28 points to go along with 10 rebounds and four steals.

But the Pirates had to claw their way to the victory, figuring in a physical match-up with the Golden Stags.

“We really have to be mentally tough. What’s more than physical toughness is the mental. At the end of the day, it’s the final score that matters,” third-year Pirates head coach Topex Robinson.

After leading by as high as 11 points to start the game and eight points, 70-62, with 5:07 left, Allyn Bulanadi willed the Stags back in contention, six straight points in a 9-2 run to cut the lead to just one with 3:30 left.

Lyceum had a lot left in their tank, as Ayaay was able to convert a breakaway lay-up. A basket by Bulanadi was answered right back by Mike Nzeusseu, while a basket plus the harm by Jaycee Marcelino sealed the win.

“Again credit goes to the coaches for making my job easier. I’m just proud with the way we just stood our ground,” beamed Robinson.

Jaycee Marcelino and Mike Nzeusseu finished with 11 points each, with the latter grabbing 11 rebounds.

Bulanadi paced San Sebastian with 19 markers and eight rebounds. Michael Calisaan finished with a double-double with 13 points and 11 rebounds, but went just 5-for-14 from the field.

Lyceum look to extend their streak to 16 when they face the Letran Knights on Friday, October 6, at 4:00pm. The 7-7 Golden Stags take on the JRU Heavy Bombers on the same day at 2:00pm.