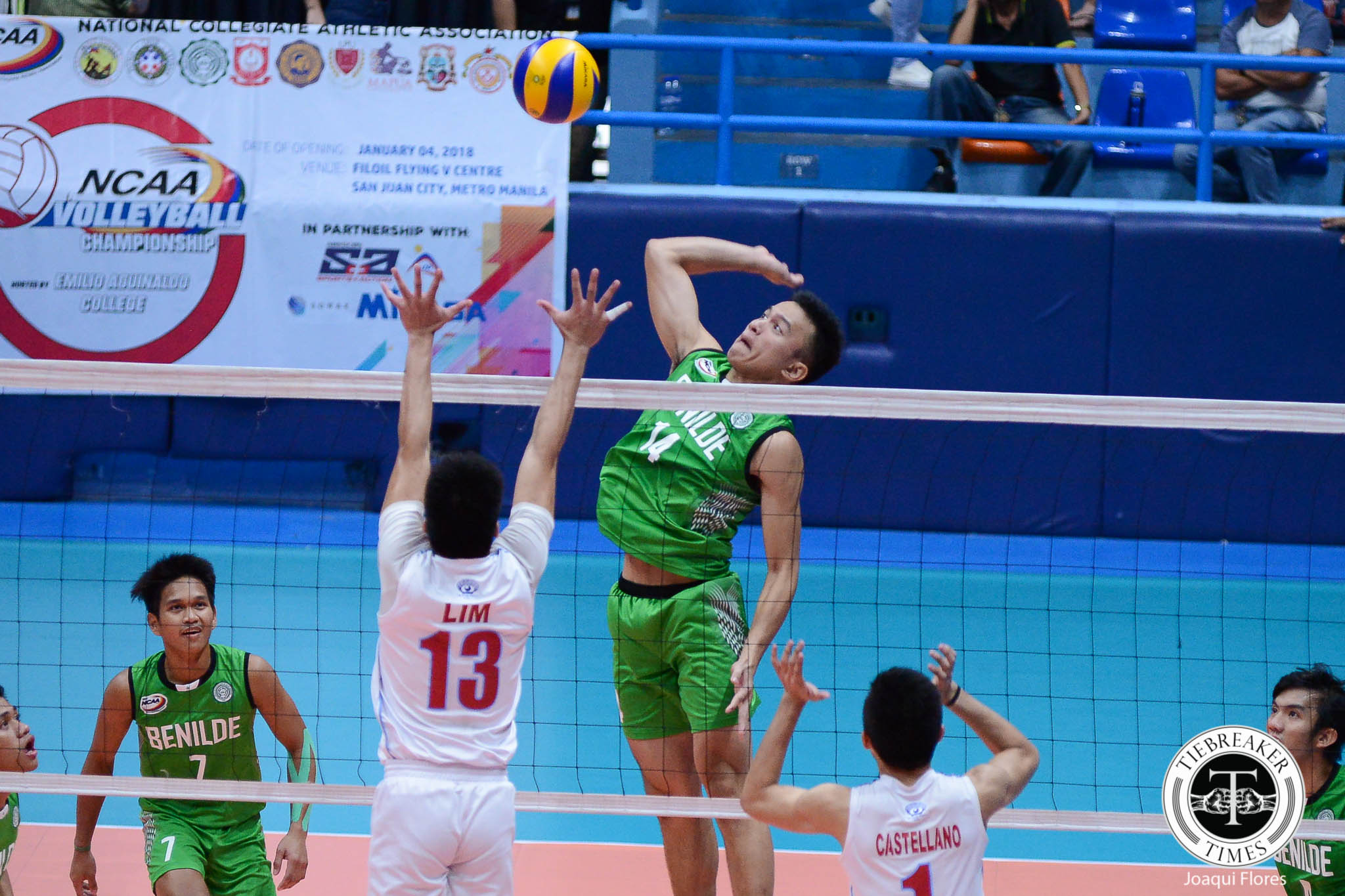 The Generals stormed through the first two sets, leaning on better transition and their service game. Joshua Mina and Chris Ilano poured in most of their combined 27 points in these frames.

Nonetheless, when the Blazers realized that they needed to turn up their aggressiveness, it was cruise control from there.

EAC imploded in the next two sets, coughing up most of their 41 miscues during the frame. The reigning champions capitalized on the situation with heightened aggression.

Halfway through the eliminations, Orian shared that the Blazers needed to continue their hard work.

Mina starred for the Generals with 16 points.

The Blazers (4-1) will battle the Jose Rizal University (0-5) on Wednesday. The Generals (2-3) will lock horns with the Mapua University (2-2) on Thursday, in a tussle for survival.