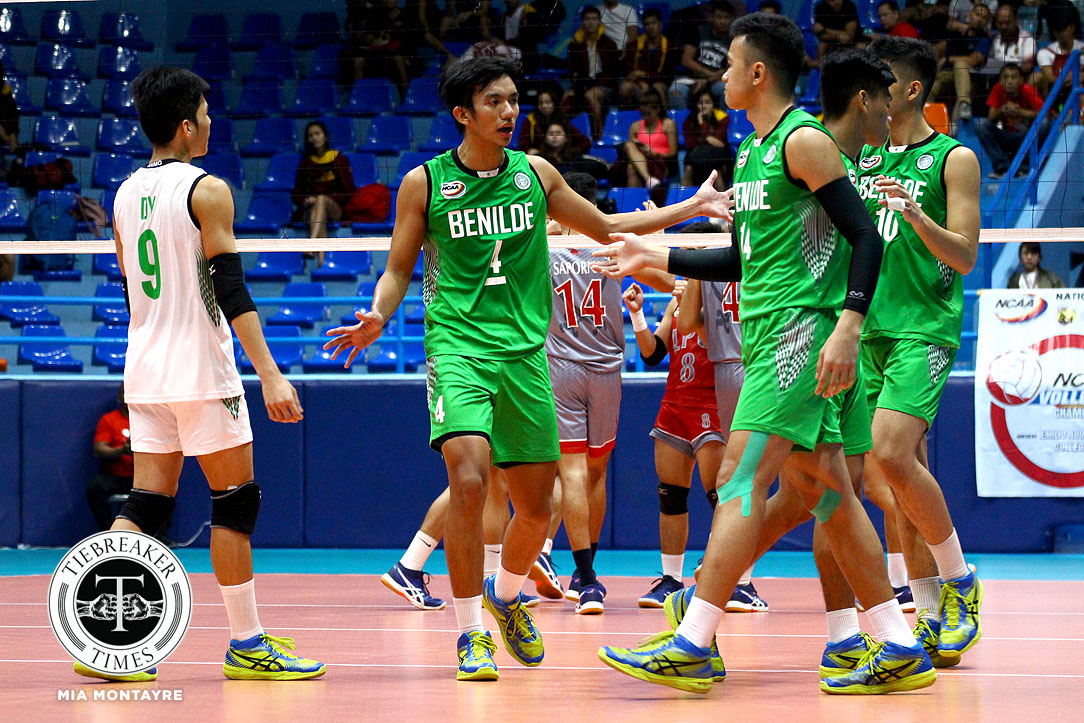 Behind all-around contributions from everyone on their roster, the College of Saint Benilde Blazers floored the Lyceum of the Philippines University Pirates, 25-18, 25-22, 25-18, to remain unbeaten in NCAA Season 93 at the FilOil Flying V Centre.

The defending champions pulled solid outings from their starters as they piled up a 45 percent reception clip and converted 50% of their attacks.

According to head coach Arnold Laniog this level of consistency is what he aspires his players to carry through for the rest of the season now that they are without National Team standout Johnvic de Guzman.

The Blazers (2-0) next face the San Beda College Red Spikers (1-0) on Tuesday, at the FilOil Flying V Centre.

Joeward Presnede managed 10 points for the Pirates who fell to an 0-2 record.

Lyceum tries to rebound against the Letran Knights (0-2) on Thursday.