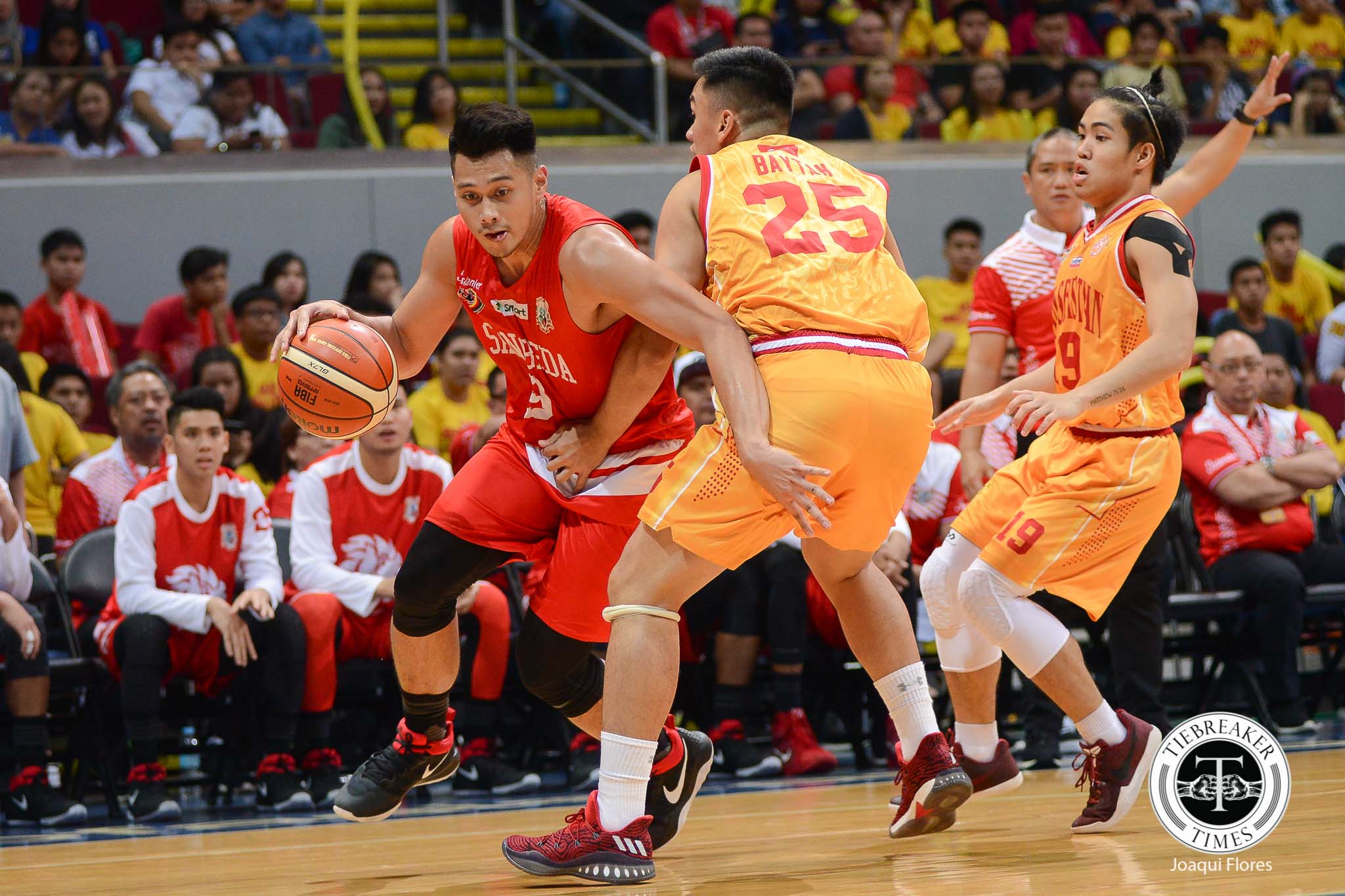 San Beda have yet to lose on opening day since 2006

With an intact line-up and having added key transferees, the San Beda Manila Red Lions showcased their depth, stifling the San Sebastian College-Recoleto Golden Stags late to take a 76-67 win, Saturday afternoon at the SM Mall of Asia Arena in Pasay City.

With the game knotted at 62-all, Fernandez plugged in a tall line-up that featured Mocon, Bolick, JB Bahio, Arnaud Noah, and Clint Doliguez. And the move paid dividends, as the Red Lions forced the Golden Stags to contested shots, missing seven of their last eight attempts.

On the other end, San Beda showed tenacity on the boards while displaying great ball movement, as the Mendiola squad went on a 12-2 rally. A coast-to-coast lay-up by Doliguez sparked the rally with Bahio, Doliguez once more, and Bolick scoring in that order. Free throws by former DLSU Green Archer Renzo Navarro tried to stop the bleeding, but they were answered right back by a booming triple by Davon Potts with 1:02 left, giving San Beda a game-high 74-64 lead with 1:02 left.

“Our defense really stepped up in the fourth quarter. Clint Doliguez came in and gave us the energy,” Fernandez remarked about Doliguez, who scored all six of his points in the final frame.

Donald Tankoua returned to action after missing the entire second round and playoffs of Season 92, scoring 10 points and grabbing eight rebounds in just 16 minutes of action. Potts added nine markers, all from downtown.

Michael Calisaan led four Stags in double-figures with 13 points but shot just 4-for-12 from the field. Navarro added 12 points while RK Ilagan and Allyn Bulanadi finished with 10 points each.

The Red Lion held a huge 52-32 rebounding edge while forcing the Golden Stags to shoot a horrid 5-for-29 from downtown.

San Beda will next face the Lyceum Pirates on Friday, July 14, at 4:00pm. San Sebastian, on the other hand, will play their first road game of the season when they face the Arellano University in the Chiefs on their home floor on Thursday, July 13.