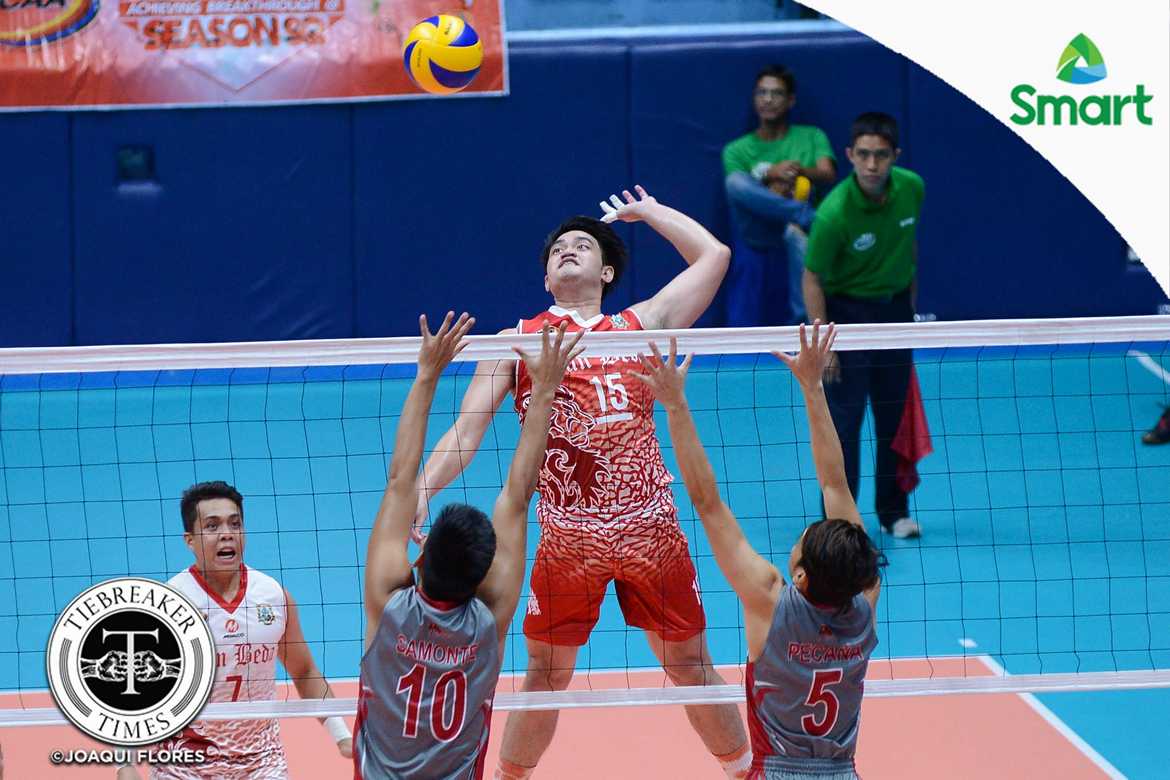 There was no team that could stop the onslaught of Kenneth Aliyacyac and the Arellano University Chiefs in NCAA Season 92 — not until they faced the San Beda College Red Spikers.

San Beda made a statement at the get-go, stopping two straight hits of Arellano, with Mark Enciso and Mark Santos manning the net. That served as a warning for the Chiefs, who were able to make some adjustments in an offense led by league’s top attacker John Cabillan.

It was what transpired in the third set, at least until the Chiefs pulled off the comeback. San Beda went to their outside hitters Adrian Viray and Gerald Zabala, while Arellano leaned on their middle attackers Kevin Liberato and Kenneth Aliyayac in that crucial frame. Nonetheless, an unfortunate error from the Red Spikers put them to a 1-2 disadvantage in the match.

The result is San Beda pulling off dominant wins in the fourth and the fifth sets to turn the match around on their favor. Last year’s captain Alfie Mascariñas rallied his pack while putting up six points in the process.

As what happened all match long, Red Spikers captain Santos finished off the match with his eighth block of the contest.

Cabillan paced the Chiefs with 27 huge points, while Aliyacyac was silenced and limited to seven markers.

With the win, the Red Spikers take provisional lead in the standings at 5-1, leading three teams by half-a-game. Arellano are currently tied in the second spot with the Perpetual Altas and CSB Blazers, all holding identical 4-1 records.

League-leading San Beda will face off against their rivals the Letran Knights on Wednesday, December 14. The Chiefs will try to bounce back when they battle the JRU Heavy Bombers, January 12 of next year.