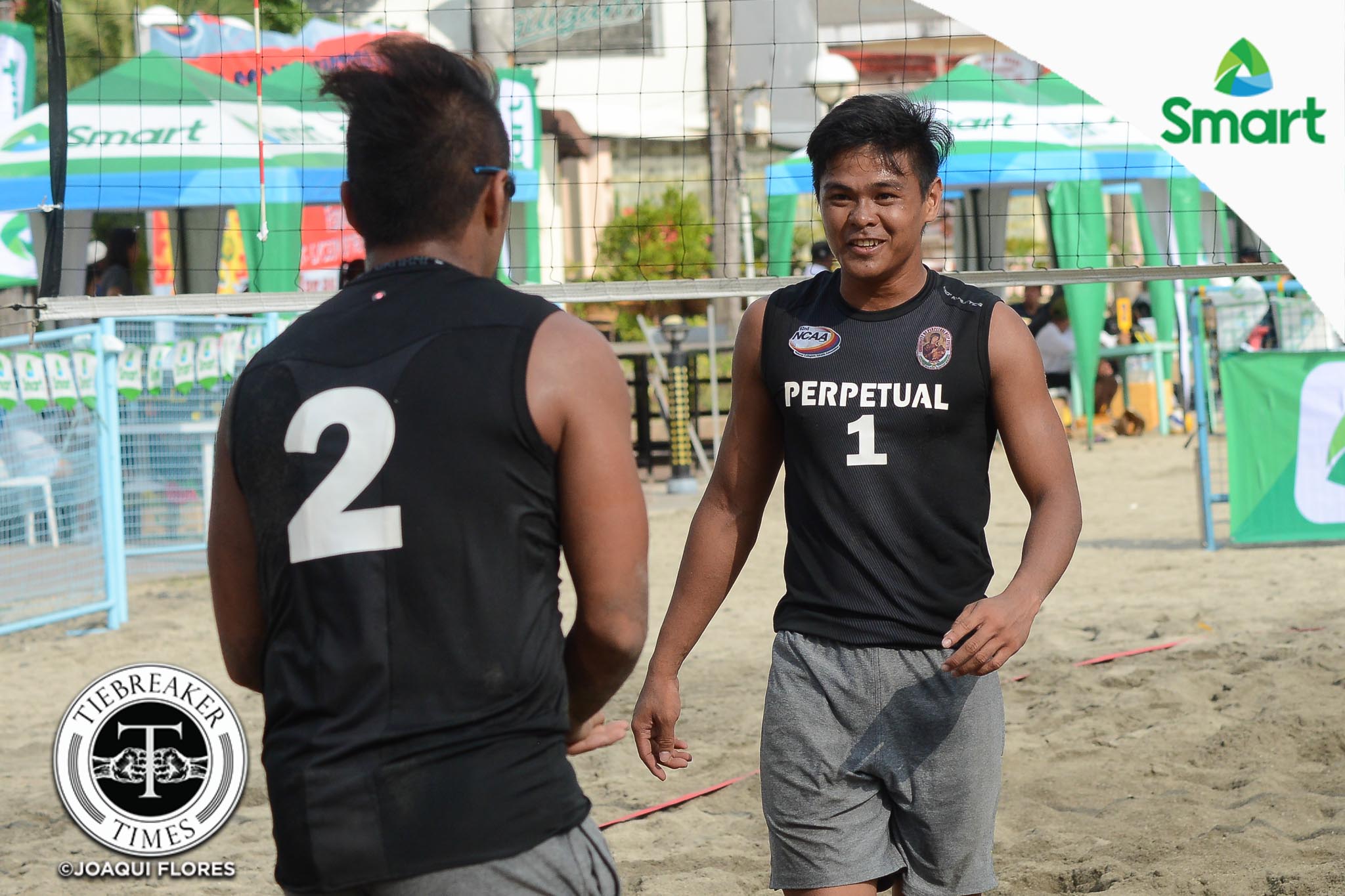 In the opening day of the NCAA Season 92 Men’s Beach Volleyball Tournament at the Boardwalk Beach in Subic Bay, Zambales, the Lyceum of the Philippines University Pirates, the Emilio Aguinaldo College Generals, and the Mapua Institute of Technology Cardinals all secured 2-0 records.

Having lost their champion duo of Philip Bagalay and Peejay Cuzon, the Mapua Cardinals showed that they’re still a force to be reckoned with, as their new tandem in Rey Arth Andaya and Sam Damian scored a 21-18, 22-20 win against Rey Dampitan, Jr. and Jethro Ferwelo of the Jose Rizal University Heavy Bombers and a 21-14, 21-13 win over the Colegio de San Juan de Letran Knights.

On the other hand, the brother tandem of Rey and Relan Taneo of the University of Perpetual Help Altas, last season’s bridesmaids, began their quest for redemption with strong wins over Letran and the San Beda College Red Lions. They notched a 21-15, 21-15 against the Letranite tandem of Bobby Gatdula and Christopher Cistina, and they followed it up with a 21-17, 21-19 outing against the Bedan duo of Mark Enciso and Rodel Casin.

EAC also saw itself in the same situation as Mapua. Losing their veteran duo of Howard Mojica and Kert Melizza, the Generals paraded the likes of Joshua Mina and Paolo Lim this season. The tandem proved to be effective on opening day as they scored a 21-16, 22-13 win against Ben Latip and Kenneth Aliyacyac of the Arellano University Chiefs and they followed it up with a 21-19, 22-20 victory against Christian Calonia and Jahir Ebrahim of San Sebastian.

The second day of this tournament shall resume on Thursday, February 23 starting at 7:00am.

Here are the rest of the opening day’s results: