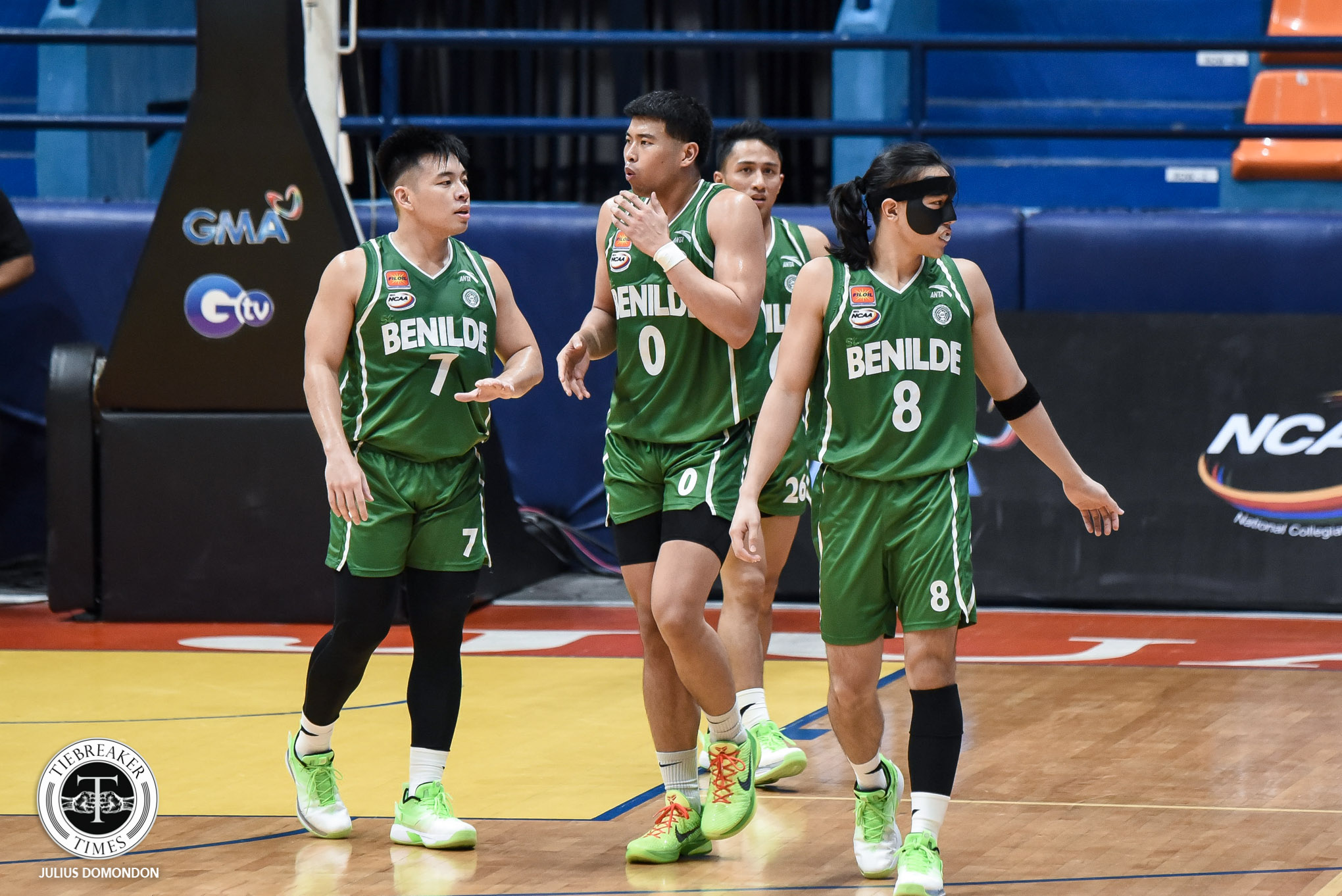 College of St. Benilde continued its dominance in the NCAA Season 98 Seniors Basketball Tournament, this time beating University of Perpetual Help System DALTA on an 81-64 blowout on Tuesday afternoon at the FilOil EcoOil Centre in San Juan City.

Only up by a point, 33-32 to end the first half, the Blazers turned things around in the third quarter scoring 32 points. Moreover, they limited Perpetual to five field goals the entire canto for a 65-42 advantage entering the final frame.

St. Benilde then got its biggest lead of the game, 69-44, in the fourth following a Macoy Marcos layup right at the 8:43-mark.

“Well, we felt at the first half we weren’t making shots. I thought we were playing okay, we’re playing solid defense, so we tried making adjustments at the half. Take a look what could work for us,” said Blazers head coach Charles Tiu.

“I’m thankful that the players eventually made their shots, so I give them the credit – they played much better in the third quarter,” he added.

The Altas were able to keep up with St. Benilde in the first half as they were even holding a 17-13 lead at the end of the first. Things started to collapse for them though in the third after a 12-0 start by the Blazers the Blazers.

Will Gozum finished with a double-double and a game-high 16 points and 12 rebounds, two assists and two blocks. Miguel Corteza had 15 markers and seven boards, while Rob Nayve contributed 12 points.

The Blazers are still unbeaten, now with a 3-0 win-loss record. The Altas on the other hand, dropped to 1-2.

CSB will try to extend its win streak to four against Colegio de San Juan de Letran (1-1) on Friday, 12:00 NN. Meanwhile, Perpetual will try to bounce back versus Mapua University (1-2) on the same day at 3:00 PM.