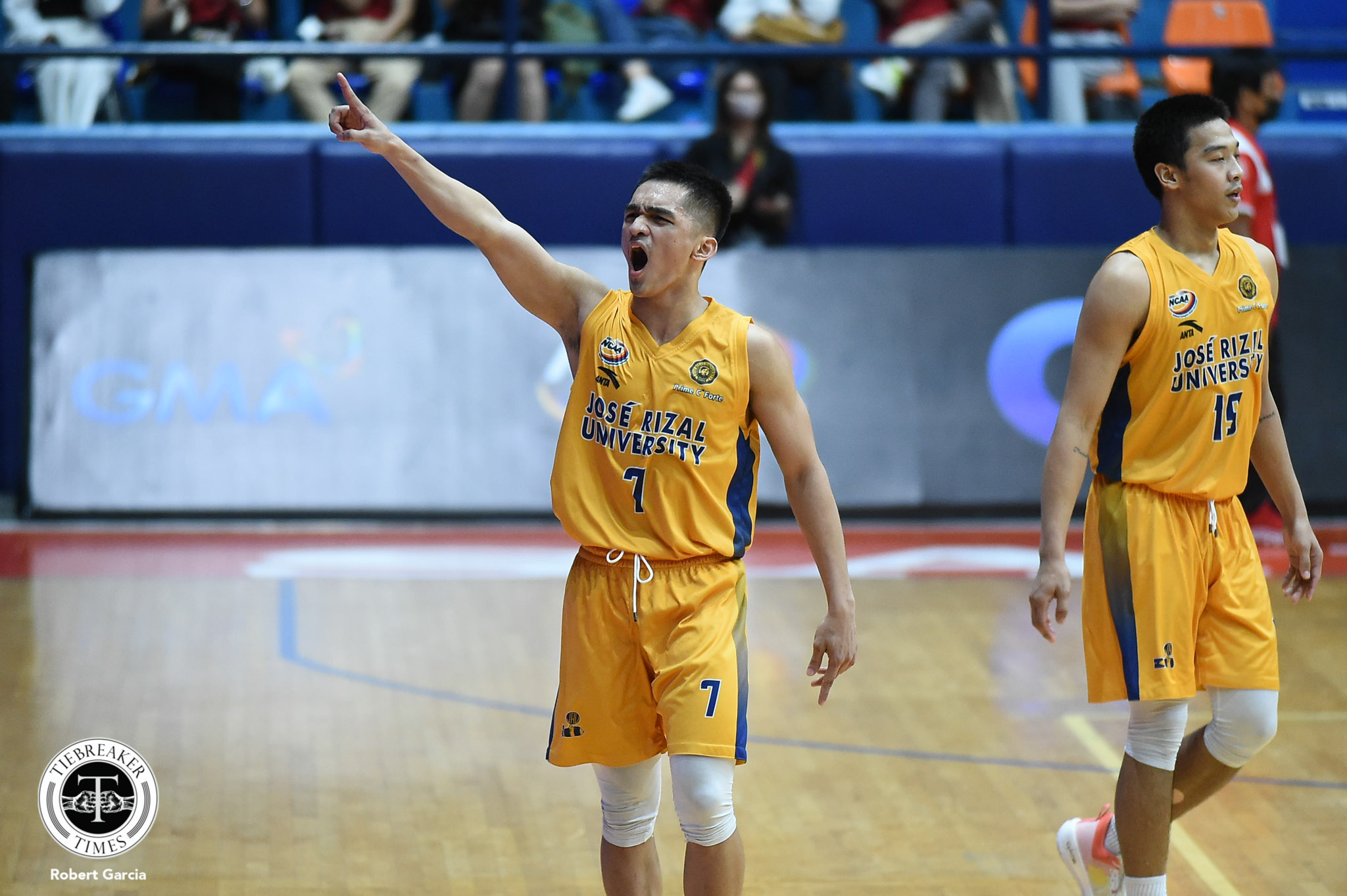 Jose Rizal University prevailed in the game of runs in the NCAA Season 98 Seniors Basketball Tournament after beating Lyceum University, 63-57, on Friday at the FilOil EcoOil Centre in San Juan City.

Down by nine, 47-56, entering the final five minutes of the contest, the Heavy Bombers sparked a 16-1 run in the endgame to take the win.

“Actually hindi ko nga napansin na it was a 16-1 run eh. Especially during the second half, nung naramdaman ko na yung game na to it’s a matter of my players playing as a unit and playing together,” said JRU head coach Louie Gonzalez.

JRU however answered back with their own 12-0 blast in the opening of the third canto capped by a JL Delos Santos bucket to get back in the game, however, Lyceum was able to retain the lead with a slight 49-43 advantage heading to the fourth.

Shawn Umali split his free throw in the next possession before John Amores nailed the dagger with a floater with 27-ticks left, 61-57.

Dionisio had a game-high 15 points on 6-of-12 shooting together with 10 rebounds and an assist, while William Sy added 10 markers, eight boards, and a dime.

JM Bravo was the only Pirate who scored double figures with 11 points and nine rebounds.

Both teams now have an identical record of 5-2, with JRU holding the advantage at the second spot.

The Heavy Bombers will look to extend their streak to six against San Sebastian College-Recoletos (2-4) on Tuesday at 12 NN, while the Pirates will play the same opponent on the same time on Sunday.