When Tab Baldwin attended the post-game press conference after the Ateneo de Manila University’s dominant win over the FEU Tamaraws, he tagged along two players.

Of course, he brought in Thirdy Ravena, who tallied 12 points and 10 rebounds, and who is one of the graduating seniors of the Blue Eagles.

But the other student-athlete came as a surprise. It was William Navarro.

“I just like to say the reason I asked Will to come — and I think that this is this should be a lesson for all of you people who watch the game — is you look at that stat sheet and everybody… Their eyes go to points and rebounds and assists, and that’s a huge mistake,” Baldwin opined.

Navarro had just four points, seven rebounds, and a steal in the game. But his standout number was his efficiency rating, as the former San Beda Red Lions tallied a season-high plus-30. 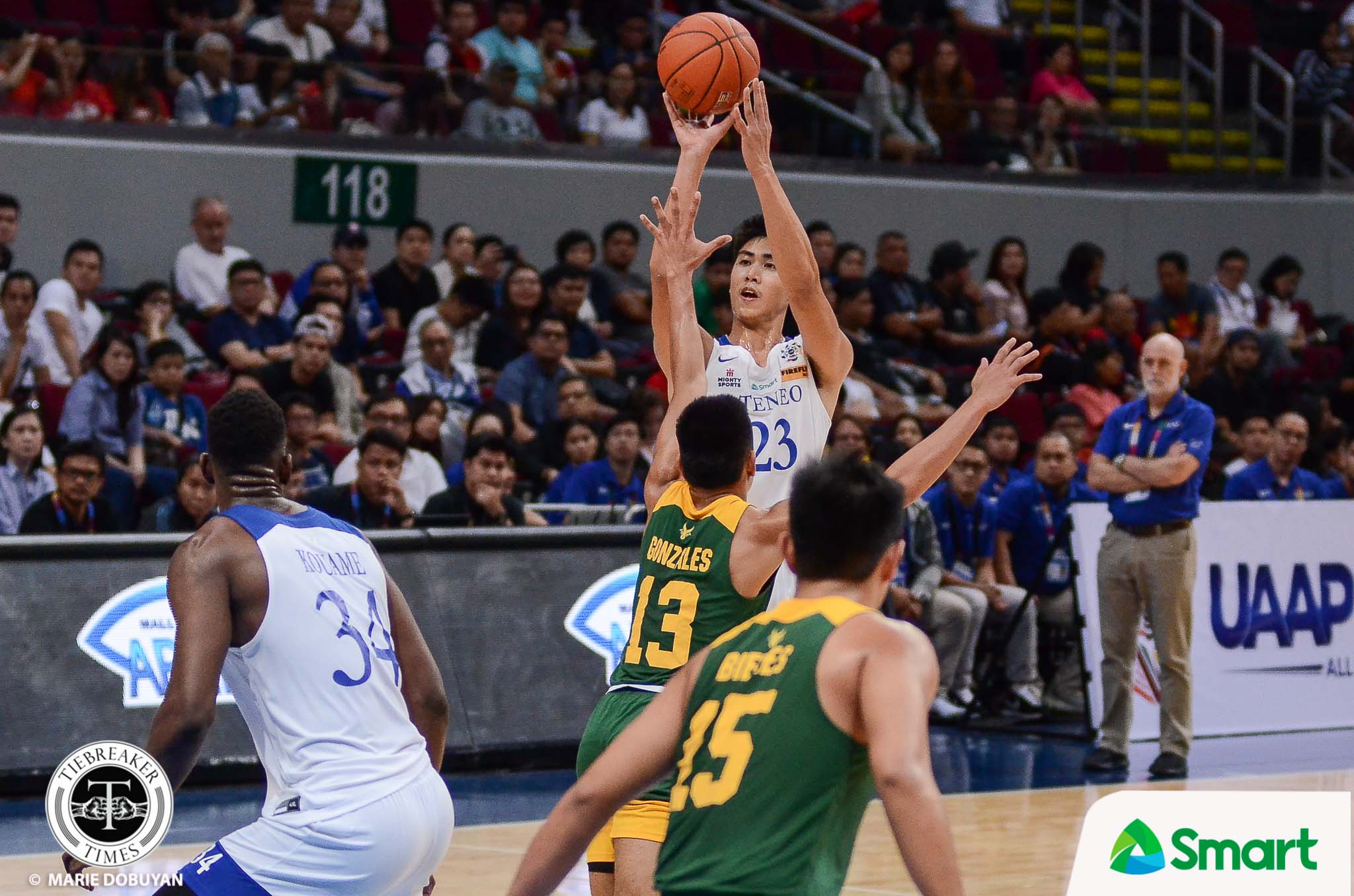 That high rating means that whenever he was on the floor, Ateneo’s lead grew and grew against FEU. And it’s because of the 6-foot-5 forwards ability to guard everyone on the floor.

“Let me give you an example. Early in the first half, you know, of course, the game was still close. Maybe we were up 5-0 or something like that. We had a play where Will switched on to [L-Jay] Gonzales,” recalled Baldwin. “Now most people would think that’s a prime attacking opportunity for Gonzales, but the way that Will is playing right now, with his length, his footwork, speed, and his confidence… He won that battle that one-on-one battle on that possession.

“And, you know, with his denial defense, and his switching defense, and rebounding and then he blocks [Patrick] T’chuente’s shot at the end of the game… All of those things mean that the other team isn’t putting points on the board,” he continued.

Seeing how hard Navarro works both on and off the court inspires even Thirdy Ravena to do more. Despite his two Finals MVP plums, he knows that he has to do more to be as versatile as Navarro.

“Marami din akong natututunan — even as a senior — kay Will. I see him all the time na pinapanood yung scouting, lahat, he gets every little detail done,” shared Ravena.

Still, Navarro knows that those are the roles that Baldwin has given him. And he plans on being the best at those things, as it is what is needed of him.

“I just did my job, that’s all. What coach wants us to do is doing the little things — every detail, screening, spacing on them, and everything, you just have to do what you’re supposed to do.”

Alex Diakhite does not take doctor’s advice, makes it count for UE