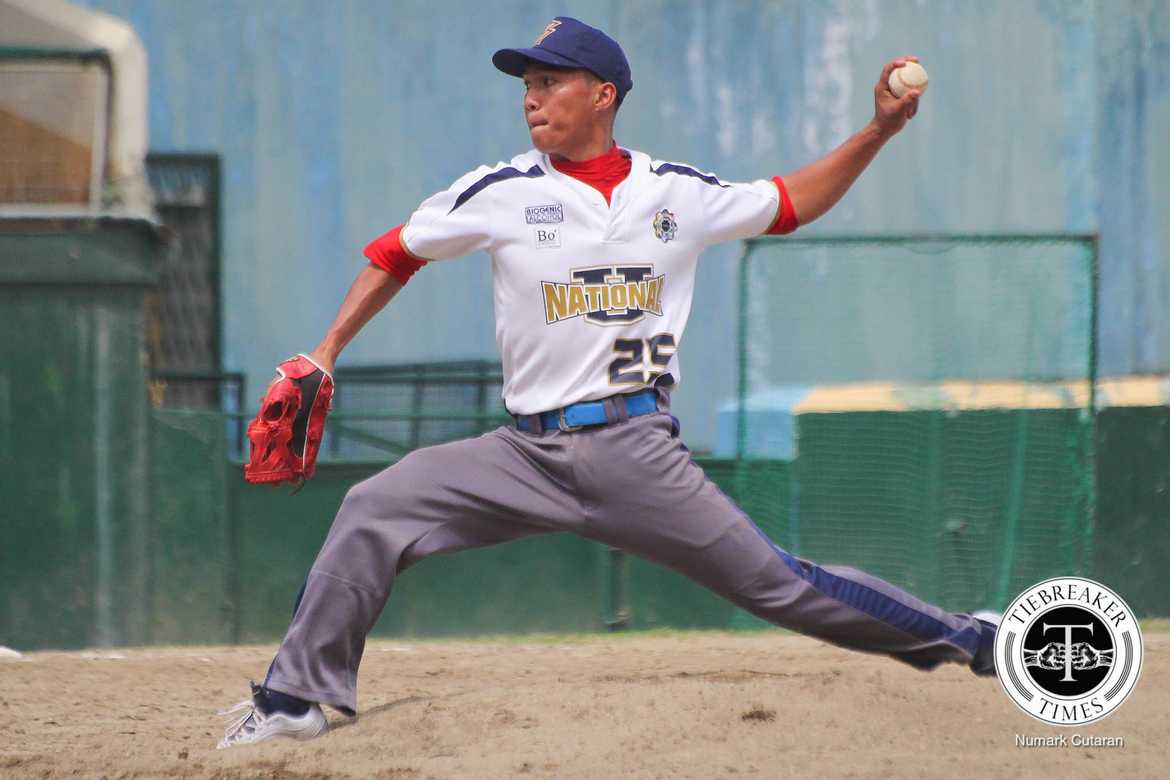 The De La Salle University Green Batters have safely secured their spot in the Finals while the National University Bulldogs needed a win to stay in the race for bronze.

The Bulldogs took advantage of an “experimental” Green Batter squad in a 4-1 win to arrest their four-game losing streak and, more importantly, keep their podium finish dreams alive.

Already in the finals, Coach Joseph Orillana told Tiebreaker Times that he and his coaching staff will utilize their entire bench in the final two games of the season to assess each player’s performance for the Finals. In doing so, lead-off batter Francis Salud missed his first game of the season to give rookie Jose Antonio Acuna exposure.

Rookie lefty pitcher Diego Lozano started on the mound for the Taft Avenue-based squad. Lozano did not allow any hits during the first three innings in a shutout of National University.

On the other end, third year left handed pitcher Junmar Diarao almost duplicated the feat. Diarao only allowed a single during that span. The only clean hit connected by the Green Batters was an Ignacio Escano two-out single during the first inning but was left stranded after a flyout of the next batter.

After a defensive conference for La Salle, Lozano was retired for the game in favor of Cholo Dominguez, an outfielder all throughout the season for the Green-and-White. Lead-off batter Julius Mondragon quickly connected on a base hit against Dominguez. After a standing strikeout of the next batter, Kenneth Ybanez gained base due to balls.

Clarence Caasalan popped a sacrifice fly to center field to bring home Mondragon. A fielding error by second baseman Acuna with Robin Libid at-bat then paved the way for an Ybanez run to give National University a 2-0 lead.

#ReadMore  UAAP Men's Football Tournament: Points of Discussion Ahead of the Business End

Diarao was able to hold the La Salle offense during the bottom end of the third inning that would have wasted their efforts. With one out and Escano gaining base, Carlos Munoz connected with a grounder to center field to try and spark a rally. A throwing error by Mondragon to try and oust a runner led to an Escano run. A calm Diarao was able to strikeout the next two batters to leave three runners on base.

Mondragon and Cyruz Barit were able to provide the Bulldogs the insurance runs during the ninth inning. Against a cold Boo Barandiaran, La Salle’s fourth pitcher of the game, Ericson Villalobos and Mondragon were able to gain base while a walk of Cyruz Barit loaded the bases for NU. Another walk due to balls against Ybanez gave Mondragon a run while Barit was able to pinch in the Bulldogs’ last run of the game after a fielders choice attempt that knocked off Ybanez at second base.

Again, the Green Batters appeared lackadaisical in the next closing innings of the game. Diarao did not allow any hits up until the bottom of the ninth inning. As Munoz connected with another base hit to open the inning, a flyout of Gesmundo and two consecutive strikeouts by Diarao closed out the game for the Bulldogs, 4-1.

The NU Bulldogs are set to face the UP Fighting Maroons on Sunday, March 4 in their final game of the season. An NU win does not guarantee them of third place tough as the UST Golden Sox, if they win against Adamson, hold a tiebreaker advantage over them.

On the other hand, the DLSU Green Batters face rivals Ateneo in the second game of the day with the winner gaining the home team advantage for the Finals.