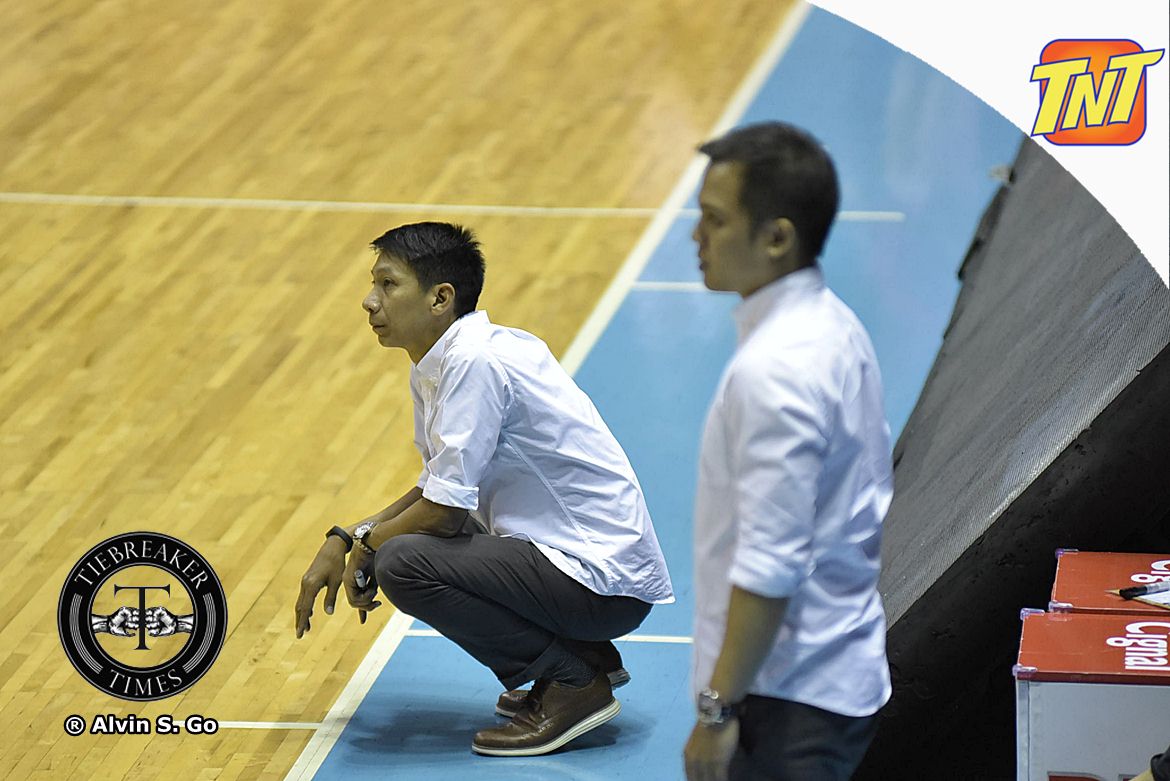 For TNT head coach Nash Racela, the Katropa’s 111-98 loss to the San Miguel Beermen in Game 1 of their semis match-up is linked to the breakdowns his wards had made on the defensive side of the floor.

Furthermore, Racela admitted that defending a team such as the Beermen is a daunting task they have to face, pointing out that their opponents have too many weapons, especially in the offensive end.

“They came out firing on all cylinders,” said Racela to the press after a lengthy stay inside the TNT locker room.

“Mahirap when you play a team like San Miguel. Mahirap because you have to focus on June Mar [Fajardo] and then guys start to make their three-pointers. So medyo mahirap para sa amin.

“We made a lot of breakdowns defensively. We made a lot of mistakes but yet nandoon lang naman kami sa game. We were down 10, 12 points. We just couldn’t go over that hump,” admitted the 45-year-old mentor, who is in his first ever semis appearance as a head coach.

The defensive breakdown Racela spoke about was TNT’s poor effort in stopping SMB’s shooting and ball movement. As a result, SMB shot a blistering 41-of-73 from the floor en route to 56 percent — with most of those shots coming from 24 assists they dished.

Prior to Wednesday night’s Game 1, TNT had played two straight quarterfinal games against the Globalport Batang Pier last Saturday and just this Monday. When asked if fatigue had kicked in with his players, Racela thought otherwise.

“I told them you can’t think that you are tired. This is just Game 1 of the series, you have 6 more games. E kung ngayon pa lang iniisip mo na pagod ka na e ‘di talo ka na kaagad.

“And if you look at the numbers, the San Miguel players, they play longer minutes especially their starting unit. We don’t want to accept that ‘yung fatigue is an issue for us,” Racela iterated.

As the Katropa gear up for Game 2 this coming Friday, Racela vowed that he and the TNT will find ways to neutralize the Beermen’s fiery attacks.

“We’ll find ways. Ganoon naman e. It’s a series. I know it’s gonna be a long series so if one thing does not work then you look at another one. And hopefully you find the right scheme that would make stops.”