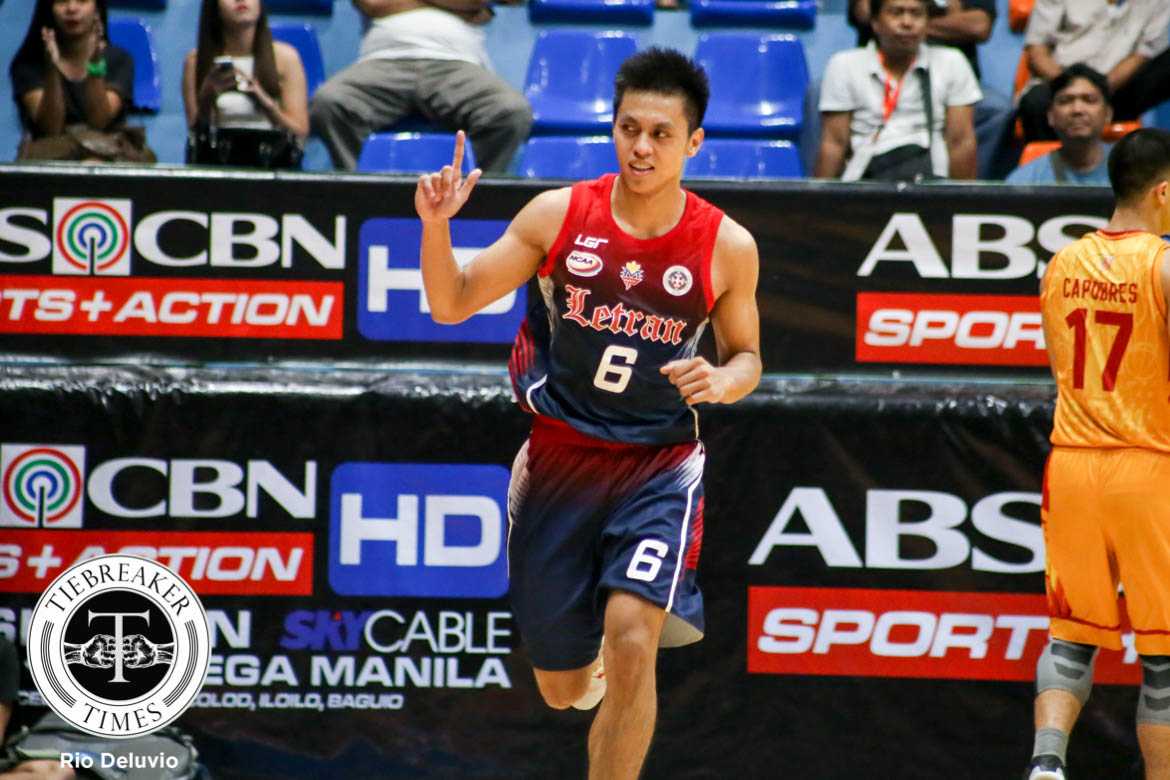 After breaking his own record two games ago, Rey Nambatac upped the ante in raising his career-high in the Colegio de San Juan de Letran Knights’ 90-77 win over the San Sebastian College-Recoletos Golden Stags Tuesday afternoon at the Filoil Flying V Centre in San Juan City.

Nambatac scored a season-high 40 points on 13-for-24 shooting from the field and 9-for-10 from the stripe. He knocked down five triples while grabbed 10 rebounds for good measure.

The Cagayan de Oro-native had already tallied 20 points during the half to help give Letran a 43-38 lead.

However, the Stags continued to keep the game close behind the troika of Regille Ilagan, Ryan Costelo, and Alvin Capobres. Ilagan was able to knock down back-to-back triples to open the final frame to cut the lead to just four, 67-63, with 8:05 remaining in the game.

With San Sebastian breathing down on their necks, Nambatac connected on his fifth triple of the game with five minutes left to halt the Baste rally.

McJour Luib then gained the hot hand in knocking down three rainbows in a span of three minutes to extend the Letran lead to a game-high 13 point lead, 87-74, with 51 ticks remaining. Nambatac then capped his scintillating performance with a highlight and-one play, blowing past three San Sebastian defenders before gaining the hoop plus the harm from Capobres.

READ  Black on Stepheson's struggle against TNT locals: 'If you did that against me, I’m gonna get 50'

More importantly for the Knights, they have won four straight games.

Luib continues to find the stroke from distance in knocking down four threes for 12 markers. Jerrick Balanza added 11 points while JP Calvo almost notched a double-double with 10 points and eight assists.

For the Stags, Ilagan led the way with 23 points. Capobres notched another double-double with 11 points and 12 rebounds.

Australia send Philippines to tougher route to the championship