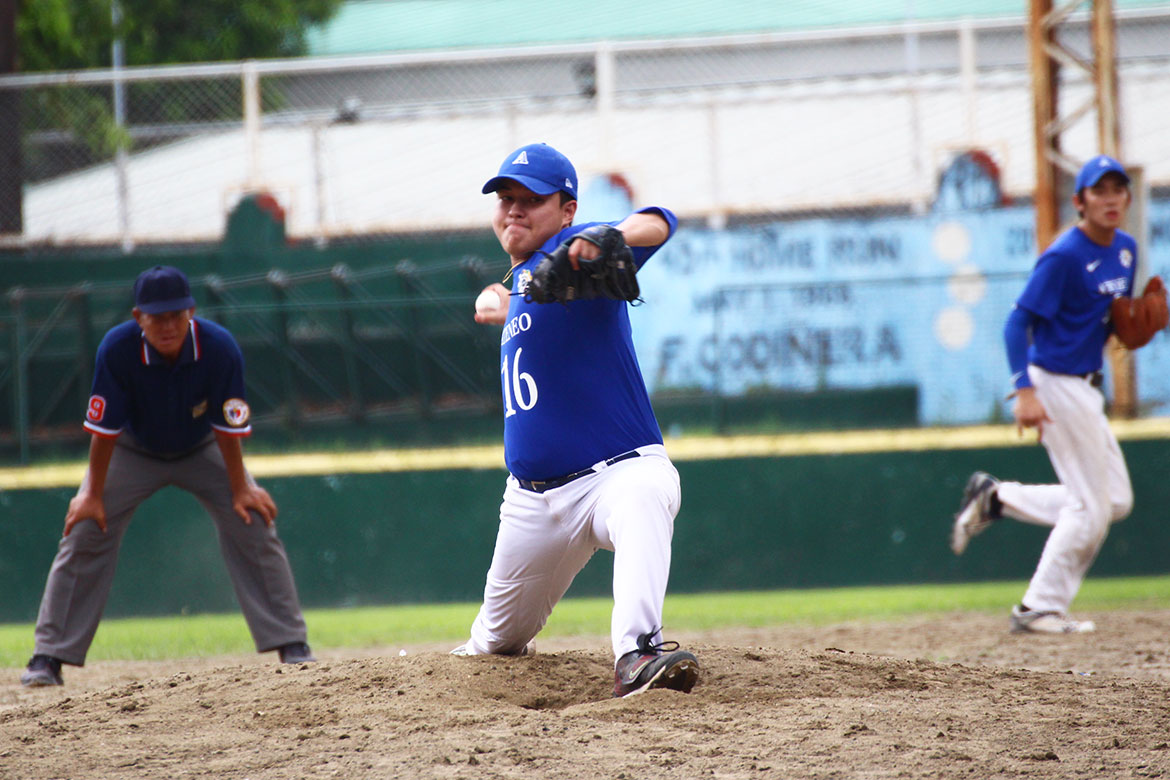 Coming off a runner-up finish in the 2018 Hong Kong International Open last month, the Ateneo Blue Eagles showed no signs of letting up in their first game in the Philippine Baseball League, romping the UP Fighting Maroons, 15-2 abb. 7th inning, Sunday afternoon at the Rizal Memorial Baseball Stadium.

“I’m actually impressed with our pitchers. They were able to get us some time before our offense started to click,” said first-year Ateneo head coach Bocc Bernardo.

During the third inning, graduating center fielder Radito Banzon was able to get the first hit and, later on, the first run of Ateneo. From there, the rest of the Ateneo offense followed suit.

The Blue Eagles were able to punch in four more runs on three hits during the next two innings to go up 7-0.

Then in the sixth inning, Ateneo fired on all cylinders, punching in eight more runs. During that rally, Banzon and returning Blue Eagles Gino Tantuico and Ryon Tionloc connected on hits. The rally was capped by a triple courtesy of catcher Javi Macasaet to seal the mercy rule victory.

“Then of course, Luis Benedicto, our rookie, was able to continue what Nacho was doing,” beamed Bernardo, himself a former catcher for the Blue Eagles. “It is very important for us to establish our bullpen before we enter the UAAP.”

Jerome Yenson, who steered Adamson to the UAAP Season 80 championship, pitched the first two innings of the game for IPPC.

In a battle between UAAP squads, La Salle went to 2-0 after routing the UST Golden Sox, 13-6.

On Saturday, the Green Batters look to make it three in a row when they face the National University Bulldogs (0-1) to open the day. Ateneo will have a tough task as they take on Bernardo and IPPC afterwards. Capping the triple-header is a showdown between the University of Santo Tomas and Adamson University.