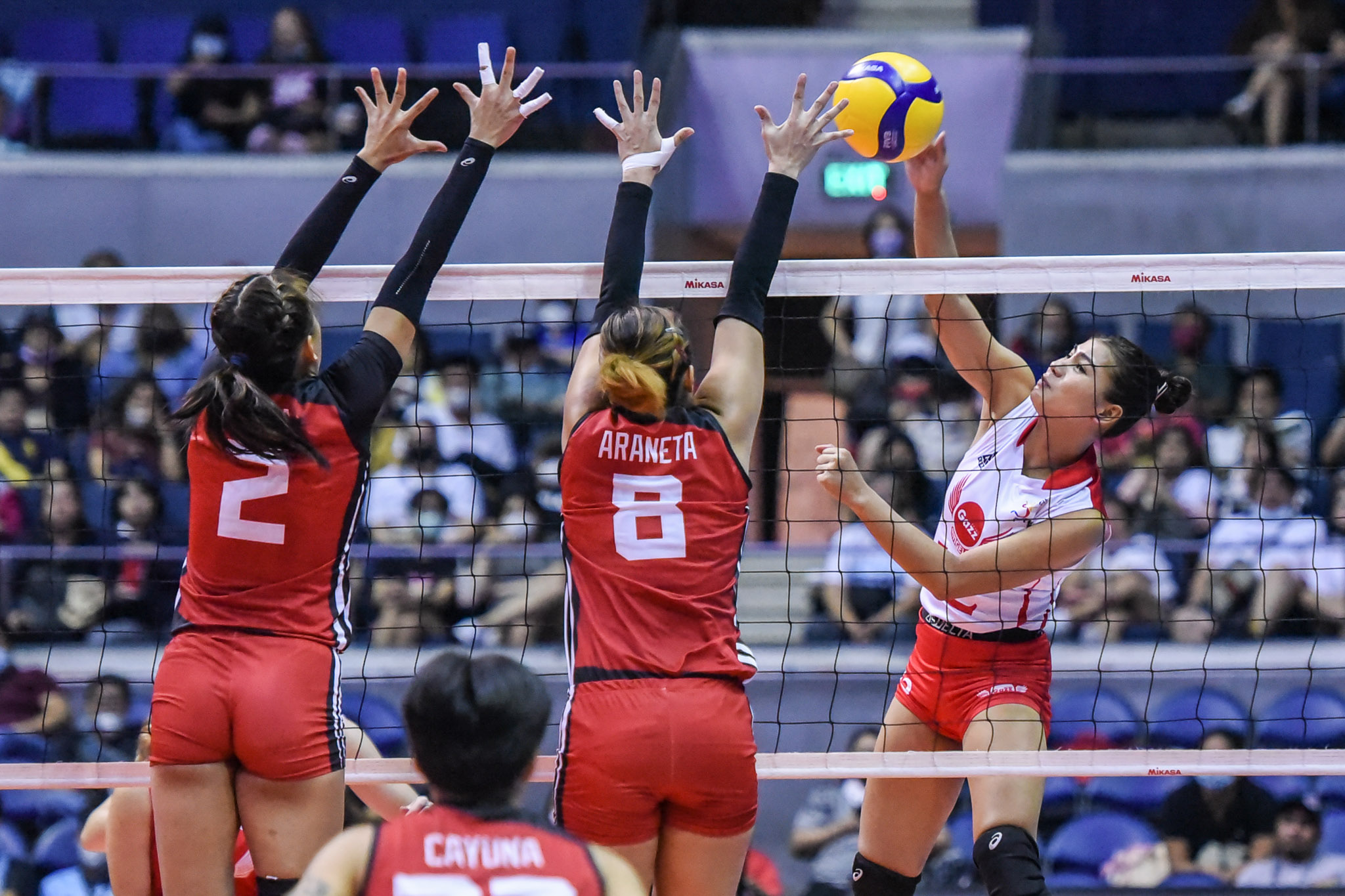 The 5-foot-10 outside hitter produced a vintage “Bagyong Pablo” performance in the Angels’ semifinal straight-sets win against Chery Tiggo, going for 15 points on 11 attacks and four blocks.

After three games, Petro Gazz found itself in the Top Two to advance to the best-of-three Finals and will face Cignal.

In Game One, Pablo showed out anew, shining along with Aiza Maizo-Pontillas to lead the local crew with 10 points apiece including clutch hits in their 25-21, 27-25, 37-35 win to move on the verge of the championship.

The Angels look to clinch the title and make it back-to-back Reinforced crown on Tuesday, 5:30 pm, at the Philsports Arena in Pasig.

However, Pablo was not part of that team. She last won a championship way back in 2017, reigning supreme in the Reinforced Conference with Pocari Sweat.

The Lady Warriors turned back BaliPure in three games to win the chip. Pablo was named Most Valuable Player of the Finals.

And just one game away from returning to the highest of highs, Pablo would not let go of the opportunity to be called champion again.