Omega Esports stunned ECHO, securing a huge 3-0 win in the first round of the MPL Philippines Season Nine playoffs at the SMX Convention Center in Pasay on Thursday.

The SMART-powered squad, after trailing in the early minutes of Game Three, contested the third Lord of the contest.

Joshua “Ch4knu” Mangilog (Atlas) then made the biggest play in the series-clinching match, using his Fatal Links to zone out Karl “KarlTzy” Nepomuceno’s Balmond which allowed Dean “Raizen” Sumagui’s Chou to secure the objective.

Omega Esports then went for the death push right after to seal the series.

With ECHO ahead by as much as 4K heading into the 10th minute of Game One, Duane “Kelra” Pillas’ Wanwan activated his Crossbow of Tang to lead a three-for-none exchange which gave Omega Esports a free run at the Lord.

Also making his mark in that crucial clash was Raizen on his Akai, ruining ECHO’s positioning which allowed Kelra to pop his ultimate.

Omega Esports then went for the second Lord of the contest before securing a five-man wipe to secure the 1-0 lead in 15 minutes and 23 seconds.

With ECHO freeing Wanwan in the early phase of the Game Two draft, Omega Esports once again picked Kelra’s sensational hero while also picking one of its counters in Masha which went to the hands of Renz “Renzio” Cadua.

ECHO, who selected Dyroth for KarlTzy, had a plethora of problems in the early game. With no hero there to soak up damage, Omega Esports ran roughshod with Kelra piercing ECHO’s composition.

The super team showed signs of hope with KurtTzy’s Xavier stealing the Luminous Lord at the 20:31-mark through his Dawning Light.

That, however, was not enough, as ECHO failed to take down Omega Esports’ inhibitor turrets.

Omega then secured the Luminous Lord in the 23:51-mark before Renzio’s Masha capped off the rousing win with a Savage in the final seconds.

Renzio finished with eight kills, two deaths, and six assists on Masha while Ch4knu’s Hilda supplied a game-high 17 assists along with two kills and two deaths.

Omega Esports will face the second-ranked TNC in the second round tomorrow, Friday at 6:00 PM.

ECHO, on the other hand, will end its season at 5th-6th place. 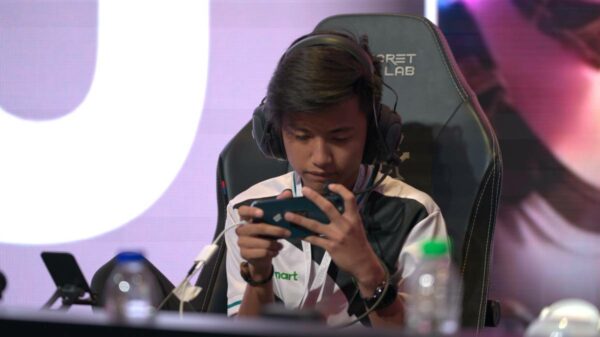