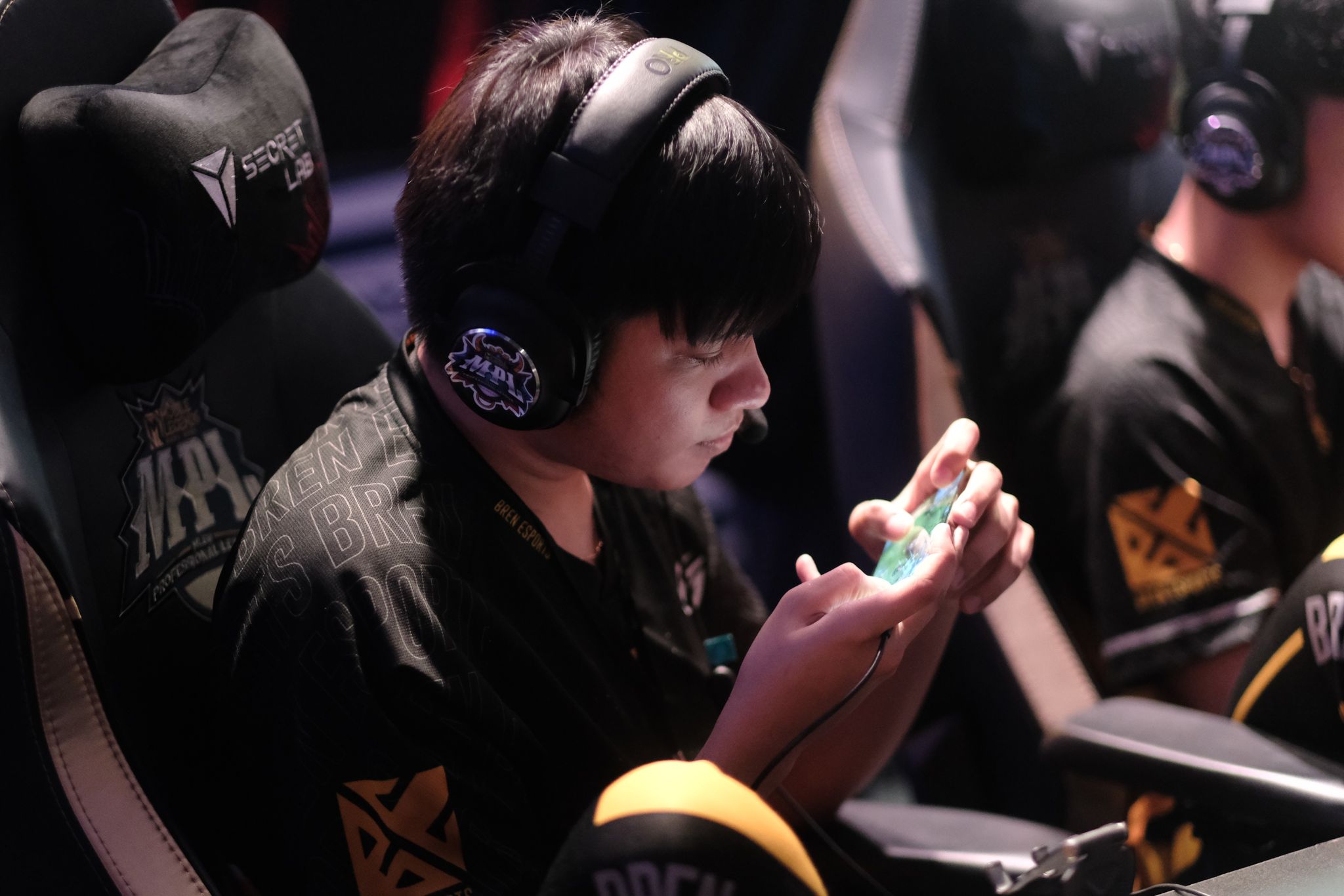 Bren Esports took down RSG PH, 2-1, as both teams entered the MPL Philippines Season 10 playoffs, Saturday at the ICITE Auditorium.

The M2 World Champion (7-5) and the defending MPL PH champion (6-5) are tied at the fifth spot with 18 points apiece. Despite the loss, RSG PH also secured its spot in the playoffs which meant that Nexplay EVOS and TNC have officially bowed out of the playoffs race.

“I’m just happy that they have a really open mind. They actually don’t like giving up early, although there are times na they would have fun pero resiliency is one of their defining characteristics,” said Bren Esports head coach Francis “Duckey” Glindro.

Kyle “KyleTzy” Sayson’s Retribution game was on-point in Game One, securing the game-winning Lord during the 18th minute that allowed Bren Esports to take a 1-0 advantage over RSG PH.

Angelo “Pheww” Arcangel (Kadita) then scored a double kill that gave Bren Esports a three-for-one trade after the clash. The M2 World Champions then went for the death push right after.

RSG PH then bounced back in Game Two, with Dylan “Light” Catipon (Atlas) securing a crucial pickoff on Super Marco (Karrie) during the 19th minute that also allowed them to take down Pheww’s Lylia which eventually sealed them the win.

Light finished with a game-high 21 assists laced with a kill and five deaths in the 32-15 Game Two win while Jhonard “Demonkite” Caranto delivered 10 kills and 13 assists against three deaths on Karina.

After dropping the ball in Game Two, Bren Esports made sure to come out victorious in Game Three after bagging the 16th minute Lord before taking down Dexter “Exort” Martinez’s Lunox and Nathanael “Nathzz” Estrologo’s Paquito.

Bren Esports finished it up by locking onto RSG PH’s base right after the clash.

Bren Esports will face Omega Esports on Friday at 5:00 PM while RSG PH will take on Nexplay EVOS tomorrow, Sunday also at 5:00 PM.