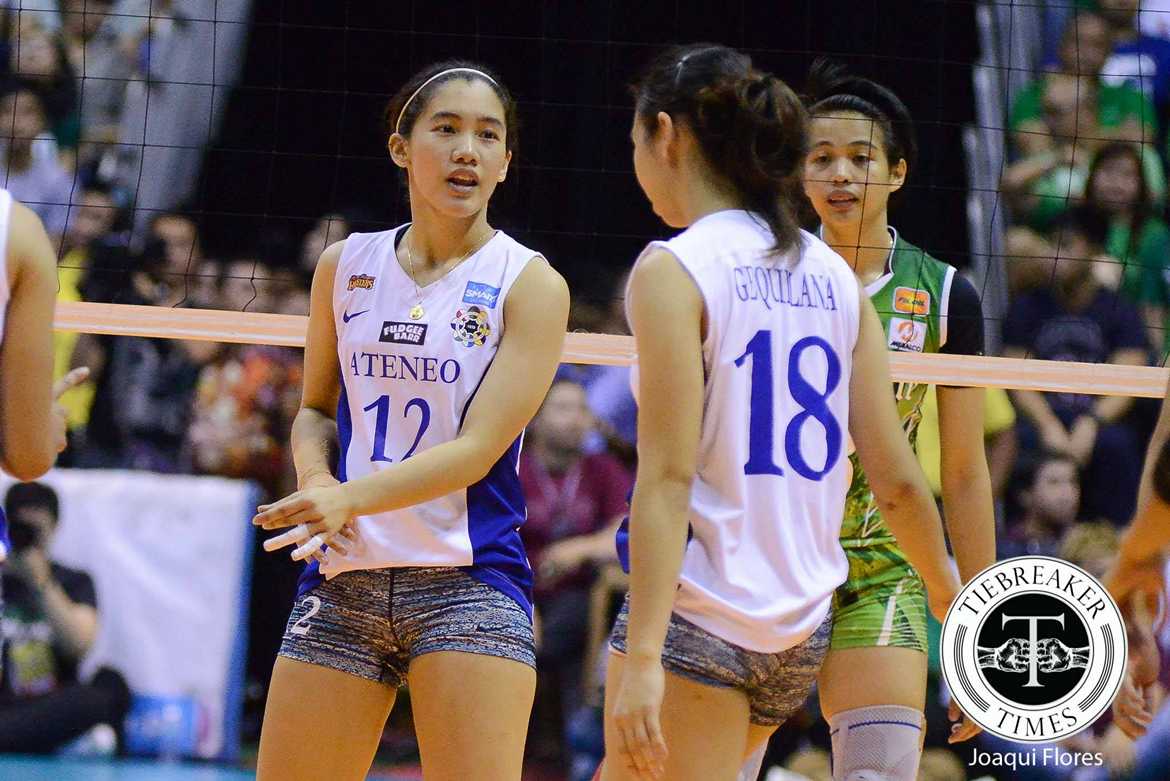 For the first time in her collegiate career, Jia Morado lost in the UAAP Finals as the Ateneo de Manila University Lady Eagles succumbed to the De La Salle University Lady Spikers in three grueling games.

Last season’s Best Setter was still upbeat when Tiebreaker Times caught up with her after the match.

“I’m pretty thankful. Surprisingly, I’m not that down. Pero we wanted to give our seniors the best possible exit, pero if it’s not God’s will, we’ll just be thankful,” Morado said. “Our goal naman every year is to make the Final Four to make the Finals. We can’t expect to win all the time. There’s always someone who’s better.”

With the series over, the 20-year-old finally shared what had happened to her heavily taped arms during the series. It had been visible all throughout that she had been trying to hide and not make a fuss about her injury, going as far as using skin-toned tape. This speaks a lot to how focused Morado was on getting another championship.

“I collided with a teammate during practice the night before Game One. Na-sprain ko yung wrists ko but it’s not something that affects my game,” Morado recalled.

Looking back at the match, Morado was still proud her teammates had kept fighting even if La Salle had them buried beneath a huge deficit.

“Hindi pa naman tapos. We were convincing ourselves na it’s not over until someone reaches 25. There’s no use giving up that early kahit tambak kami. It’s not how we’re supposed to be playing,” she said.

Morado’s mood suddenly shifted when asked about her team captain, Alyssa Valdez. Catching a glimmer in her eye, Morado gushed about the graduating Phenom.

“She’s really one of the biggest role models I have,” Morado expressed as her voice cracked,fighting back tears. “She knows what to do inside the court kahit anong mangayri. We really look up to her kahit anong mangyari.

“Even though she’s exiting from the team tapos magiging alumni na siya, she’s going to remain as one of our leaders.”

With Valdez and middle hitter Amy Ahomiro gone, Morado is being pegged as Ateneo’s leader in the coming seasons. The incoming senior vowed that a prepared and motivated Lady Eagles squad will come out next season

“We’re going to prepare, like always. We’re going to remain hopeful, do our best, and hope that’s enough to get us back to our goals.”

Bo Perasol returns home to UP