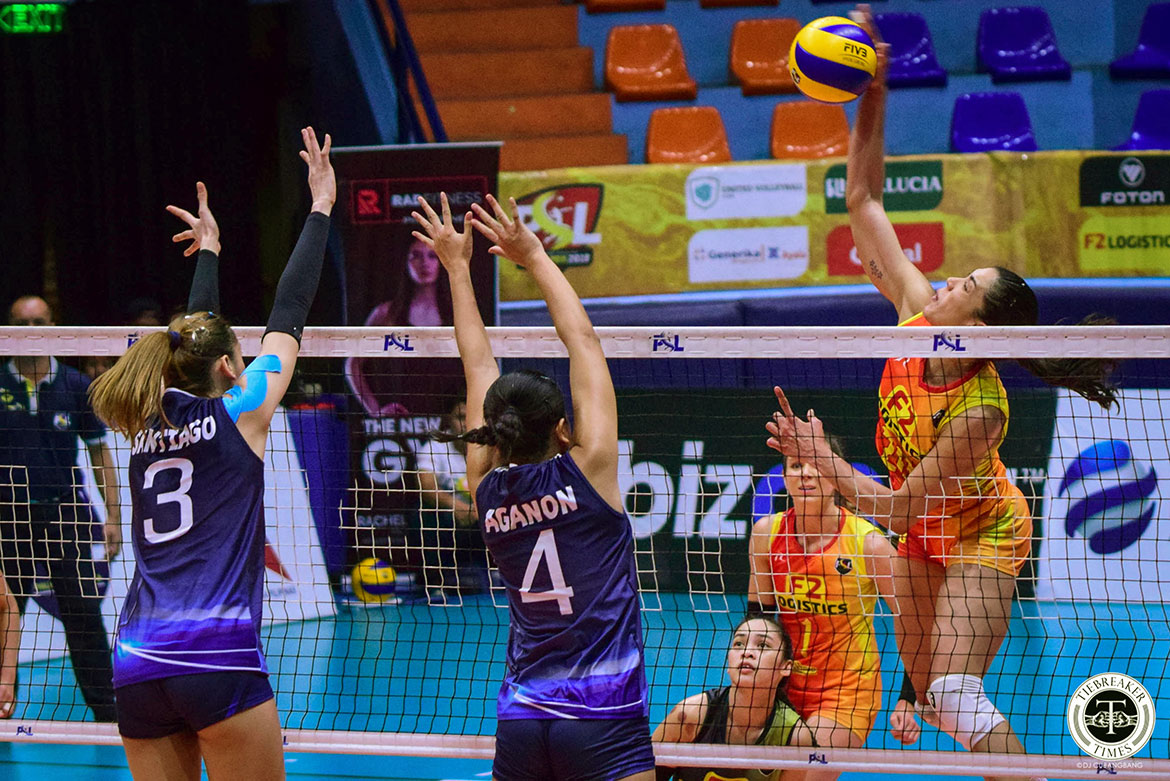 Olympian Maria Jose Perez has played all over the world, but considers the Philippines one of her favorite places.

When F2 Logistics came calling late in the 2019 Philippine Superliga Grand Prix elimination round, the Venezuelan was easily swayed to return. She hashed out an agreement with Italian club Golden Tulip Volalto Caserta and returned to the PSL.

When Foton threatened to cut short her third PSL stint at the quarterfinals, Perez found her groove and led F2 Logistics in their do-or-die duel.

It was easy for the 31-year-old to adapt to F2 Logistics since the club has kept their lineup mostly the same over the years. They even added Lindsay Stalzer, with whom Perez had played in Indonesia in 2017.

“I think we all knew that we could win. [The] Last game gave us more passion and motivated us to win this game. It’s important for us to go to the semifinals because our goal is to get to the Finals. We know that we could not let anyone just take it from us. We needed to fight,” said the 2017 Grand Prix MVP, who stands at 6-foot-2.

The challenge from Foton, Perez thinks, will push them forward as they aim to get past the PLDT Home Fibr Power Hitters in the best-of-three semifinals.

“I think after two challenging games, we got more confident because now we know that we can do more. We worked hard and we just need to keep doing that.”