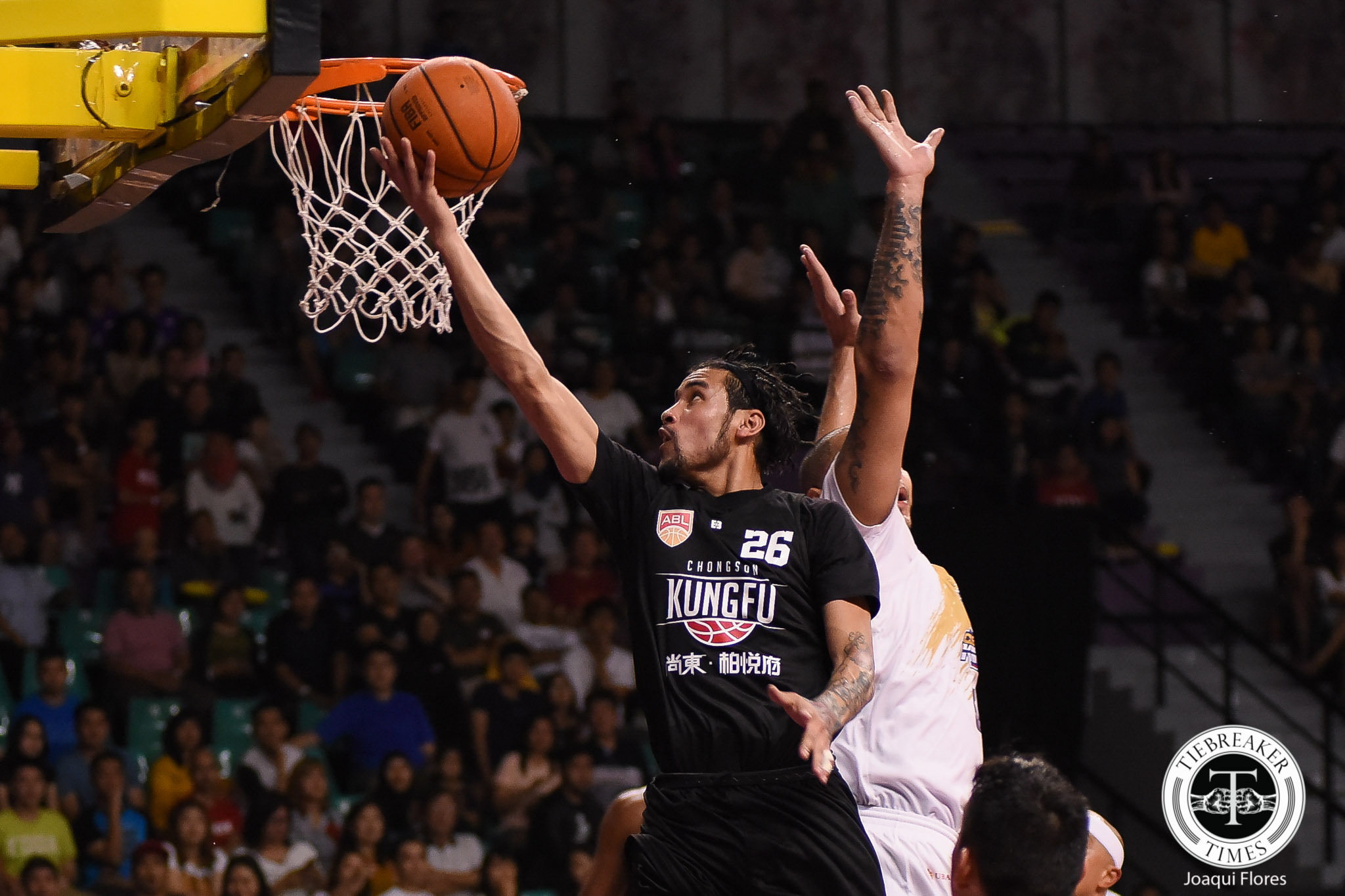 Second-running Chong Son Kung Fu Basketball are on another winning streak as they collected their second straight victory at the expense of the Westports Malaysia Dragons, 96-79, Thursday night at Nanhai Gymnasium in China.

Kung Fu improved to 5-1 and solidified their hold of the second spot in the standings, while the Dragons dropped their second game in a row and are now 3-6.

The home team roared to a good start by opening the match with a 15-5 spree thanks to the foreign troika of Justin Howard, Tiongson and McKinney — a lead that ballooned to 16 points, 31-15, with 8:36 to go in the second chapter.

The Dragons came back to life after being buried, outscoring Kung Fu, 21-18, behind Fil-American Joshua Munzon and American AJ West, to wipe the huge gap and close within just four, 44-48, at the half.

That, however, proved to be the closest Westports could get. Kung Fu opened the third with a 9-2 run to regain their double-digit lead, and moments later, they led by 16 once more, 67-51, after Tiongson’s trey with 5:12 on the clock.

Chongson never let up after that. They posted the game’s widest margin at 28 points, 79-51, after McKinney’s basket with 1:59 remaining in the third quarter — more than enough to make things all but settled.