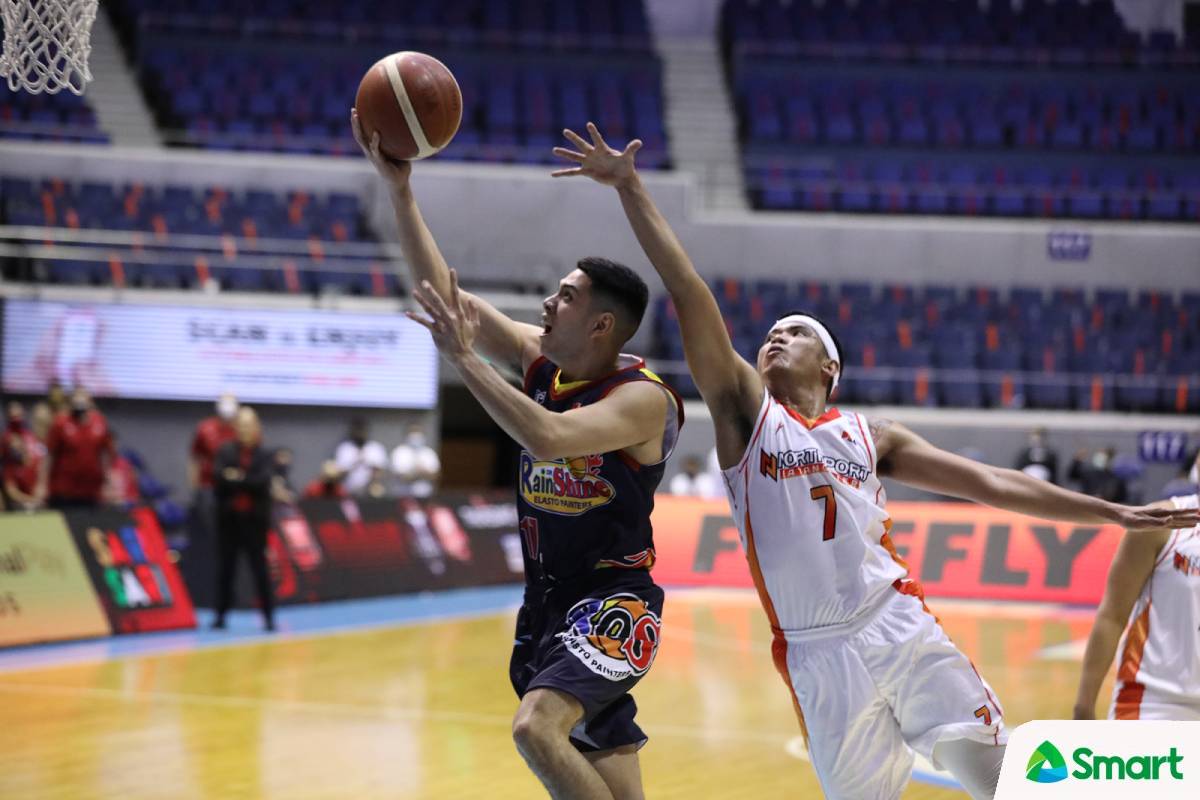 Mike Nieto had a sensational PBA debut as he led Rain or Shine past NorthPort, 104-90, in the Governors’ Cup, Saturday night at SMART Araneta Coliseum.

The Gilas draftee was part of the starting five and finished with 21 points on a 47-percent clip from the field, including 4-of-7 from deep. He also had eight rebounds, two assists, and a steal in a turnover-less performance.

He was essential most especially in the third, helping out in a 16-0 run that gave his side a 76-58 lead as the opposition knocked to within two.

And when the Batang Pier knocked within single digits late in the final frame, he sank a triple to keep them at bay as the Elasto Painters went on to bag home the victory to improve their card to an even 3-3 slate.

“I’ve never seen anyone have more floor burns on his first day of practice than Mike Nieto for as long as I’ve been here,” said coach Chris Gavina. “Just credit to the type of player he is and the intensity and effort that he brings.

“He probably works harder in practice than in the game. He was just having fun out there. We’re really glad he came in and injected the energy and the effort for us to come out with a big win tonight,” he added.

Impressive as well in the triumph was import Henry Walker, who finished with a triple-double to the tune of 17 points, 11 rebounds, and 10 assists.

Norbert Torres had 12 points. Anton Asistio made 11, as Gabe Norwood added 11 markers and five boards as Rain or Shine pulled through even without top guard Rey Nambatac due to a minor knee injury.

“Our sense of urgency coming in this game was big. You get too far down, it’s hard to climb up especially our schedule doesn’t get any easier,” said Gavina.

Meanwhile, new import Jamel Artis led NorthPort with 23 points and 10 rebounds in the loss, which is their fifth in as many games.

Kevin Ferrer likewise had 23 points. Jamie Malonzo made 13 points, while Arwind Santos had a double-double of 11 and 13.

The Batang Pier were without star guard Robert Bolick despite re-signing with the team on Friday. He only watched from the sidelines.

NorthPort will take on second-running Meralco on Thursday in an attempt to end their winless skid in the season-ending conference.